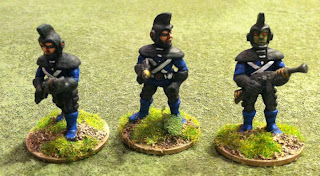 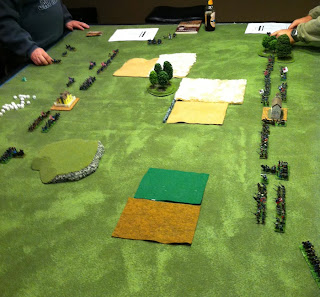 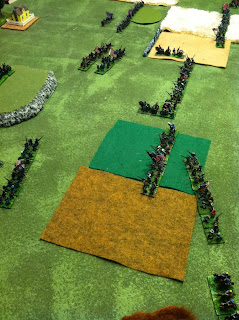 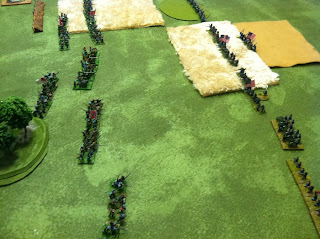 The scenario was #8: the Cornfields. (I gotta work on my fields) The standing crops didn't prove much of a barrier to either side. The Rebs started out aggressive, but quickly began to fight a holding action. LS favors the the side that engages in combat the most. The most an attacker takes in a charge is one stand loss. So when possible ATTACK!
The fight ended as a draw, but I think maybe the Union took the most losses. That's OK, they can afford it.
Posted by BaronVonJ at 8:26 AM

Clearly Emperor Xorg is a man to be feared!

Very nice! I like the retro sci-fi guys. Who makes them?

Nice figs, should have looked at your Maurice regiment when I had the chance.