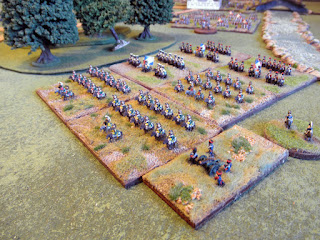 Here come the French Horse
Another Thursday, another night I didn't have to run a game. This time it was an old favorite, Essjam's 6mm Fast Play Grande Armee (FPGA).
The French had just crossed the Danube, but poor scouting found them smacking into a large Austrian force. They were bottled up, and needed to break out. We only had 3 players, which is unusual for us, so there would be a lot of lead for each of us to push around. 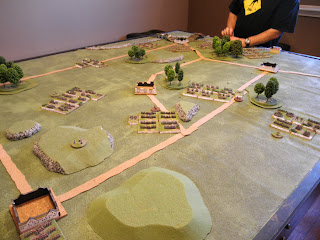 The field with the French crammed in the far corner. 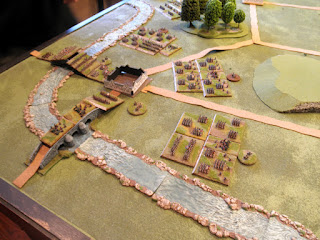 The French attempt a breakout 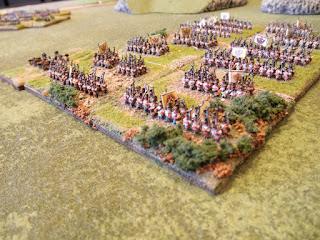 The Austrians march boldly to their doom 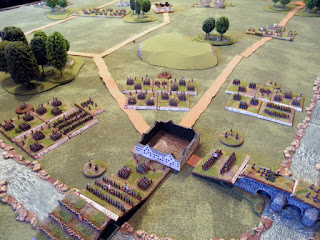 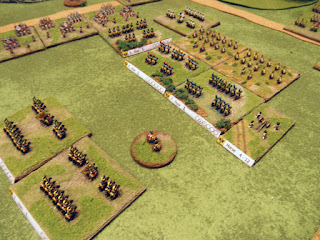 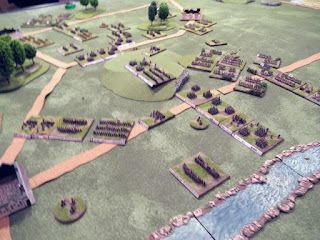 With the sun going down, the French had managed to batter the Austrians pretty soundly, but it didn't look like they would get their troops off the table. It was a tough nut for the French to crack but they had a go anyway. As always, FPGA made for a great game. Thanks to Scott for the toys, and Greg for staying out of the trees and putting up a good fight.

Scenery and miniatures look great. I have the urge to go paint some models now.

A few changes I want to make to that scenario, but it played pretty well. Greg had the hot combat dice, and the Austrian left was ready to break at the end. Thanks for hosting J