An open letter from Borogravia 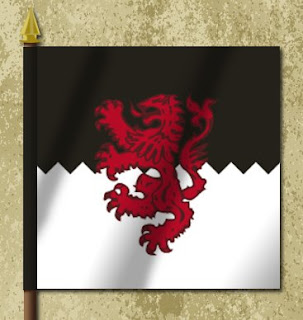 An open letter to my dear Aunt and the goodly men of Unkerlant,

Succession is a quandary for mere mortals. Perhaps we should admit it a task worthy of God himself and so seek guidance in God's Holy Word as spoken through our beloved Saint Paul in 1st Timothy, chapter 2, verse 12, "But I suffer not a woman to teach, nor to usurp authority over the man, but to be in silence". And so we see if my aunt were but more devout Unkerlant could have been spared her unfortunate missive and what appears to be the unholy contentions and strife that her irreverent usurpation seems set to release.

I was going to add a link on my list of Nebulous Neighbors ... only to find I'd already added you!

We'll drink to that~

I'm enjoying the characterizations and your way with the written word as well as visual media.