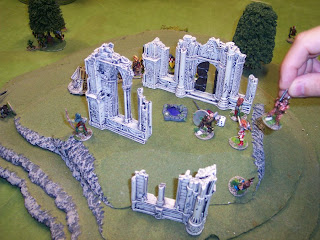 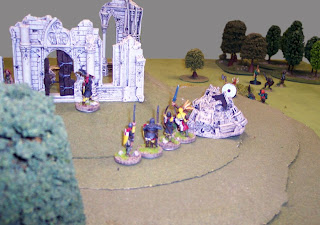 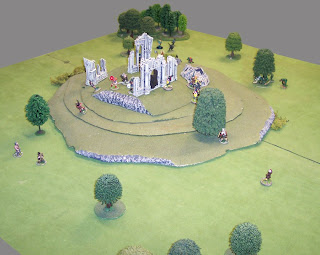 Orcs, Elves, Lizardmen, soldiers and barbarians battle for control of an ancient water source, the Well of Infinite Knowledge. It was a bloodbath as usual. The Lizardmen hid in the trees until their opponents took some casualties. The barbarians had a rocky start, shrugging off losses with their "Fearless" trait. The Elves lost their wizard almost immediately, and the Orcs struggled to maintain any kind of plan. In the end, the king's soldiers' numbers won out.
These rules are easy to learn and have a lot of depth. We played a very simple scenario, with no bells or whistles, but still had a great time.
Posted by BaronVonJ at 7:40 AM