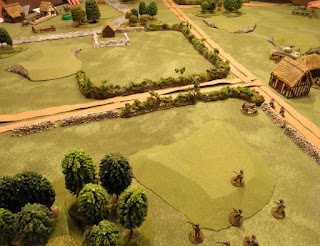 New guy John brought over his fine collection of WW2 stuff for another round of Victory Decision. The Yanks would be battling their way through Normandy again against those pesky Huns. I sat this one out do to a nasty bug and just helped run it. Everyone got a squad and either a support weapon or a tank.
The aforementioned boccage acted (as it did in real life) as line of Sight blocker and heavy cover. This made maneuver important. Battle in VicDec is simple and deadly. Anyone out in teh open was dead or running away fairly quickly. Although the German Panzerschect team took a direct shot from a Sherman and miraculously survived (good rolls, Councilman).
This game really opened my eyes to use of Command units and their importance. Activating important teams and regrouping makes a huge differece. The Germans were able to take a quickly collapsing flank and through proper use of regroups and activations, rally and hold the line.
I really can't say enough good things about the ruleset. I HATED most WW2 rules. I sold most of my stuff. This may actually get me back. But, I'd have to do some obscure Front or army. 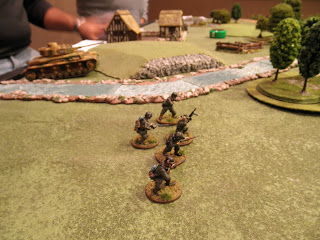 The Germans out in the open! 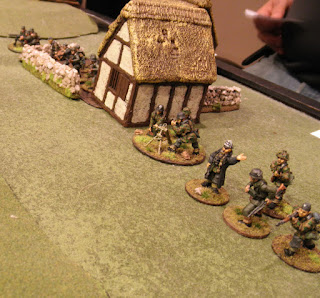 This commander seems to think everything is "Faaabulous!" 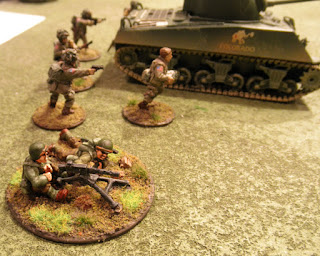 Airborne advance with the tanks. 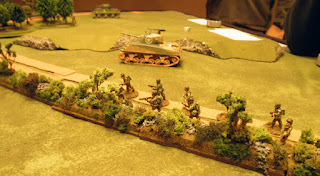 I can't wait to try VicDec for Back of Beyond or RCW or near Future.
Next week: Some Victorian SciFi espionage!

Posted by BaronVonJ at 7:53 AM