The first of many Leagues that will battle during my RECRUITs Pulp Alley game the first weekend in April. 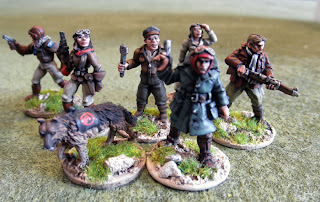 Meet: The Red Raptor and his Sky Hunters

The Red Raptor himself is a mystery. A phantom ace who rids the sky of pirates and villains. Few know his motives. His prowess in the air is only matched by skills on the ground. The Raptor is a crack shot, and a deadly brawler. 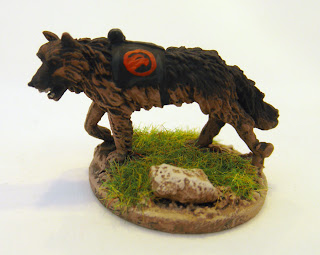 Ace, the Red Raptor's closest companion. Ace has saved the Raptor many times. His canine hearing has warned the Raptor of incoming sonic rockets long before impact, while his uncanny intelligence has spoiled many villain's ambush. 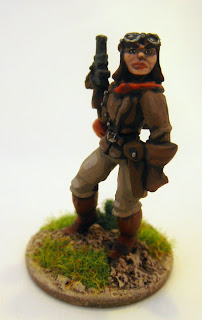 Roxy. The only pilot a alive a match for the Raptor. Good things she's on our side! 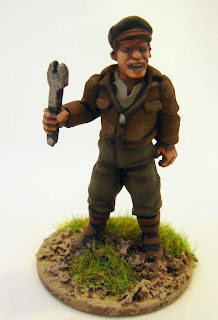 Pappy. The Red Raptor's mechanic and long time friend. But even he doesn't know the Raptor's true secrets.... 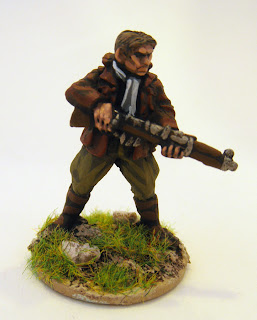 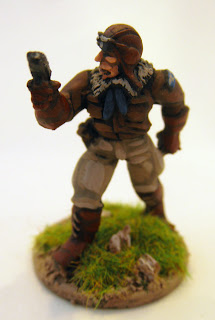 Tex. Boisterous and loud, a counterpoint to the Raptor's quiet demeanor. 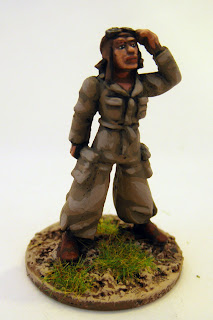 Finally, Mags. Young, but already a great pilot. Her secret love for our Hero can only end tragically. 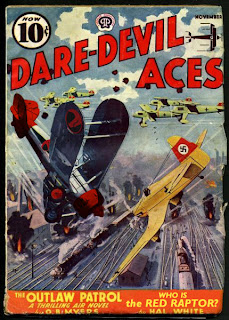 More to come!
Posted by BaronVonJ at 8:47 AM

Excellent figures and back story!

Brilliant! I got my hardcopy and cards in the mail last week, figuring out a way to use the deck for solo.

Looking good. Question: where did you get the figure called Curtis? I think I'd like to get one of my own.