Got the Professor, now get the plans... 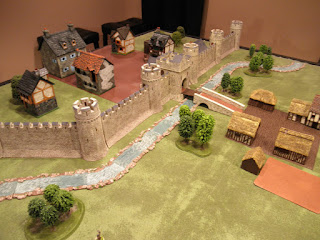 Over the break we played a little VSF skirmish. In our big GASLIGHT story arc, the Germans have been getting new weapons and technology from the alien Visitor. One of their not-so-secret bases is located at Castle Von Lowenbrau. An diversionary attack on the nearby coast by British forces has left but a skeleton crew to watch over the base. Now, British forces led by the legendary Sir Nigel Tuftnell 3rd earl of Spindletapp, are sneaking in. 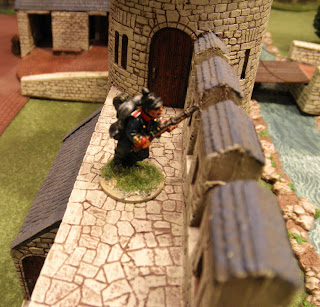 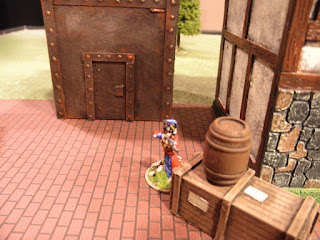 This Lady Hussar guards the lab at all costs
The British are assisted by an escaped scientist who has told them of a secret way under the walls. The British decide to send their Naval Landing Party right at the gates, while the rest find the secret way in. They must find the technology and destroy any new weaponry they can't carry with them.
From the start, the deadly fire from the German garrison is telling. Not a man makes it through the gate house. 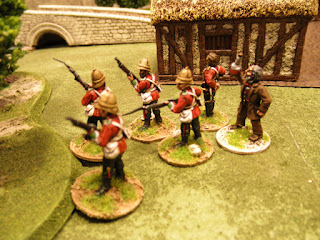 Sir Nigel scouts the walls.
Sir Nigel's forces fair little better and only just make it into the castle before being slaughtered.
In hindsight, the Brits should have had more troops, but only a handful of folks made it out. Instead of GASLIGHT, we used my Fistful of Lead rules, which worked great for the small action. 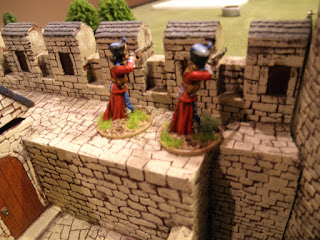 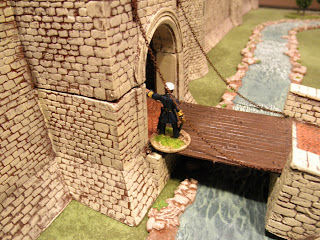 Captain Pennyworth gets farther than any of his men 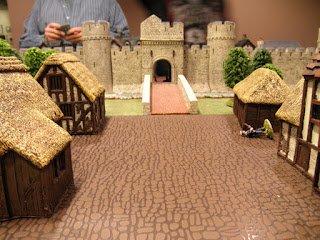 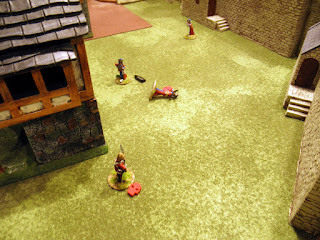 Corporal Hastings pays back the Ladies
The Allies were not successful at all. They even got the scientist recaptured. But fear not, a Norwegian observatory has spotted a strange light in the sky, headed directly for Earth!
Posted by BaronVonJ at 9:20 AM

Lovely set up. I like that castle. Scratch Built?

I too feel there is a Great Race vibe in action,perhaps even a Chitty Chitty one too.
Utterly spiffing stuff on display,I can't wait to hear more...

Castle is Hudson and Allen. The first Christmas gift my wife ever gave me.

Great fun! I have that same scientist miniature, and he cost me a pretty penny, I must say! But indispensable for my Mad Scientist of the Life Sciences, what?