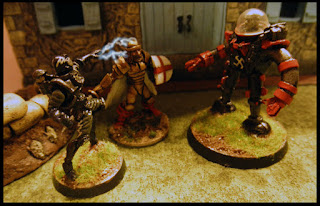 A small hamlet in the English countryside is about to become a battlefield. This sleepy little village is actually an Allied secret base, home to numerous top secret technologies and currently the prison for the nefarious Axis scientist Faust. 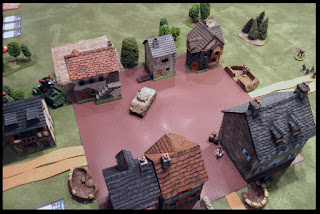 Guarding these secrets are members of the Freedom Force. 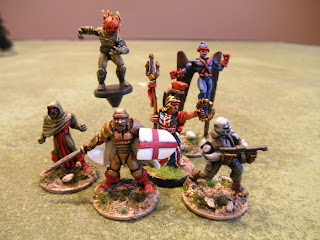 They are soon to be attacked by Team Axis. 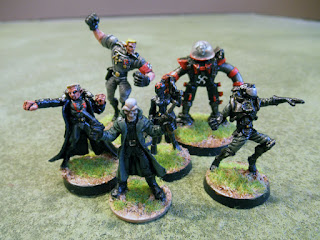 Team Axis was giving the choice of spreading out, but we chose to keep it tight and all enter the board in one place. Our henchmen quickly fell under a hail of bullets. Blitzkrieg dashed forward, pummeled Britannia, then zipped away. Kriegshunde then charged up and hammered her. It looked bad for the Allies. 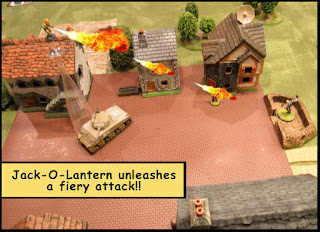 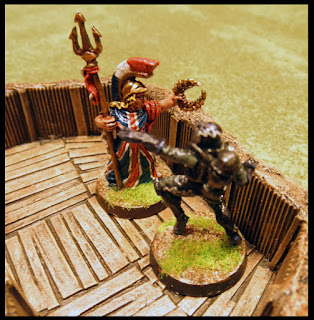 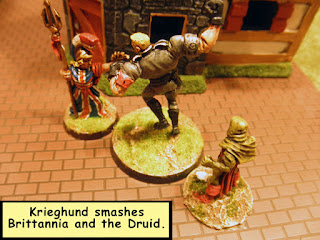 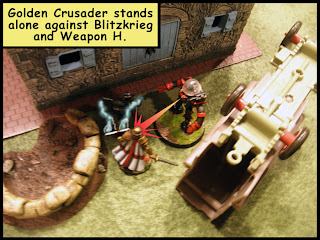 Between Uberman's brute strength and Agent Axis's deadly fire, the soldiers guarding the town went down along with the Druid.
Golden Crusader was surrounded and beaten, while Jack-O-Lantern seemed the only Freedom Fighter capable of dealing any damage.
In the end, the scientist was rescued but KO'd. The radio tower was smashed, and the Freedom Forced forced to flee.
It was a great game. Kriegshunde definitely gets the MVP. That guy took a beating but still kept whalloping the good guys. It was nice to have a small group, including the Boy who tore himself away from Black Ops 2 for once. SS2 always gives a fun night. I'll be starting a new campaign with new heroes and villains, so stay tuned True Believers.....
Posted by BaronVonJ at 8:06 AM

Awesome models.
What did you use for the effects in the pictures?