I missed you all. This will sort of be a good news.bad news thing. Let's start with the good.
The horde:

I love Amazon. They have a wish list. I put all this stuff on it, the Baroness can just hit "buy". I've been coveting Smallworld for awhile. I have played many times, but the $60 price tag always threw me off. Target had for $35.
Being a great fan of Lunch Money, Epic Spell Wars looked like the same thing with magic and great artwork, done deal.
"Maurice" I am still reading through but can't wait to try. So far, everything I dreamed of (Might and Reason meets Commands and Colors) and more. 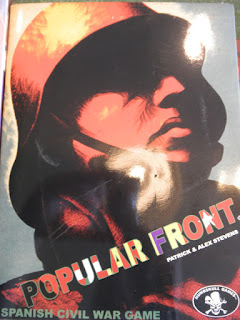 "Popular Front". Read good reviews on Boardgame Geek. We played last Thursday and it was a great little game. Simple but lots of strat-tee-gery.
"Dux Bellorum" and "A World Aflame" are Osprey game titles. Probably crap, but nice pictures.
Same for "Condotierre". Frank Chadwick is pretty old school as far as rules go. Got mostly for the pictures and OOBs.
Had to get the Conan Collection book and another Renaissance title to get motivated to finish my Italian Wars armies.
Speaking of mins...
What I painted over the break: 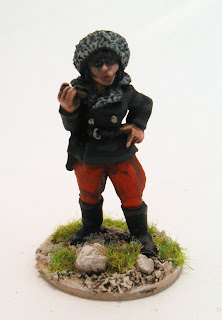 For Pulp Alley. She just has to be named Natasha. 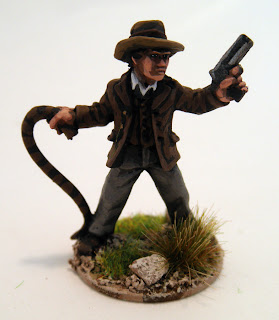 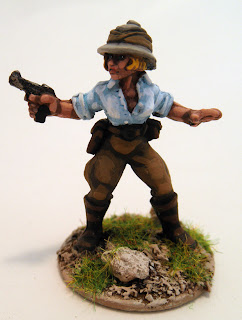 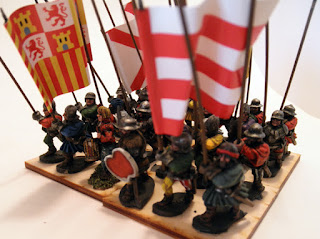 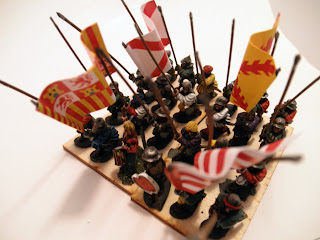 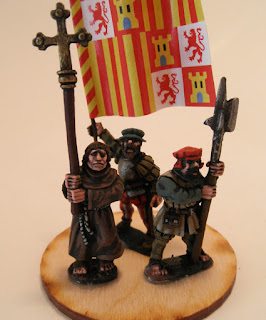 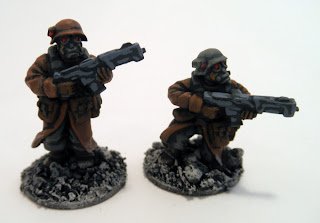 Those Pig Iron Fellas I been working on. 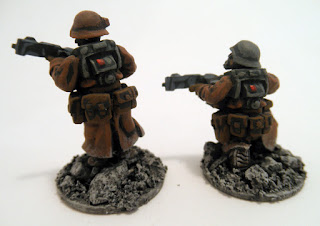 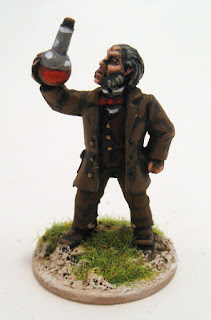 a Scientist suitable for numerous genres.
And finished the much promised library for the Baroness. She was pleased, and so much celebration in Unkerlant was had. 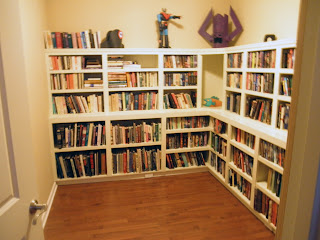 with it done I had time/space to organize the minis: 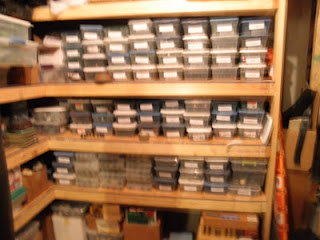 Now the bad. On Christmas Eve my Dad had a stroke. This pretty much put a damper on the rest of the time off. He is better, but it has been devastating to the family. Anyone who has dealt with this and the weight of a possible nursing home stay knows what I'm talking about. Parkinson's had already robbed a great man of much of his fire and this was the twisting of the knife. Thus, my lack of posting. Thanks for any thoughts/prayers in advance.
-Zee Baron
Next post: VSF mini-skirmish

So sorry to hear about your father. You and yours are in our thoughts and prayers.

Prayers for you and your family will be said in a ongoing manner.
Thanks for sharing your Christmas gifts etc with us too.
best wishes
Alan

Prayers for you and your family will be said in a ongoing manner.
Thanks for sharing your Christmas gifts etc with us too.
best wishes
Alan

On to the good; great holiday haul, I can personally vow for a good chunk of what you received. The library looks amazing, especially the Galactus helmet and old school Shogun Warrior! Your painting is humbling, both from a productivity standpoint as well as quality, nice work.

The bad, I'm sorry to hear it. I can't say much more, just know we're thinking of you.

I bet the Baroness loved the library. It looks good finished with books in it.

And really like the pulp stuff. Strange Aeons got me on a quest to put together any stuff I could use for it. And I am happy to say I have a nice pile of figs and terrain.

And you know our thoughts are with you for Big Russ.

Nice Xmas Haul. I'll have to check out what Smallworld is about...

Love those pulp figures and the pike block.

Sorry to hear about your father. Wishing all the best.

Agreed with the others. Great "haul" of games and books. The library looks great. And your painting is, as always, excellent.

My condolences on your father's health issues and best wishes for the best outcome.

I envy you the books and they look like a pile I could only dream about.

All my prayers for a speedy recovery of your dad, and my sympathies for to your family.
Strokes are bad at anytime, but on xmas they are down right unfair

That's a nice haul! I've just started playing Maurice and am liking it - Smallworld and Popular Front are old favourites and I have heard good things about Dux Bellorum.

Best wishes at this difficult time.