Maurice: The assault on New Paperton 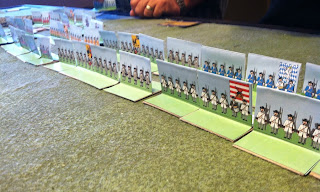 This was the 3rd or fourth run of Maurice. We had to forgo the usual setup because of time constraints (show up on time!), and I just ended up doing the old town defense. As our metal forces aren't done I used my paper armies once again. 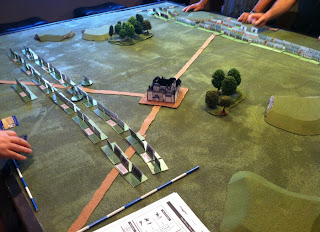 The attacker spent most of the game on their side of the table. There was a brief cavalry skirmish on the flank, but the defenders (me) got the best of them. This was at the cost of a lot of cards. The horses were quite a distance away. In Maurice you have to "pay" in card value equal to the distance to activate a force. They were 16 spans away, so 16 card points had to be used. Ouch! In the end the gamble was worth it. 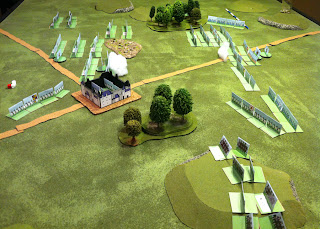 The gunnery duel in the center was the longest I've seen. The defender's gun were able to destroy two attacking units. Later, when the attacker did come, those gun crews were wiped out.
In the end, the cards were running out, and the attackers were way down on Morale.
We're still learning. This game requires a switch in thinking, different from other wargames rules. You have to know when to commit and where. Careful planning ahead is essential, but you still have to know when to exploit a breakthrough. I think it gives a fantastic simulation of the period.
Last night's pairing: 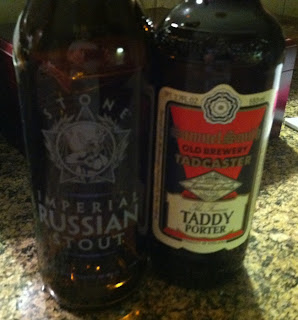 Baron- I'm not familiar with the Maurice rules,but am keen on taking a look at them. Where might I find them Please.
And, of course, I love the paper figures.

Thanks Baron, I scored a set!
Cheers
Ths

Any chance I could get a copy of the paper templates for the troops? I want to try out Maurice Lite with some friends and would like to have troops ready for them to use, to reduce the hesitancy to play. Please contact me at:
yizdaku at yahoo dot com