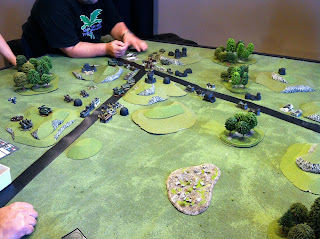 As in the quick one pager rules FUBAR, but I'm sure one side felt that way last night.
I have all these great Mechwarrior minis I repainted. We've used various systems, but as I have mentioned before, we have 6-8 players every Thursday and about 3 hours to get a game done. As a result, most of rules need to quick and dirty and most of all, fun. 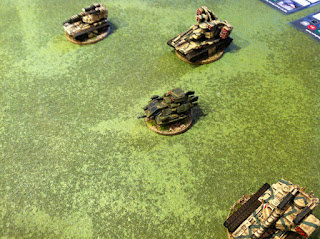 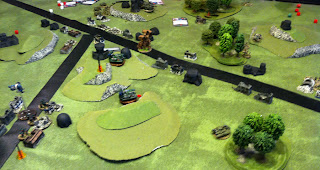 Chaos on the battlefield
I have read the FUBAR rules several times. They, for the most part, fit on one page. Units basically have a number they need to roll to activate, with better troops needing 3s & 4s, crap troops higher. One complaint I have read about the rules is that some units spend the whole game sitting around because they missed their activation. You do get put on a type of overwatch if you fail, but I instituted that if an enemy was outside 24" you were allowed a +1 to your activation score.
Every unit has a shoot number and rolls "x" amount of dice depending on the weapon, then the target rolls saves. Pretty simple.
Initiative became the game winner. A side held initiative until it failed an activation. Then the other side gets its, etc. We had a bit of a turkey shoot when the Union forces kept activating and began blowing holes in the League's line. 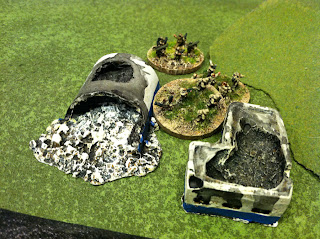 Infantry seek cover after their APC is blown up
It was fairly one sided. Duke MIlo's forces destroyed the rebels pretty handily. But, I think it still worked. We had 30+ units on the table and finished in under 2 hours. I made cards for each unit which made it easy to remember who moved by flipping them over, and we never had to look at charts. There are some interesting infantry rules that I won't go into, but our ground pounders never really engaged until the end. I have to paint some more.
I'd like to give FUBAR a whirl with 15mm sci-fi, but in the mean time I have some modern African troops to finish for next week. 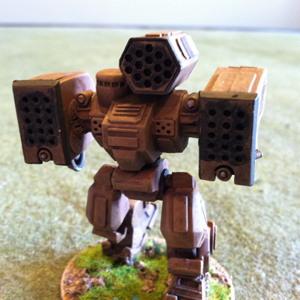 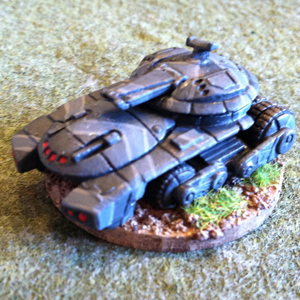 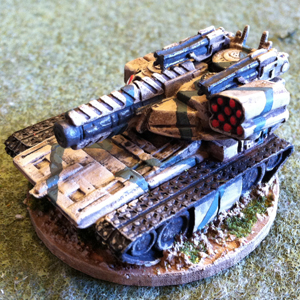 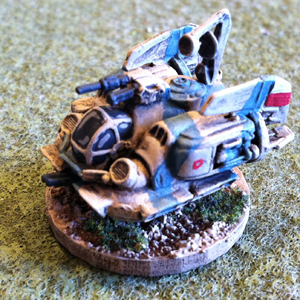 and I saw the real deal on the way into work! 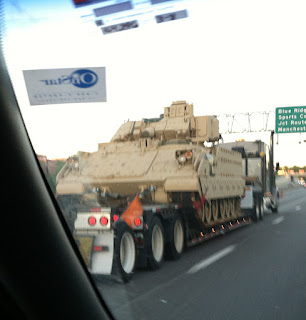 FUBAR equals FUN. Even though we got slaughtered, we spent the night laughing. That was a great night.

And Reese can only rol d2's from now on.

What do you expect different with 15mm? Are we going to go more infantry?

Reese does have the magic dice sometimes. Lead Addict, ours are magical too, only in the wrong direction.

Looks like a fun game, if deadly. The figures look really good.