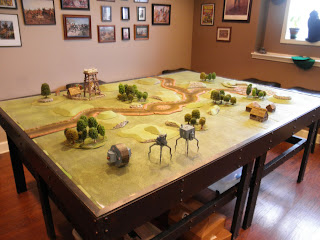 The calm before the storm... 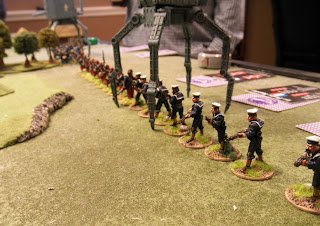 British Naval Brigade troops back up the Zouaves. 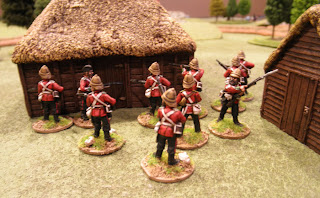 I think its this way, chaps. 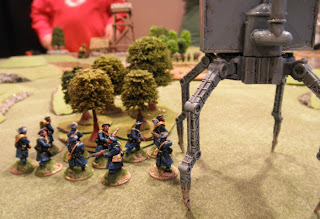 French Marines supported by the Spyder. 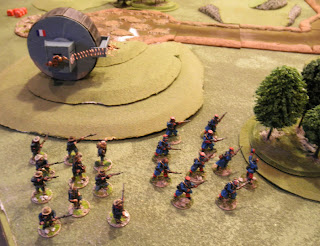 L'Roue, American Volunteers and French regular move in from the far right flank. 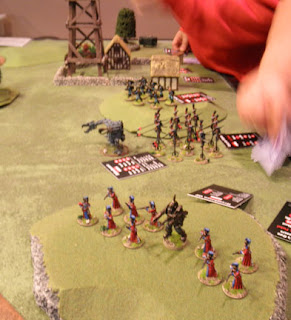 Lady Hussars face them. Their rifles would prove deadly accurate. 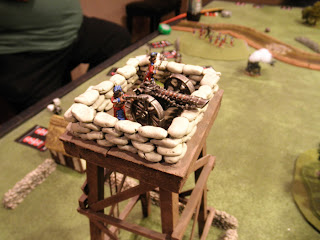 The Electro Cannon is a fricken' sniper. It takes down the the Little Spyder first shot and devastates the infantry opposite. 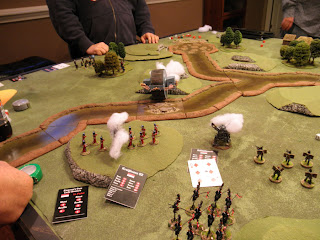 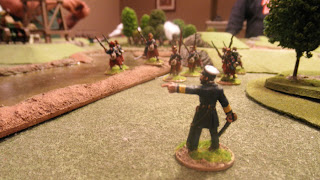 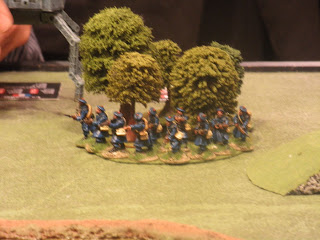 The "brave" marines take a breather in the woods. 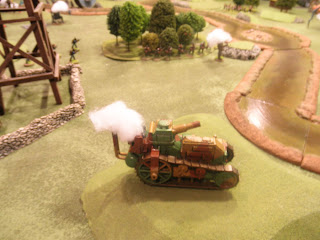 German steam. He was a killer last night, too. 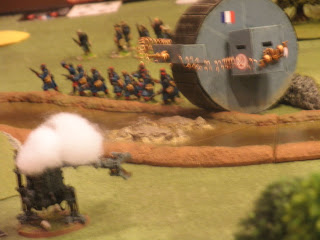 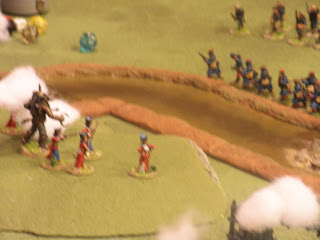 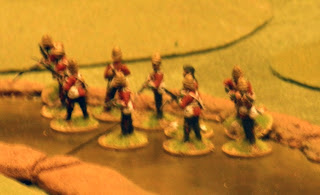 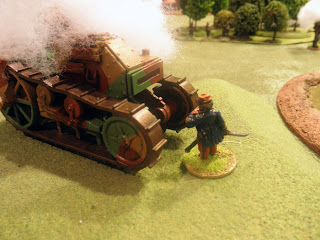 The Zouave Captain takes on the Steam Tank alone. 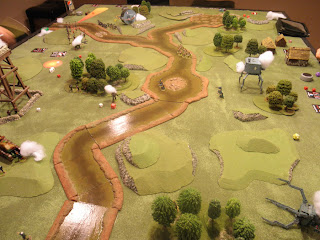 The bloodly aftermath
At 10pm we called it. The Anglo-French alliance only really had one funcyioning infantry unit, but 2 contraptions in the fight.
The Germans still held the base, so I called it a minor German victory. Some of the pictures are blurry. Our new war correspondent (the Boy), wasn't used to the camera yet. But at least he was sober.

Baron,
Really liked the card system for initiative. It eliminated the discussions about what unit to move next.

Also, that was the bloodiest VSF game we have ever had. Entire units getting clobbered on one hit. Wow.

Great report and photos. Looks like it was a blast to play!