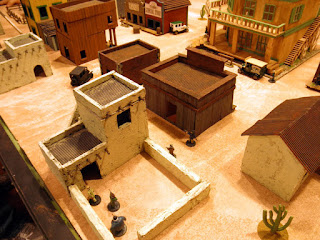 Last night's game was a take on the Bruce Willis movie "Last Man Standing", which is remake of Clint Eastwood's "A Fistful of Dollars", which in turn, is a remake of Kurosawa's "Yojimbo".
The Lumpino crime family, led by Louie "the Lump" Lumpino, has fled to a Dustbowl ghost town to hide out. 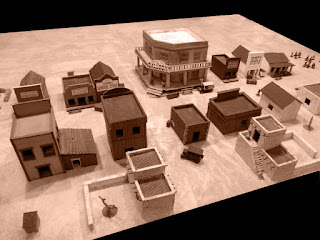 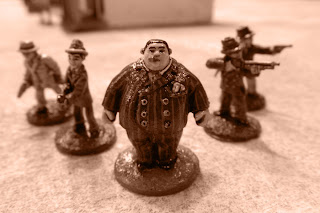 No Neck Nicky Vitelli
The long arm of the law is not far behind. 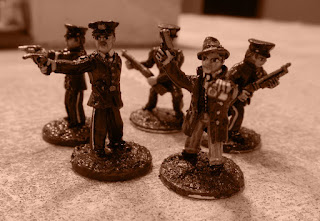 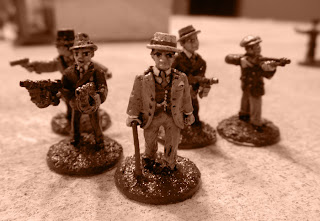 We used my Fistful of Lead western gunfight rules with a few additions to cover vehicles and submachine guns.
Fistful of Lead is always bloody and fun. Maybe it was because it was Valentine's Day, maybe because only a few guys showed, but this had to be flat out the nastiest, bloodiest game I've ver played. Only two times was there a "pinned" result. Only once a "wound". The rest were "dead".
I ran Louie and his bodyguards. I started with 5 guys. By turn 3, only Louie remained, and that was because he took off save his mistress. 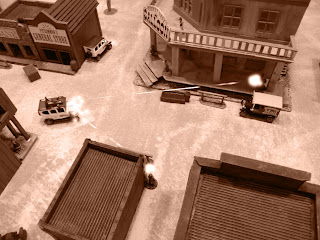 One G-men goes down under a hail of SMG fire. 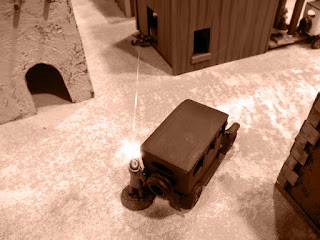 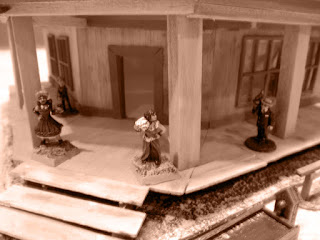 "You dames best stay outta the way, see"
The same happened with a group of cops. I came down Louie's righthand man, No Neck Nicky, and his men vs. the G-men. In one turn, Nicky and his crew were gone.
That left the Lump to face done three feds. The G-men dropped him with one shot, but he was still alive. Then, one G-men took an impossible shot long range with a Tommy-gun and ended reign of the Lump. 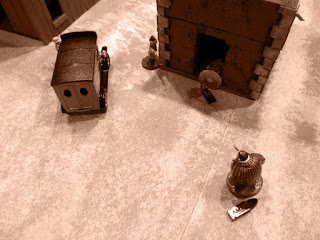 Moments before Louie gets an oversized coffin.

Special thanks to Scott who provided all the minis. I great time was had by all.
Posted by BaronVonJ at 7:35 AM