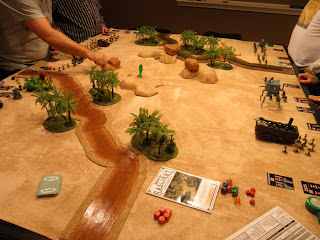 Any time I throw out, "what do you guys want to game tonight?", the answer is usually GASLIGHT. This scenario found the Great Powers investigating a "fallen star" that hit somewhere in the deep desert.  I brought in some elements from Pulp Alley like plot point areas. There were four minor and one major.
These plot point areas led to some fun bits. 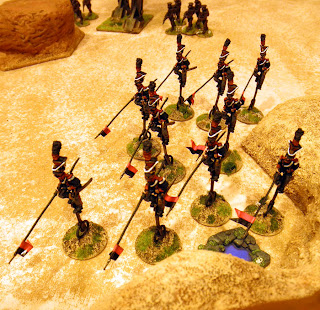 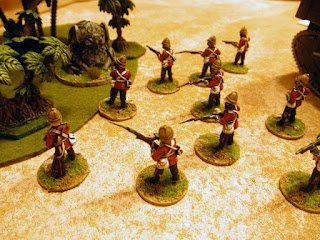 "Look sir, some sort of idol". 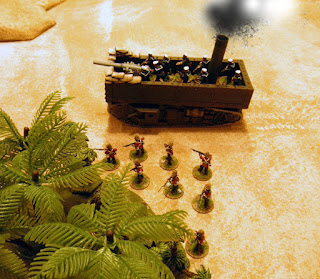 The Brute Class Land Ironclad
The Germas lost 2 guys in the quick sand, the French woke a mummy who followed them around, the British awoke a beast from Beyond, and the German Uhlans found the Guardian of the Eternal Spring. All while a battle was raging.
Other points of interest:
In any game its in, the Killenkanner is either an unstoppable killing machine or a complete dud. This game it was the latter.
The uhlan never got to use the Creature, because the officer commanding him was whacked by an unlucky (or lucky for the French) shot.
The last Lady Hussar on the table was shot unceremoniously from behind by the Roughriders (paging Dr Freud).
Professor Nightshade's Walking Monitor has only been destroyed once before. Over countless battles the Spider has battled the Monitor, always losing to the Professor's contraption. Vive Le France! The Spider took her down.
The dreadful Rokkittruppen manage to live through the fight by hiding in the trees. I ask you Basement Generals not in attendance last night, who do you think commanded them?
That was just a few highlights. 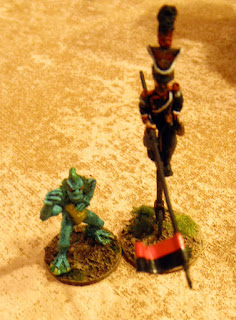 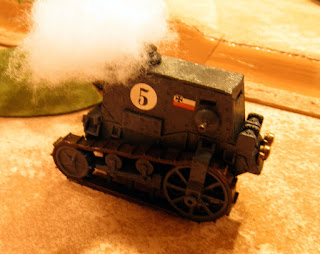 The much maligned clockwork tank stayed in the fight 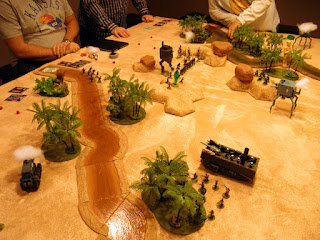 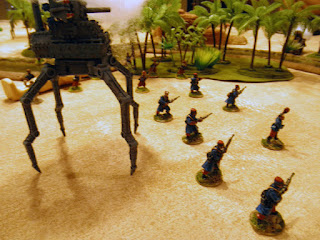 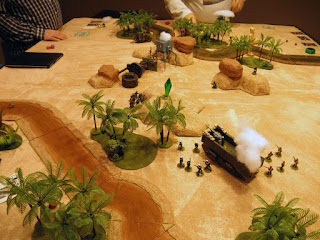 By end of the night, both sides had captured 2 minor plot points, while the Major was overrun by the Brits. They found it was the ship of yet another alien race, there to warn them of their impending doom. 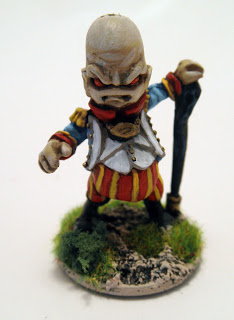 Posted by BaronVonJ at 7:46 AM

Cravenly, cowardly Rokkettruppen! My French Regulars were decimated, so the brave Lt St. Pierre challenged their leader to a fight man to man. This challenge was met by more slinking and hiding by said Rokkettruppen Leader. Braving a hail of bullets, he charged across the river shouting tremendous insults. Wounded multiple times, Lt. St. Pierre managed to cut the flight wings off the leader before succumbing to his injuries. RIP Lt. St. Pierre

I knew you broke those wings! :)

Ha, only figuratively this time at least.

It is unfortunate and to my shame and embarrassment that I have in fact earned the rather dubious award of Capt. Breakage. Sigh