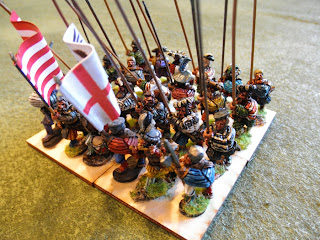 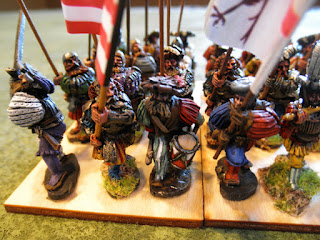 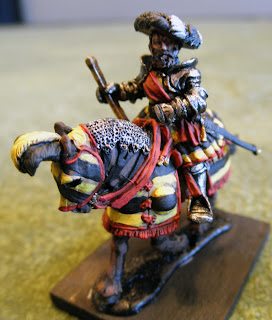 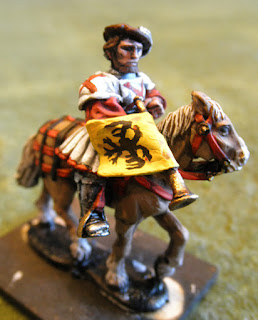 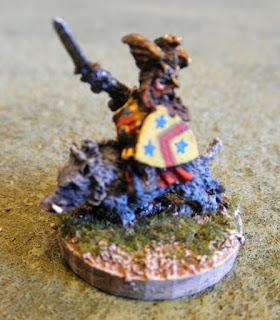 Finally, for those who follow my D&D blog, just posted the beginning of another adventure yesterday.
Posted by BaronVonJ at 7:35 AM

Those look great Baron! Glad to see someone is painting their Landsknechts. Mine are sadly sitting on the shelf waiting for something other than primer.

Really nice looking figures. The period has never had any appeal to me from the standpoint of the combat, but the appearance is stunning. And so are your figures, just stunning.

Michael,
What's not to like? Brightly colored troops slugging it out with big pointy sticks. Knights still stalking the battlefield at the the very zeith of armor technology, only to die under the barrels of cannon and the new fangled "guns".
I've always had a softspot for the those wars that kinda don't fit into proper periods. Are the Italian Wars Medieval or Black Powder era? I love the Dark Ages. Classical or Medieval, etc.
-J