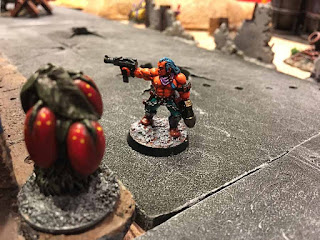 Our WW game was subtitled "the Redemption of Orange Julius".
For as long as I've owned this ancient piece of lead, who started out as an original Necromunda miniature, Orange Julius has died countless times on the tabletop battlefield. Usually in the first or second turn.
It seemed like he was cursed.
Then, out of nowhere, this weekend, he became a killing machine. Whatever met his awful gaze was blasted into oblivion.
Has the curse been broken? Only time will tell. 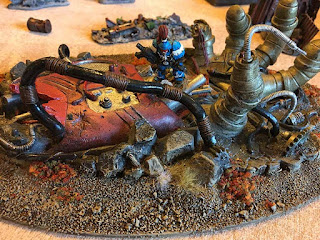 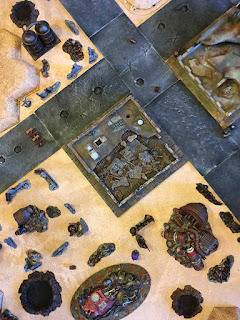 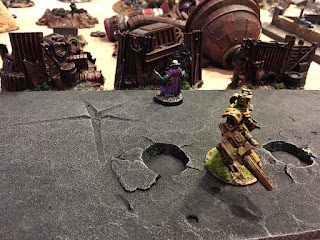 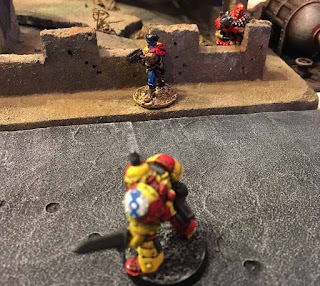 Lancelot leads the charge against the dirty mutants 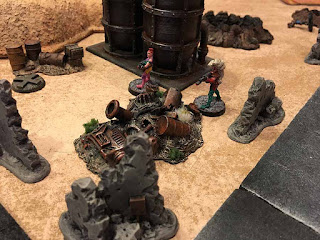 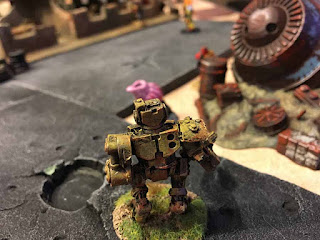 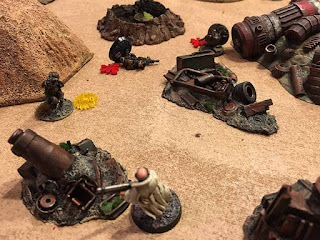 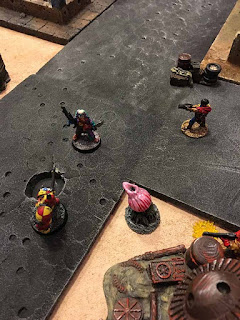 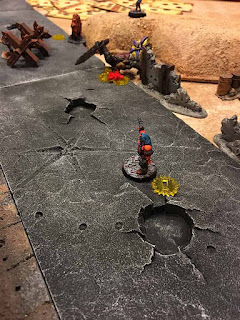 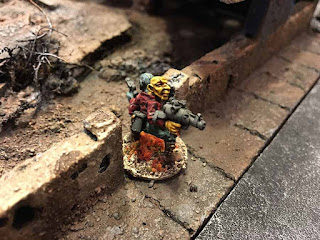 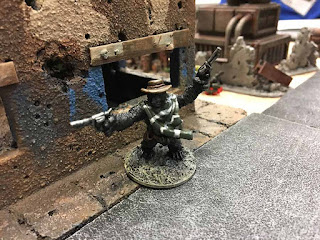 RECRUITS.
I posted most of the pics from this convention on social media through the Wiley Games Instagram and Facebook pages, but I thought I'd take a moment to note again what a great little convention this is.
First and foremost, as the name suggests, the convention is to gain new recruits into what is an aging hobby. The entry fee for kids is free and for the rest of us only $5!
There is a wide variety of games and the space itself is sprawling. And most of all, very welcoming. I had kids aged 9 to 90 at my games. Everyone was friendly and encouraging. I was only going to run 3 games on Saturday but got talked into a 4th by some return gamers from years past.
If you live anywhere in the Midwest, RECRUITS is well worth the drive.