Against the Vampire- A Tale of Horror 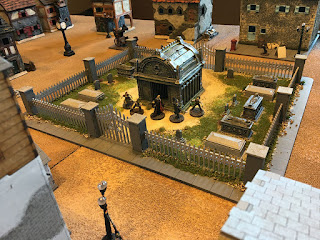 "London is under the grip of an unseen terror! Disappearances. Mutilated corpses. The night pierced by a strange howl!
No fear, Professor Throckmorten and his group of Hunters, backed by London's Finest are on the case."
This was a playtest for our Fistful of Lead: Tales of Horror game at RECRUITS next weekend. The vampires have hidden their coffins, filled with their native soil, all around the city. They must return to them before daybreak. A group of Hunters is out to destroy them. There are 5 real coffins and five dummy ones. Only the vampires know which are real.
Thrown into the mix are the age old enemy of the Undead, the werewolves.
Players get victory points for destroying the coffins, or saving them, int the case of the Vampires. Minor victory points for killing the opposition.
Dummy coffin markers could yield things like a crucifix or silver, but just as easily, swarm of bats or rats.
Jokers triggered things like the London Fog, obscuring line of sight, or reinforcements for the Bobbies, or a pack of wolves for the werewolves. 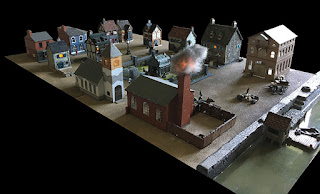 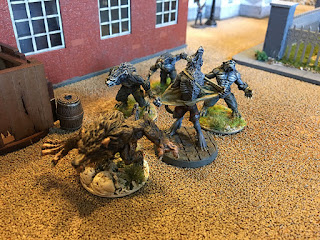 With a howl, the werewolves enter the stage. 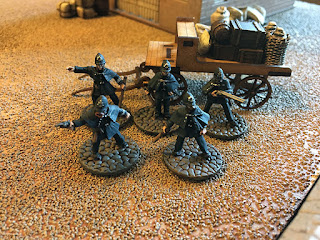 "Right-o boys, keep a sharp eye out for these bloodsuckers" 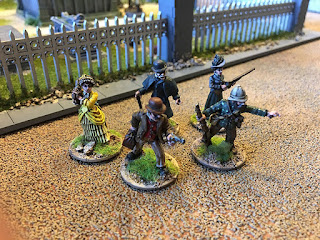 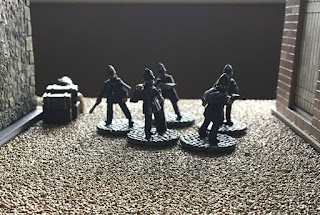 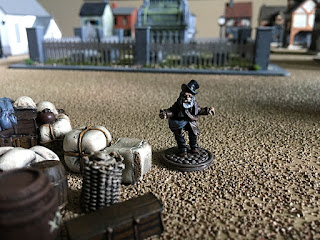 A drunk dances merrily along, unaware of the violence around him. 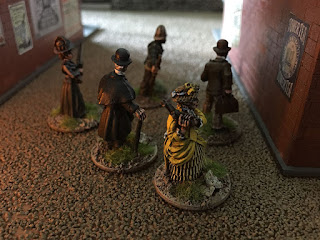 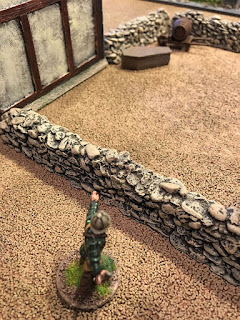 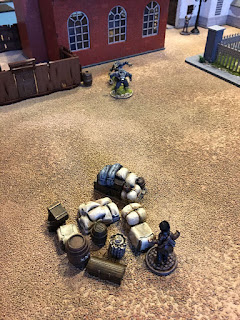 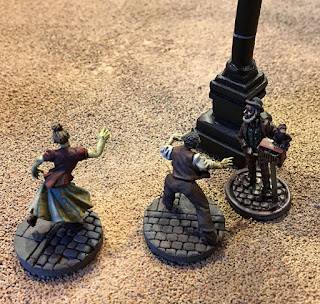 "Stay away from my monkey!" 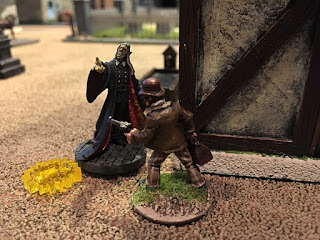 Dr Cushing faces down Baron Blackheart. "A few bullets will slow them down! Then it's a close up fight." 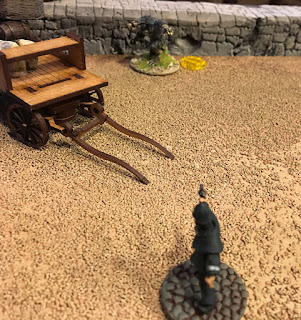 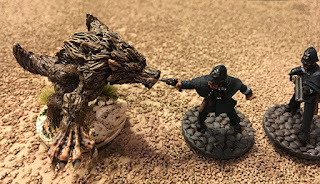 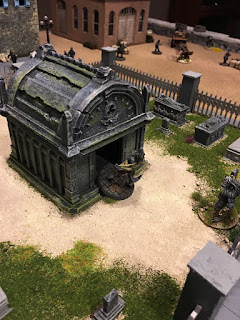 First coffin destroyed by the wolves. 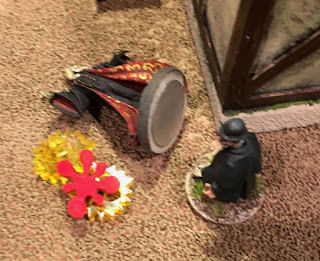 The Baron is down. But out? 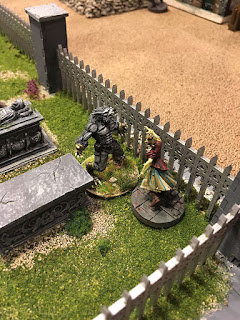 Fledgling vampire Hannah goes down to a wolf. 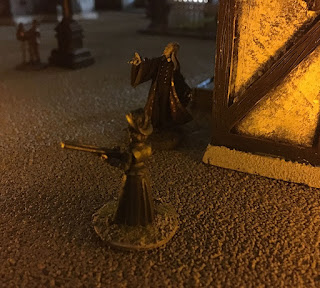 After the Baron made short work of all comers, only Lady Cottingham is left to face him... 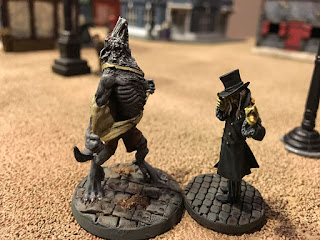 Beta vs the Baron's Acolyte. 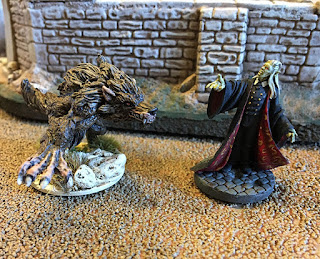 "Why can't we all get along...?"
What a great game. Making just a few tweaks for the final game. It came down to a brawl between the vamps and the dogs. In a six player game, which is what's scheduled, the humans should stand more of chance. I screwed up by splitting my forces, eager to coffin smash. We did kill a few undead and werewolves, so I feel pretty good. If you want to play, see you at RECRUITS or Wiley War-games Weekend.

Wish I lived close enough to attend. It looks like a great game to play in.

The terrain and miniatures are just gorgeous!

You must play the cool stuff when I'm absent...

Great report it all looks brilliant.