A US facility in Bahdizstan has been overrun by insurgents. They have a high level hostage hostage. SEAL teams have been dispatched to recover the asset. 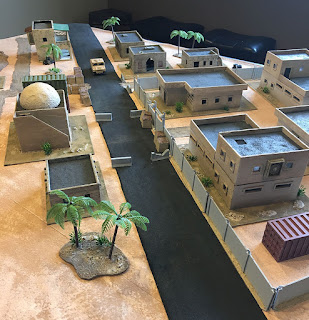 Downtown Bahdizstan City. Somewhere in the compound is the hostage. 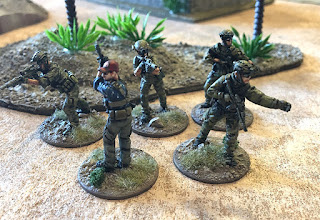 SEALs with a CIA operative attached 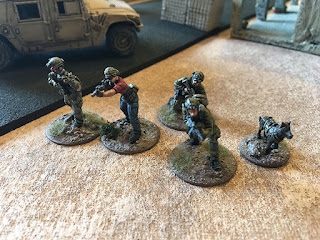 Same, but its a canine 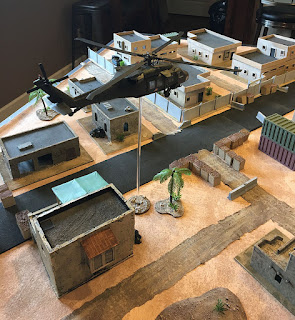 Cover from above. The US only got one Joker, but it proved to be "air support". 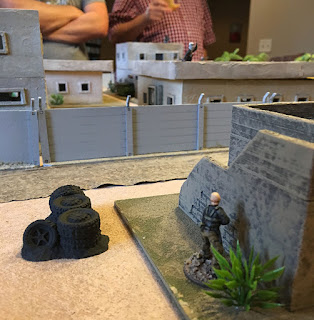 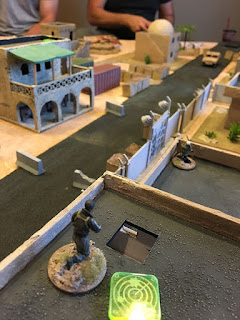 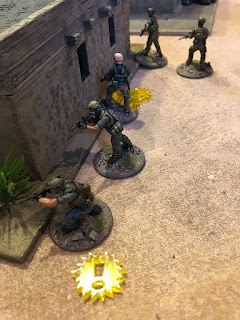 Heavy fire rains down on one team. 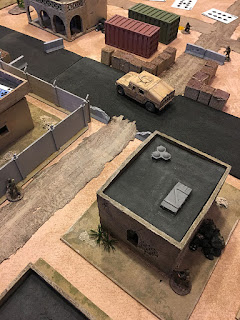 The Hummer tears down the street but attracts RPG fire. 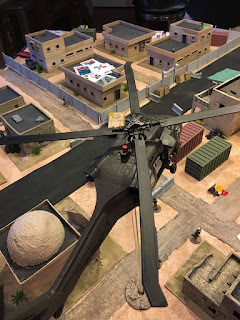 The hum of a minion quiets the insurgents. 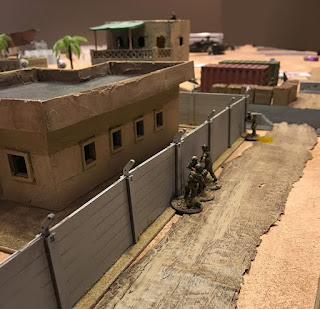 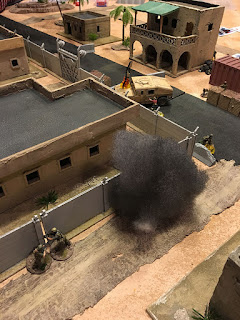 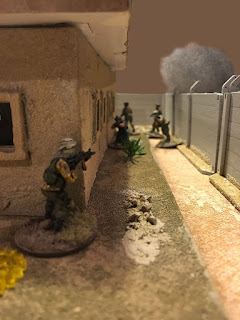 The wall was breached and the SEAL teams flooded in. The Badhis couldn't do much to stop them. After 2 1/2 hours the insurgents fled and the hostage was freed. 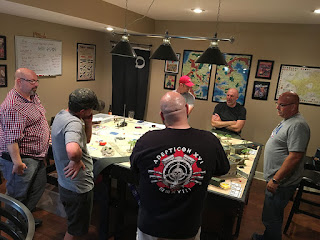 It was pretty one sided. As, I guess it should be. The SEAL team dog claimed 4 insurgents. It was wounded 4 times, but kept getting a Queen of Hearts. We're adjusting the scenario to make it a least a little competitive.
All terrain a mins from Jon's Curio Clashes collection
This will be a featured game at Wiley War-game Weekend
Posted by BaronVonJ at 9:15 AM

What a good looking game...interesting to see how the FFoL system handles moderns.

that table looks awesome. love how clean ur buildings look.