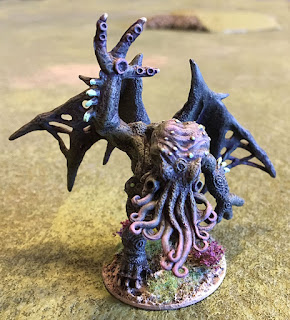 Last game of Dragon Rampant, the Dark Forces, led by Borax the Despoiler, had managed to open the Portal to the Outer Dark and let a Ancient Foe through. The forces of Good, have managed a last ditch effort to thwart the evil plans. With the right ritual, an ancient statue located on the coast, is capable of sending the creature back. The problem of course, is the ritual is known to but a few. This one is crazed hermit with a penchant for drink, and hatred of clothes.
The scenario: all forces but the hermit and the Warriors of Renown, start off board and must pass a Move test to enter. The hermit would move on a 7+ at the end of the good guys turn, towards the statue. Every player got 2 "Luck Stones" (re-rolls) to use during the game. 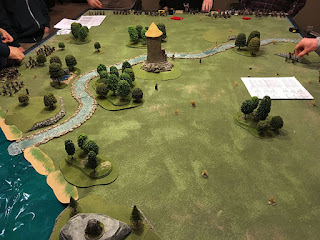 The battle took place on a 6x8' table. The Baddies at one end, while the good guys moved in from the sides. 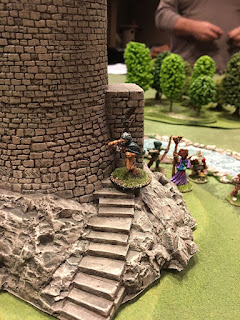 The hermit (Zee Buck-Naked Baron) leaves the security of his tower. 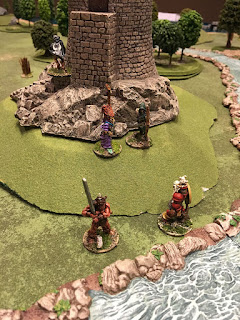 The Warriors of Renown hold the center. Morgoth the Barbarian would prove to be source of disappointment. He had to constantly be healed by the Wizard Aeloroth. 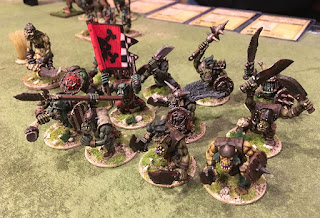 The orcs were tardy as usual and got round when they did show up. 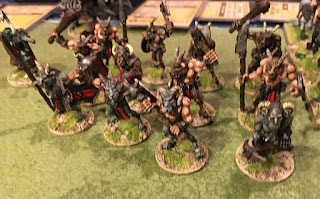 The Beastmen proved they could take a beating but rarely dish one out. 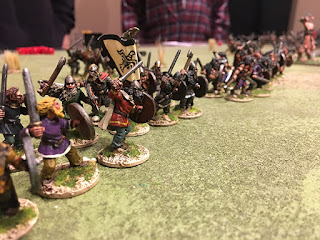 Poor Norsemen, led astray by promises of an Ancient Evil. 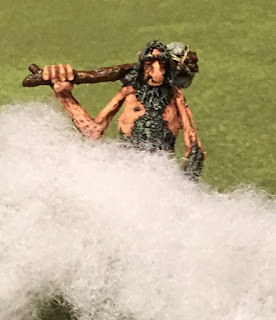 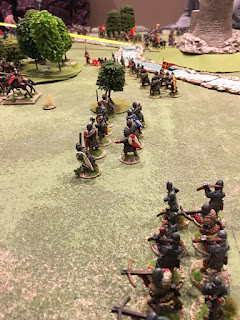 Men of the West struggle to get a unified line. 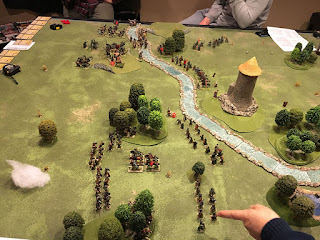 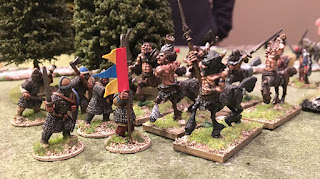 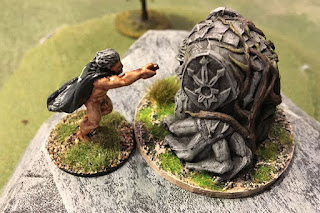 But it's too late. The Hermit pours the sacred potion of Pee-Bee-Arr on the altar and banishes the Ancient Foe back to the Outer Dark. The Forces of Evil must fight on alone. 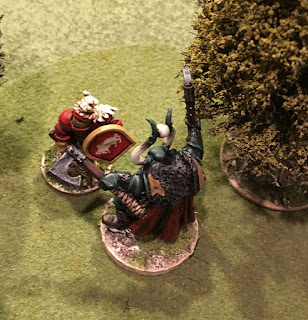 Guy de Porco Blanc takes on Borax alone. They would trade blows til the sun went down and the Despoiler's troops retreated.
Great game. Good Fun.

Posted by BaronVonJ at 9:59 AM

What make are the retro science fiction guys?