Return to the Hills of Despair: A Dragon Rampant AAR 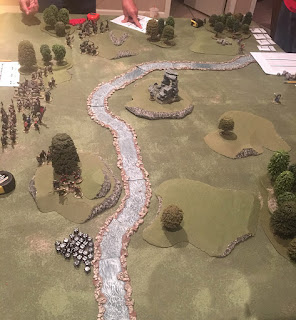 After a couple of weeks off, I just needed a fun, simple game we could jump back into. We returned to our fantasy semi-campaign using Dragon Rampant.
The Forces of Chaos and Darkness needed to open the portal to the Outer Dark located in the Hills of Despair.
The only forces left to stop them were the Men of the West, the Arch Mage Kronos and Warriors Four, a band of great adventurers pledged to save the day. 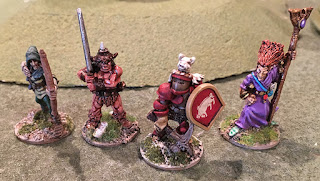 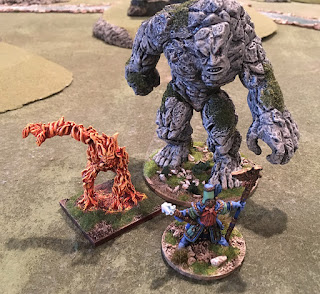 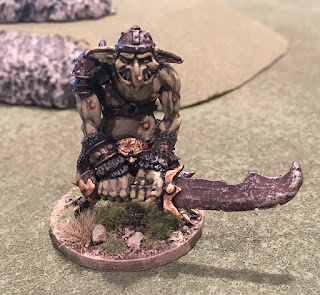 Besides having both sides pick 3 quests for their sides, I distributed 6 tokens to each side to use as rerolls they could use during the game. These were luck, blessings, favors from their gods.
Both sides quickly moved across the battlefield, but it was the Forces of Chaos that reach the Portal first.
Kronos summoned a great Stone Titan to sweep the chaos host from the hill.
The Titan took two hits, rolled snake eyes on his Courage test and melted away as quickly as he appeared.... 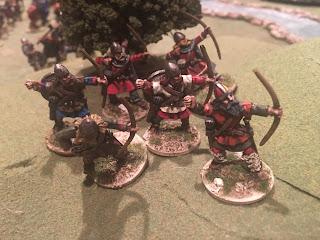 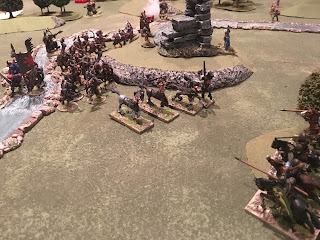 The Warriors Four led by the vaunted knight Francois de Porc-Blanc, clashed with the Orcs. Trolls, Ogres and orcs fled before them. Only the hobgoblin prickers remained.
On the other end of the field, the Northmen, fooled into a pack with the dark gods, did battle with the Men of the West. It see-sawed back and forth, but soon, the barbarians pushed the noble warriors back. 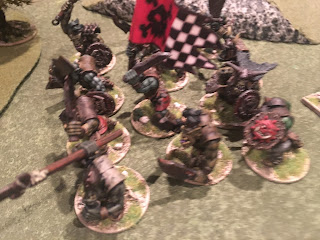 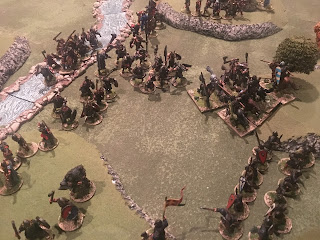 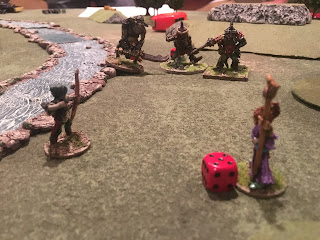 As the night grew late, it was clear the Forces of Chaos were winning. Only the Warriors Four (now Three) were any any shape to stem the tide.
In the end, the bad guys held the ground, but the Good guys had fulfilled the most quests. A draw, but dark forces were about to be unleashed.
Amid the battle, a lone figure was spotted. A naked man with a PBR, sporting a Wiley Games logo on his cape. The Buck-Naked Baron!? 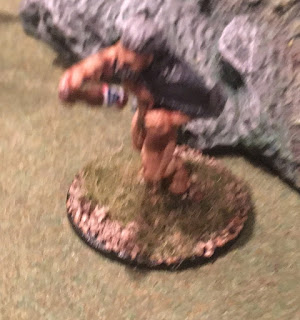 Posted by BaronVonJ at 3:20 PM

Cowboy boots and a cape, per chance?!