With just a few of the Basement Generals able to make it Thursday, I thought it would be a great chance to play test Buccaneers and Cavaliers, a supplement I'm working on for Fistful of Lead: Horse & Musket. B&C adds a little to flavor to rules to give them a more swashbuckley feel, but you can easily add them to your French and Indian fights if you want.
I had the boys make up a Troop, led by a Captain, rolling for traits instead of picking just to speed things up.
The Captain of the Loyal Musketeers had to get the Abbot to a secret meeting place before the Cardinals Guard could intercept them. With only a few ranged weapons on the board, this would be a brawl. 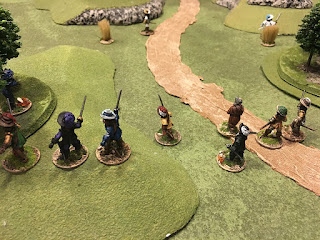 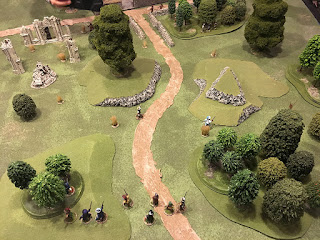 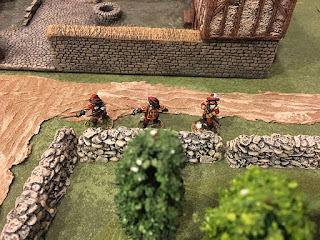 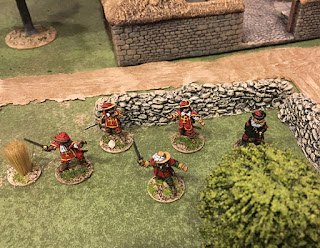 With the majority of the musketeers as a screen, Gaston takes the Abbot on a flanking move. 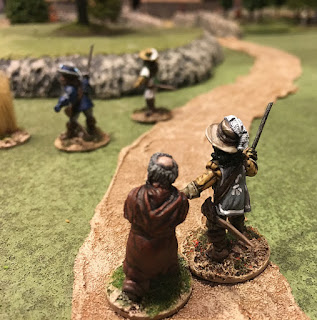 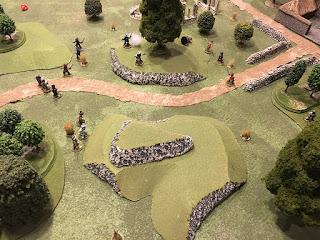 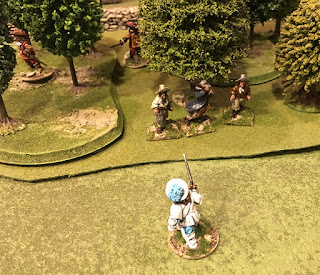 The White mask spots a few Dregs hiding in the woods. 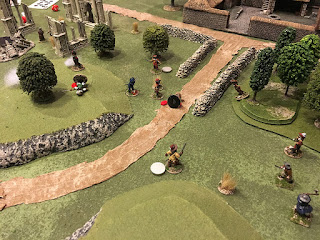 One hill in particular (just like last game) became a meat grinder. The rules work very well showing the back and forth of swordplay. Not as bloody as Fistful of Lead. 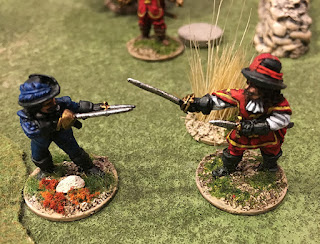 It came down to a mad dash to the Inn. I had reserved my "Streetfighter" musketeer for this very reason. With this trait he doesn't get the penalty for being out numbered. However, it wasn't enough and he was eventually overwhelmed and the Abbot captured by the Cardinal's Guard.
Overall, a great game. Got some good feedback on tweaking some rules and traits, especially the Dregs rule.

I'd love to run a game at my convention in June, when do you expect to release the rules? Is a test copy I could beta?

This looks like a version I could get into (assuming it could be played solo).

"Unknown" should be done by June.
-J