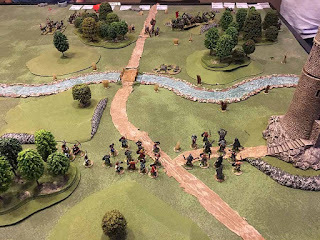 With quite a few Lion Rampant games under my belt, I've been itching to try it's fanatical cousin Dragon Rampant. A great excuse to paint up all my retro-lead!
The Northern Provinces are inhabited by the fearsome Norsca Raiders. They are a hearty, independent folk, mistrustful of outsiders, but fairly to open raiding them. Thus the name.
One of the few outsiders allowed in their kingdom is the Elementalist Wizard Galadar. They leave him alone to his experiments and he protects them from invaders from the Chaos Wastes farther north.
Enter Borak the Despoiler and his horde of Chaos beasts and Orcish allies. 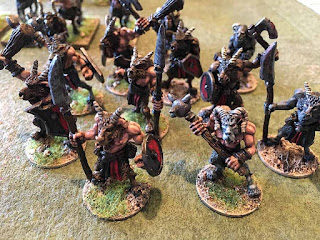 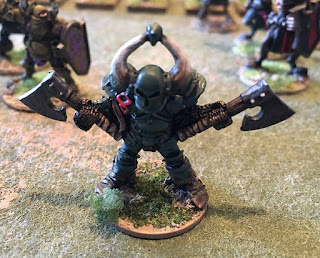 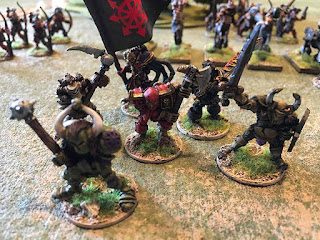 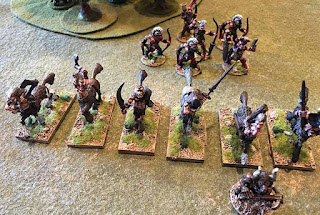 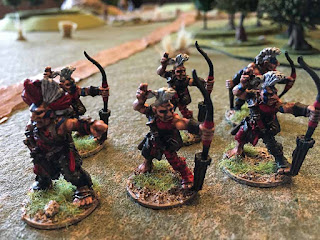 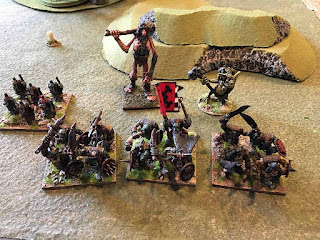 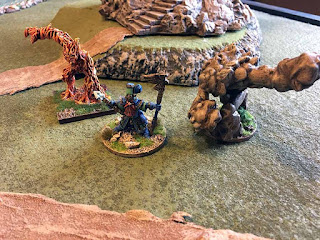 We had 6 players and the scenario was for the forces of Chaos to get as many units off the opposite table edge to raid and pillage. The Norse had to stop them.
It was quite a tussle. Most of the Orcish forces were stopped cold by a lowly unit of 6 bidders (light archers). They peppered the Ogres and Hill Giant so bad they lost Courage and left. The Orcs themselves were run off by the Berserkers, who themselves ran off after smashing the green skins. 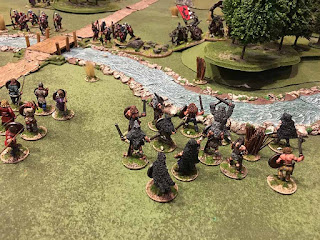 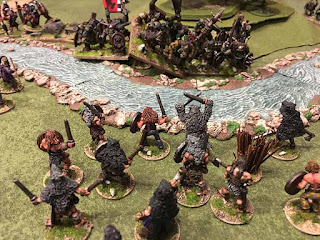 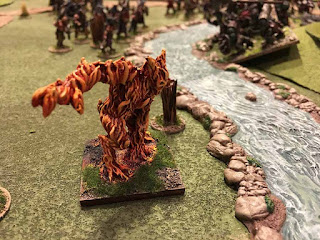 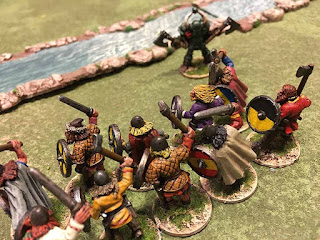 It's a good thing too, for Galadar spent most of the game trying to summon his elemental helpers. He did, however, help the Norse by casting Befuddlement on the enemy, making them automatically become battered. This made them especially vulnerable to attack.
Borak was able to get a little over a third of his trouble south to tear up the countryside, but lost enough troops to give the Norse a narrow victory.
Great game. I'll be painting up more fantasy troops!
Posted by BaronVonJ at 8:14 AM

Some lovely figures there!