We had a rare chance to play on a Saturday. I had originally set up the game for some out of town guests, but when one of them texted me he had woke up with a fever, I said "stay the F home"!
We still had an 8 player game on me 8' x 6' table. We actually had to play with some unpainted vehicles (GASP!) to cover enough troops for everyone. The first couple of turns all but 3 cards were used a turn.
The situation: There has been a rebel uprising on the backwater planet of Corona Prime, an important refinery world for the Empire. An Imperial Navy party has been cut off and surrounded by Rebels. They await reinforcements. 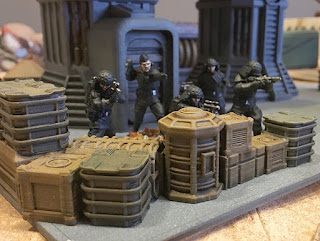 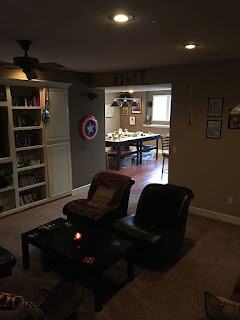 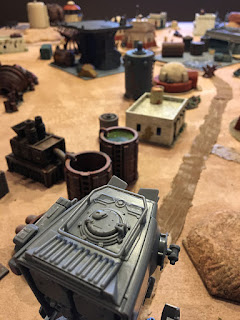 AT-STs moving up from the east. They would soon earn the name AT-ShiTs. 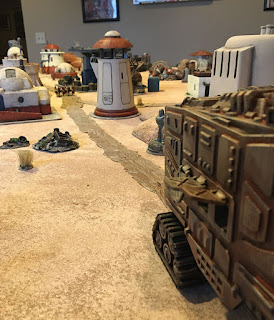 The Rebels have commandeered a armored crawler. It would move relatively unscathed during the fight. The Rebels used it as mobile cover, broadsiding the Imps from the windows. 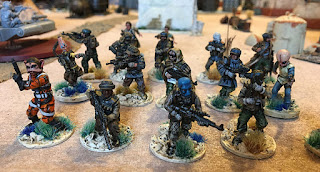 General Organa's 3 squads. This also included the Hero Han Solo. His Veteran status would turn the tide on the Rebel left. 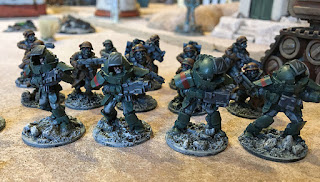 The Sons of Steel mercenaries enter on the Rebel side. Armored. A tough nut to crack. 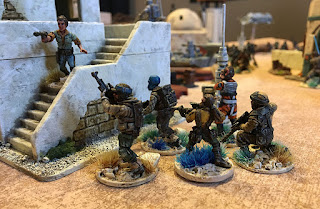 The Princess leads the way! 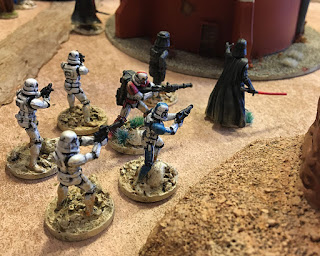 The Lord of the Sith. A Hero to the Empire. Dangerous on his own, but not invulnerable. 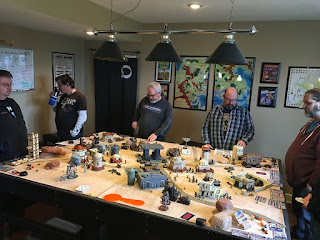 A break, as commanders plot their next move. 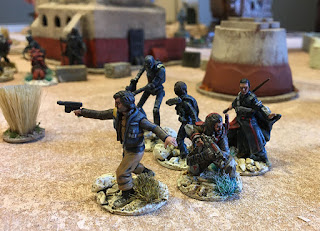 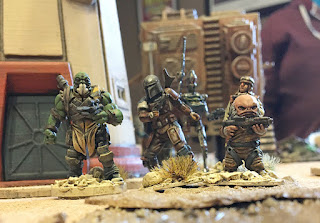 A Mandalorian chooses to join the Rebels. 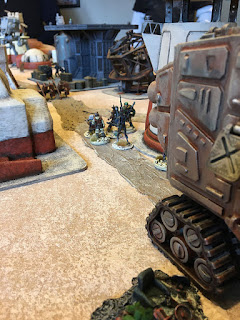 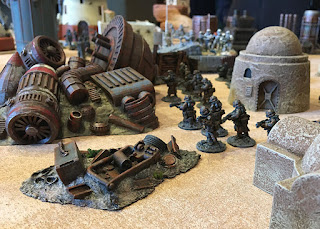 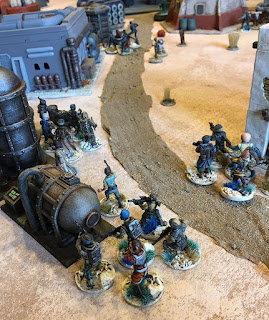 Hordes of Rebels move through the streets. 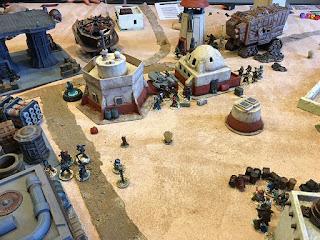 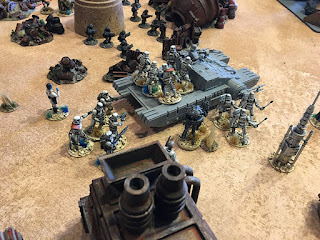 Stormtroopers huddle around a tank for cover. All great tie the crew loses heart after accumulating some Shock. 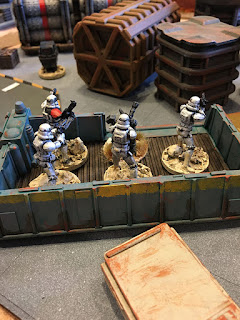 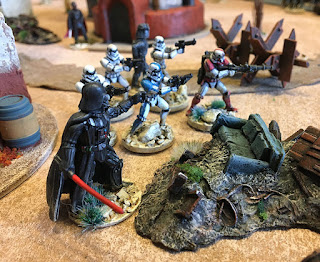 "Forward troops! And grab me this couch for my quarters after the battle." 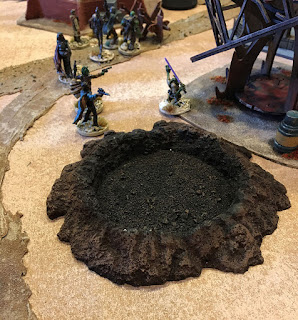 The impact crater after an Orbital Bombardment from the Empire. Eight Rebel troops used to be standing there.
We played with a Joker in the deck. Each triggered an Event. The first being a sand storm to block line of sight. The next lifted it. The third allowed the Imperial players to place a 5" template anywhere on the table. Any miniature under the template had to roll on the Wound chart. Eight mins. A 6,7,7,8,9,9,10, and 10 rolled: 12 casualties! 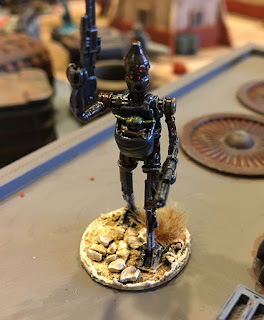 Don't worry, the child was safe. 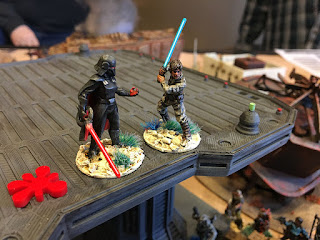 Luke dukes it out with a Wounded Imperial Inquisitor. Luke made quick work of her, capturing the landing platform. (The actual combat took place on a moving Airspeeder.) 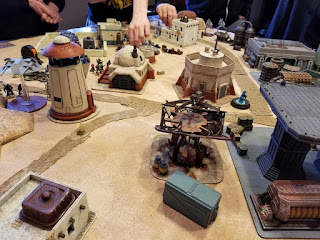 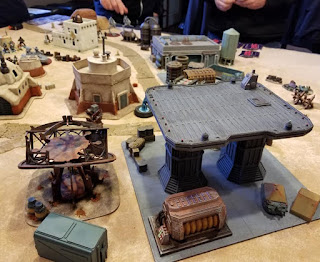 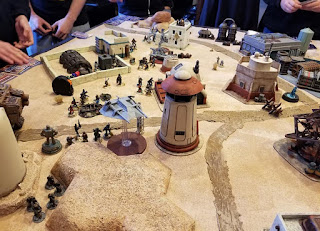 Rebel forces gradually drive the Empire back. A Joker played and a Rebel strafing run help. 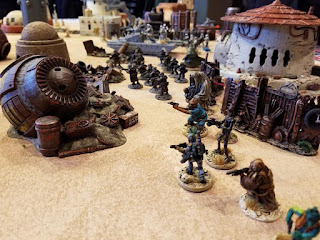 Bounty Hunters make one last push to drive the Rebels back. Them manage to blow up the Rebel crawler killing all inside. (They failed their escape roll).
Glad we braved the threat of infection for one last game for awhile. It was also helpful as a few questions came up that need clarification. And once again the use of Heroes and Commanders at the just the right time can turn the tide. The opposite can be true. Darth Vader attacked alone against dug in, undamaged group of Rebels. He took out  few but was put Out of Action in return.
Hopefully still on track for mid-April release, but Salute now looks out of the question with flights now being restricted, and actual convention in doubt. 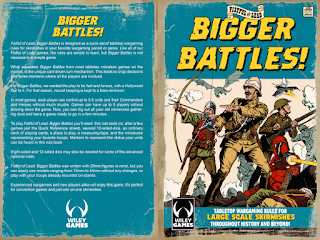 Might I ask, from which range/line of figures does theImperial Inquisitor come?

Not my mini. But I think they resin printed from etsy.

An entertaining report! Really looking forward to this. Just ordered the basics the other day. 😉

OK. Thanks for responding.

These rules do look superb - just the 'next level' up from the core rules that everyone is looking for.