Once Upon a Time in Mexico...Fistful of Lead Big Battles

Last night we had a small battle by Basement General standards, but it was another play test of "Big Battles".
Revolutionary forces were trying to capture a government gold shipment stowed away at the local leader's hacienda. They were also looking for a local priest to save him form Federal custody.
The Federales needed to reinforce the lightly guarded gold and capture the priest who had been preaching insurrection to the locals.
For this game, all troops were the same grade with no unit traits other than the mounted troops and a machine gun. Officers had traits. 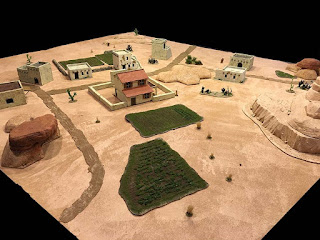 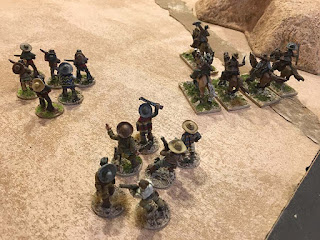 Villistas mass on the edge of town. 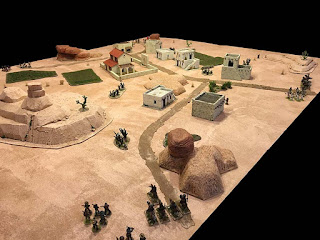 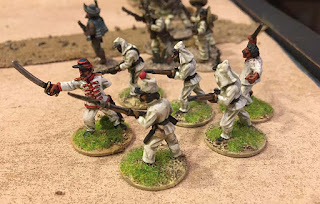 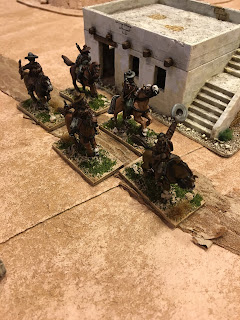 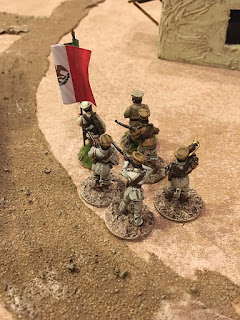 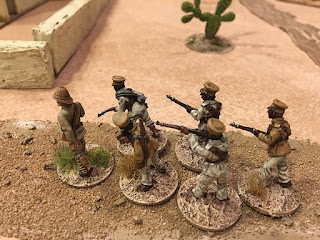 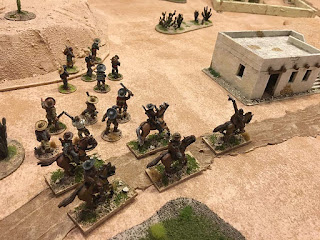 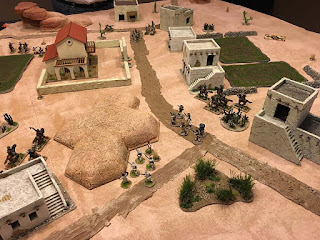 Closing to shooting range. Federales pack the hacienda and await the assault. 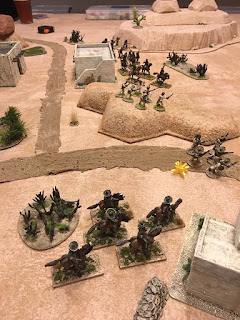 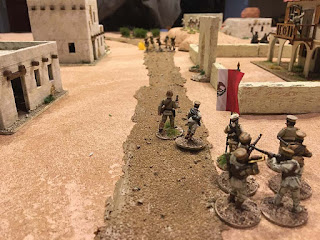 Gunfire down the village road. The Federales lose 3 men right away. 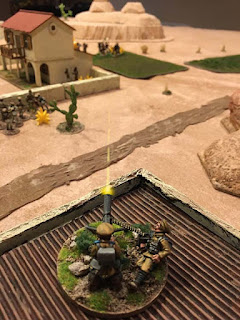 The Machine gun rains death on the exposed Villistas in the fields.
Te Fedrales went straight for the hacienda. It would prove to be their tomb. The Villistas assualted the house once but got the worst of it and spent the game blasting away at the occupants. In the rest of the village, some mercenaries were cut down before they really had a chance to impact the game. As with most games in modern times: Stay in cover!
Relatively quick, fun game. Each side had 6 squads of 6 miniatures. Both players commented it was like playing a normal sized Fistful of Lead game, just with more figures. Which is a good thing.

Posted by BaronVonJ at 9:16 AM

Like to see that the system FFol work so fine in "Big battle" too.