With city's sewers overflowing with undead, it was time once again for the RRHS Annual Hunt and Fall gala.
Attending were the usual notables. 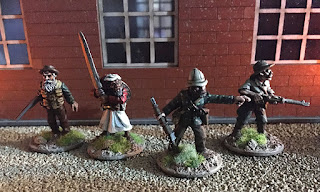 Lord Oliver Throckmorten and his cadre of big game hunters. 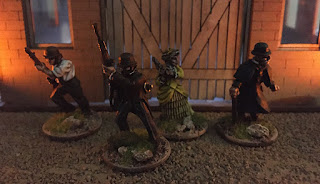 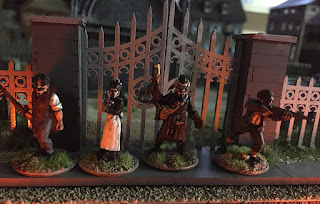 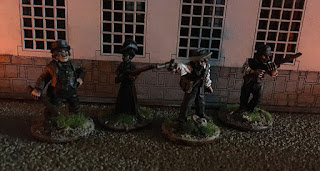 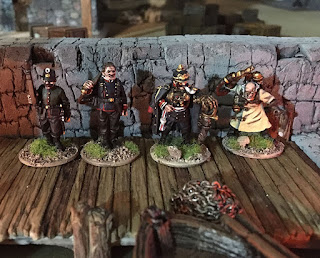 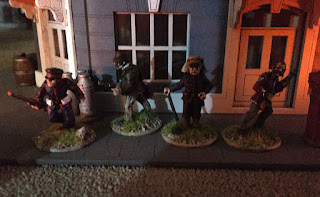 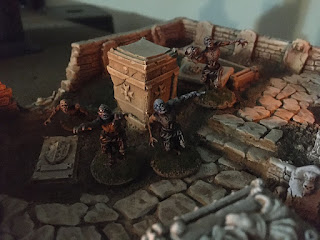 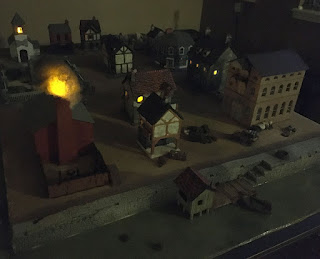 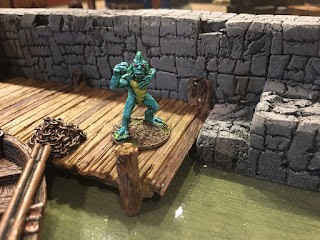 All the disturbance has brought some locals out to watch. 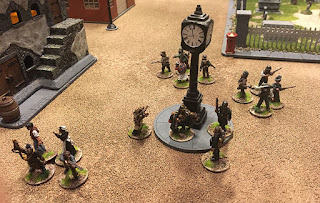 The hunt begins. There are 6 spawn points for the undead that have to be destroyed. At the end of each turn more appear based on the amount of noise the hunters make. 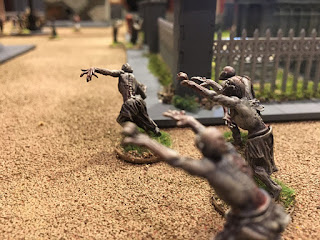 At first, they show restraint and refrain from using their firearms. 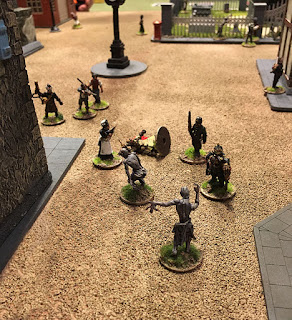 But soon, the horde starts to swarm. 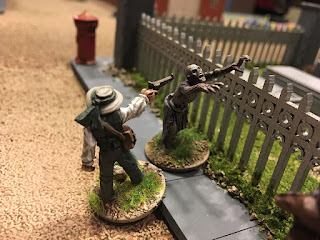 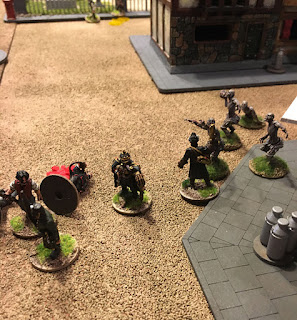 The Prussians and Prof Nightshade take the brunt of the undead tide. 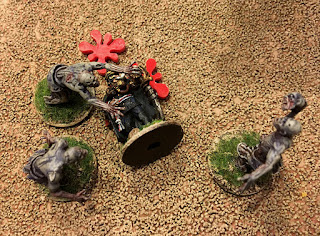 And are soon overcome. 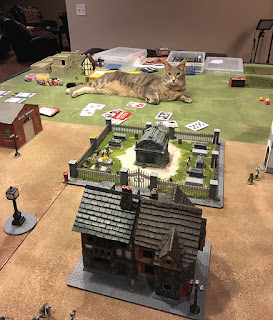 All this carnage summons a demon from the depths. 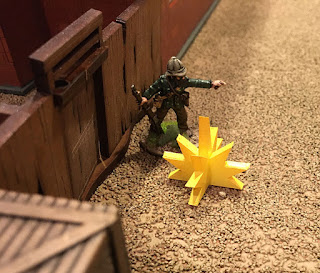 Noise markers show where all the action takes place. 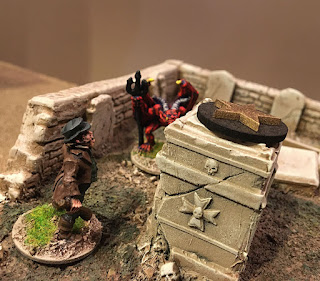 Another demon...
Despite their best efforts and some truly abysmal rolling, the Hunters ultimately failed. Throckmorten was awarded the trophy for his number of revenants destroyed and destruction of 2 spawn points. However, he'll have to retire to country house, as London is now overrun with undead.
Another great outing. I let players knocked out early to run the zombies and could still score points by taking out Hunters. But they took their terrible dice rolls with them into the after life.
Next week: What do you do when you find a #&%! ton of XWing toys at the half price store?...
Posted by BaronVonJ at 9:00 AM

As to your last question . . . I guess the answer is buy them all!

That part has already happened. The question is what to do with them. Make ready for Fistful of Lead: Red 5!