...or what we're calling it for now.
Last night was another playtest for our rules for playing larger scale Fistful of Lead games. We're trying to keep the same mechanics for the most part, so that players familiar with FfoL can jump right in to larger battles.
For this run through I dug out a fraction what used to be my GASLIGHT armies. An Anglo-French army was battling a German force for control of a key crossing. At the end of six turns we checked to see if night had fallen.
I present the Battle of Spikey Helmets 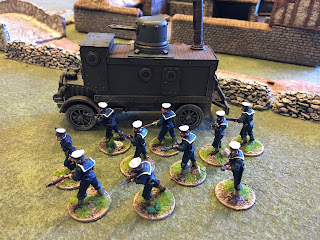 Naval Landing party. Units get traits just like individual miniatures. These boys are keen to Rally and their Leader has trained them to be fast. 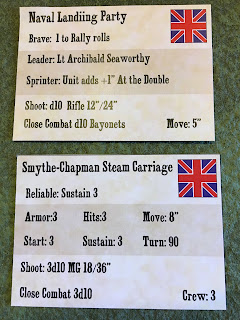 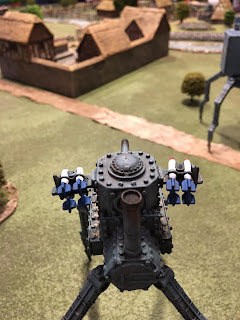 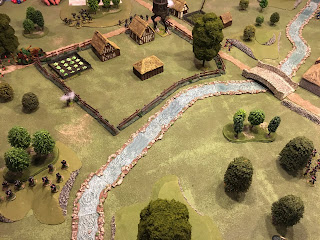 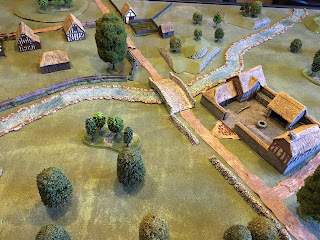 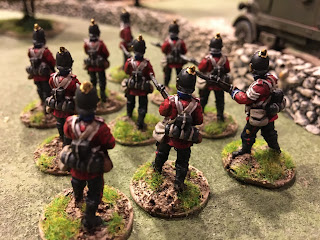 The boys in red. They're Steady. Just like in FfoL, this means they ignore shock for shooting rolls. 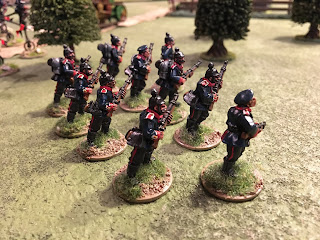 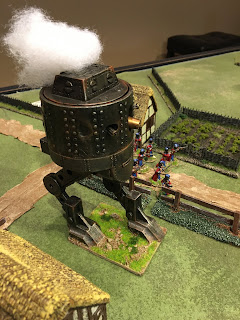 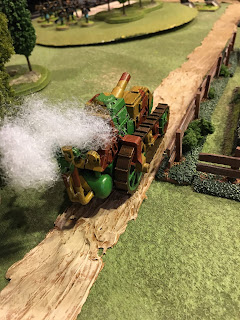 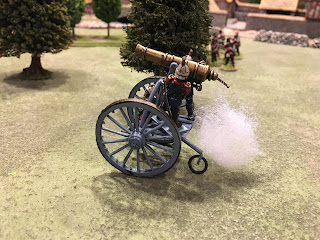 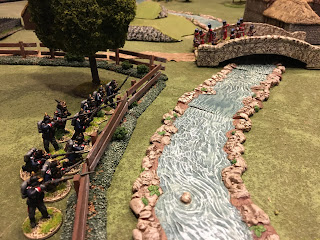 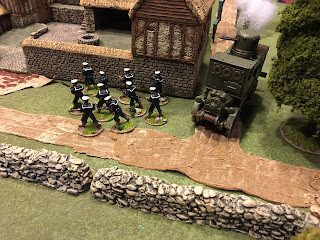 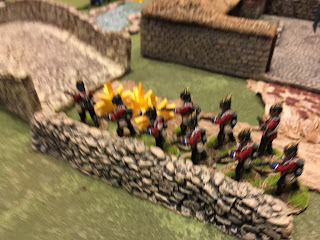 Three shocks means three less close combat dice (not shooting because they're Steady, remember/), plus it reduces their move by 3". 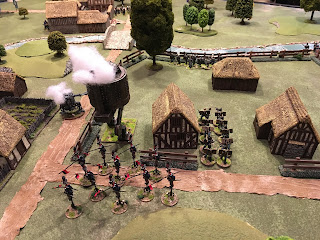 Uhlans to the front! Rokkitruppen fared as they always do. Flew in, and killed to a man! 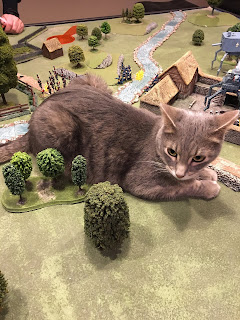 Despite a final valiant charge by the Naval troops before the sun set, the Germans earned enough points for the win.
Over all, I think this was very successful. 4 players, 21 units, over in 2 and half hours. And it felt like a FfoL game. Essentially, you're treating a unit or a vehicle like you would a single miniature in the regular games. Vehicles were tough but not too tough. Not rallying off shock meant troops lost combat effectiveness and fell back or routed.
Can't wait to try with other periods.

That's great! well done. I love the adaptation for sustaining in vehicles, from Gaslight.
Good job!

How many units are going to be per unit?

miniatures per units? Trying different amounts so people can use existing collections

Cool looking game. Nice pics and I like the steam.