Hunt for the Devil's Crown 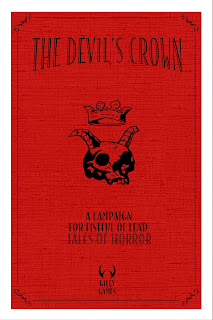 The Devil’s Crown is a campaign for Fistful of Lead: Tales of Horror. The campaign is a series of 6 linked scenarios to be played in order. The outcome of each scenario has a direct effect on the next game. The player with the most Renown at the end of the campaign wins, and possesses the dark power of the crown.
The scenario book also has rules for a new faction: Gypsies! Sometimes against, sometimes with the Forces of Darkness.
And a printable catacomb for use with scenario book.

Find it here!
Posted by BaronVonJ at 8:18 AM