Every so often we just have to play one of of our favorites: GASLIGHT.
It's a standard, but full of house rules now to speed up our 6-8 player games. We tried a new one this past week.
I made tokens for each unit on the table, not specific to the unit, but the faction (German, British, French...). I also threw in a Tea Time token. This stops the action, the already pulled tokens go back in the cup and the turn tarts fresh. This meant, so units could potentially not go, while some might even get fairly back-to-back moves.
Wow, it really changed things up. In a good way. Decisions become more important when the certainty of getting your turn goes away.
The game involved light fast moving troops to capture an objective. So no big, clanky contraptions this go. 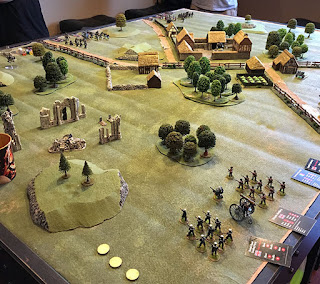 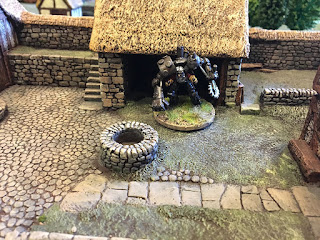 The objective: The indomitable Prof. Klaus. Toymaker, or troublemaker? 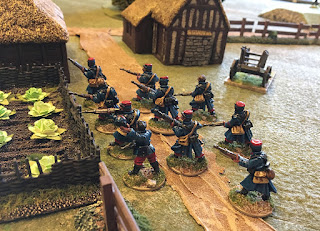 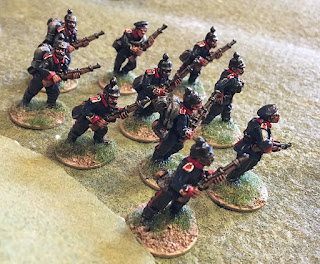 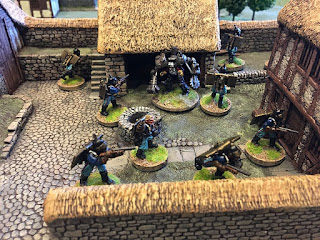 Rokkitruppen try to take Prof. Klaus, but get a beating instead.
This was one of moments where the Germans got two tokens pulled then a "Tea Time". With a new turn, the Rokkitruppen moved twice, and were able to jump on there objective. They didn't take advantage and got bogged down in a shooting match they ultimately lost. 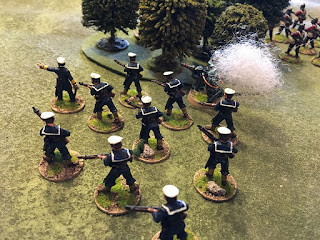 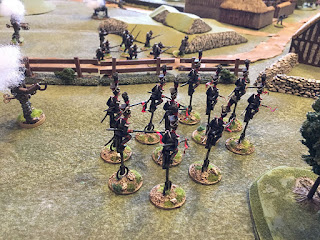 Unicycle Uhlans have the same idea. 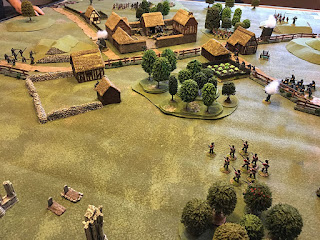 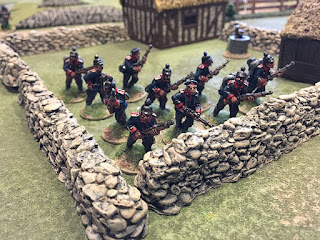 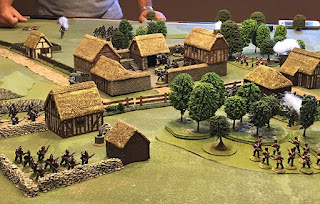 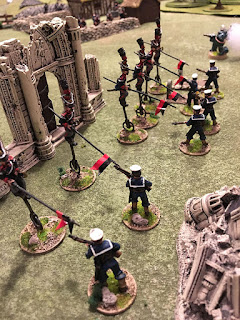 A nasty bit of hand-to-hand. The Uhlans, win, but at great cost. 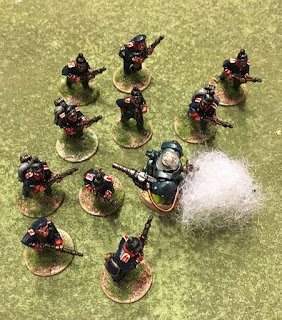 One Impervious Suit against a horde of Germans. I was able to take down a few before a well placed bayonet between the armor plates finished him. 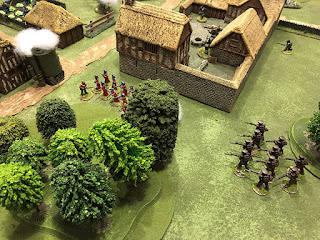 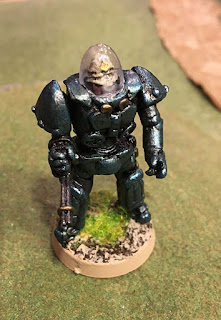 Francois here spent the entire game trying to get his engine started. It arrived way too late. 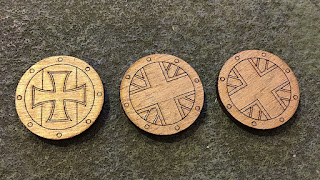 Said markers...I took out three at a time to give turn order. 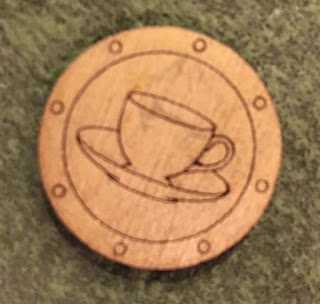 The dreaded Tea Time marker. All in all a lot of fun.