Fistful of Lead SciFi playtest #3: Prisoner of the Machines! 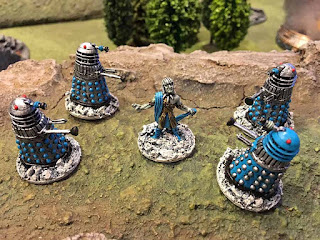 On a planet without a name, strange things are afoot. The survivors of a long ago war were eking out a meager existance when a man from the stars arrived to show them a better life. The warring tribes united under this Star Man and things were looking good...until the machines appeared.
They took the Star Man and built bigger machines to transport more of their kind to strip the few remaining resources from the planet.
Then a new stranger arrived promising the free their savior and destroy the machines... 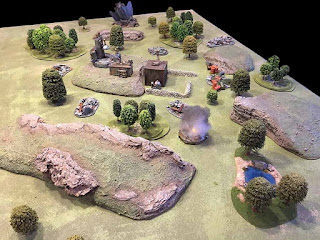 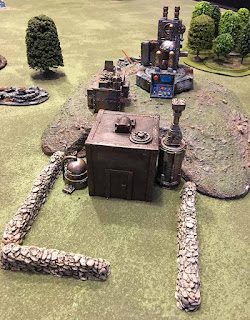 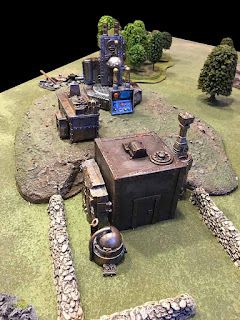 This was play test #3 for we call Fistful of Lead: Galactic Heroes. I wanted to try out the new rules for Goons, a few new weapons and Psionics.
The Daleks (let's just call them what they are) have a built a transporter. Every time a Joker is played, a new one appears on the transporter at the end of the turn. But they have to man the transporter for it to work. They all had Armor and were armed with a Death Ray, but were Slow (only moved 4" per action) and Lousy at Close Combat (used a d8). Their mission was simply to hold off the attackers. 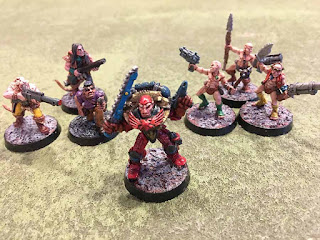 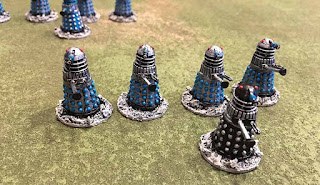 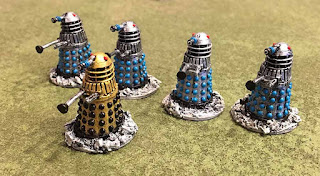 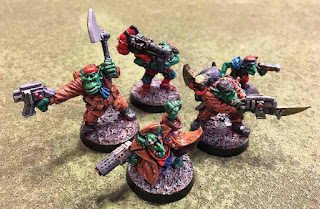 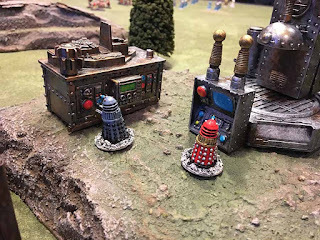 Three factions were attacking. Krumbo's Kommandos, a group of greenskin mercenaries looking to collect on the bounty on the Star Man, and Mongo's Marauders, looking to do the same.
Then there was Wilja Stind (my Jedi name according the internet), a Light Templar. He's a Galactic Hero (wields a d12) and has Psionic powers. He led a group of locals including a group of Goons. Goons come in groups of 3, but activates as 1 model. They only take one hit and only use a d8. 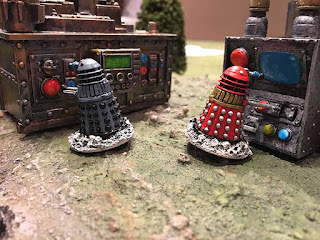 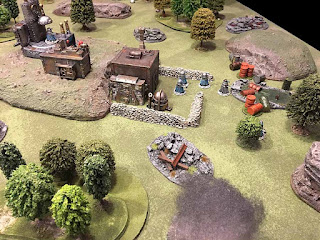 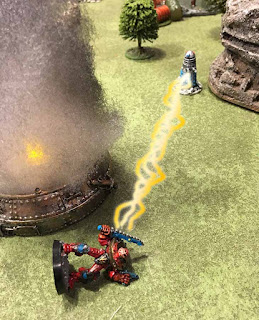 The game started with the much anticipated Wilja Stind zipping forward to set an example for the locals. Even using a d12, he missed, and the Daleks counter attacked. Wilja Stind, Templar of the Eternal Light, went down first turn....
His furious locals charged forward to avenge him. The Goon squad missed, but an ancient piece of lead (we'll call him Ugly Joe) was the first to blast a Dalek to pieces. He went on to take out two more. 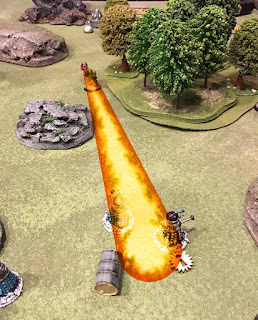 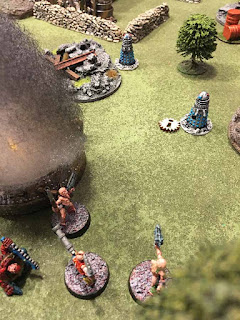 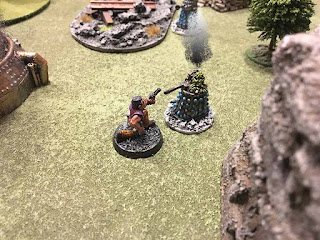 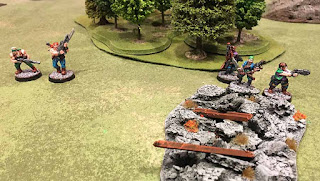 On the other side, the Kommandos were taking it on the chin, despite the heavy Flamer scorching, but not actually hurting, two more Daleks.
Mongo's men were protected by the woods for awhile and emerged to get 3 wounded in one turn. But the very next turn, Mongo was blessed by 2 Aces and the Queen of Hearts! Three wounds disappear.
Ugly Joe had punched a hole through the Daleks and one of the Goons managed to get to the cell only to snap his flint spear in the lock! 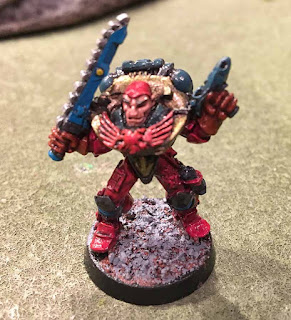 An old Inquisitor masquerading as a Jedi 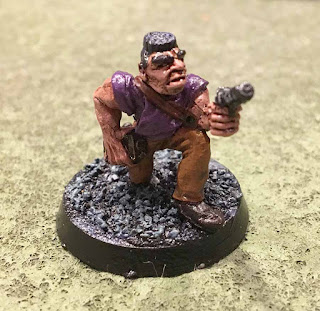 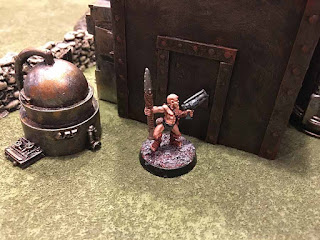 Daleks left their posts to steady the line, but this meant no reinforcements would come in. The tide was changing. Wilja Stind appeared! Turns out he had "9 Lives" and can ignore the first Out of Action. He helped free the Star Man and made a run for it. Aaaaand got shot down again.
With only a Goon to protect the Star Man, Krumbo and Mongo decided to split the bounty and made quick work of both the good guys and Daleks.

My 2 favourite inspirations 40 k and dr who = brain melted

Next fight must include this guy
http://www.belloflostsouls.net/2010/04/the-most-awesome-40k-character-of-all-time.html