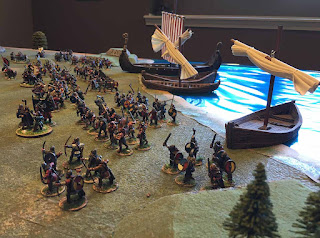 We've been playing several loose linked scenarios with Lion Rampant. The raid has not gon well lately for our viking invaders. Now, they're trying to make it back to their ships with what little spoils they have. The normans are close on their heels. 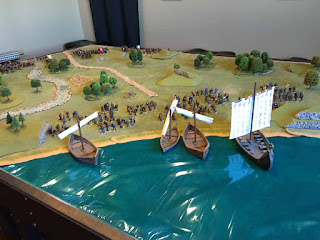 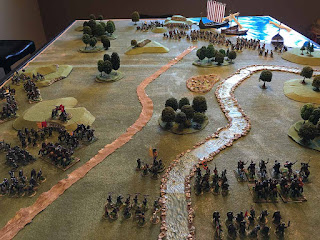 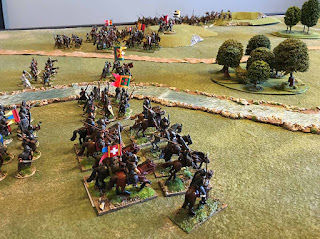 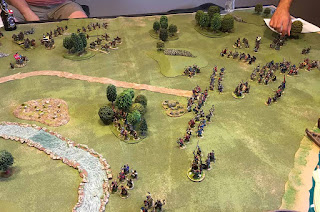 We had 6 players split into teams of 3. Some players were veterans and others completely new. Each had a full 24 points (actually the Normans had a little more). The Norman objective was to burn as many of the Viking ships as possible. The Vikings, of course have to hold until the tide was going out. 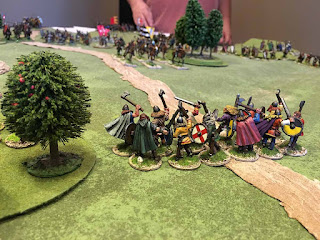 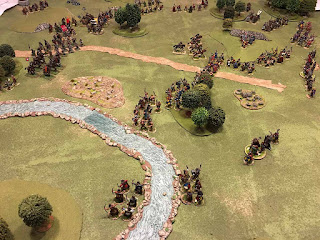 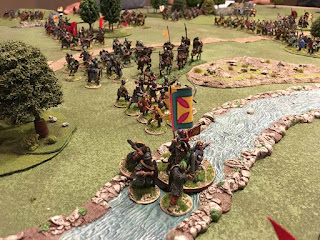 From the start, the Normans had a hard time getting moving (aka failed activations). We attributed this to being wary of cornered animals. The Viking, however, decided to go on the offensive.
The Normans initially were forced back by the Northmen's onslaught but managed to get a few flanking maneuvers going.
Just as the blood started flowing we had to call it. But, instead of packing it up, enough people wanted to see it played out. So now I have to find a way to protect the table from thespear snapping, flag chomping dragons (cats) until next week.
Posted by BaronVonJ at 12:07 PM

Castle FusterCluck is full of dragons, too. Inspiring battle!

What size table was this on?