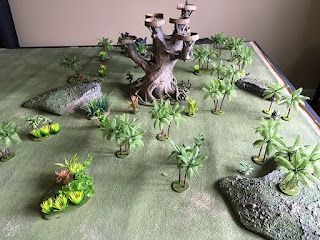 Our Hero, that daredevil of the skies the Red Raptor, along with his trusted sidekick Ace, have disappeared while piloting an experimental aircraft over the Pacific. He is believed to have crashed on the enigmatic island of the Chimera.

The Liberty Legion has been immediately dispatched to rescue him. Little do they know, the Soldiers of the Rising Sun are also making their way to the island.
Little did either of them know, but the island is the secret base of the mysterious Cult of Chimera. With a dreadful cocktail of Dark Magics and Super Science, the cult has infiltrated all levels of society. With the capture of Red Raptor and his Top Secret plane, their power can only grow! 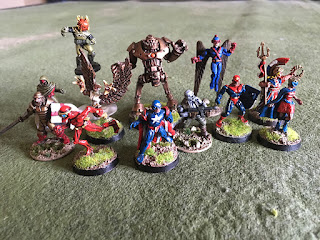 Of the Liberty Legion, Klank, Scarlet Speedster, the Sentinel, Golden Knight, Sgt Stone and Warhawk were dispatched to island. 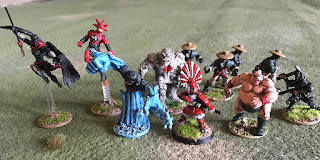 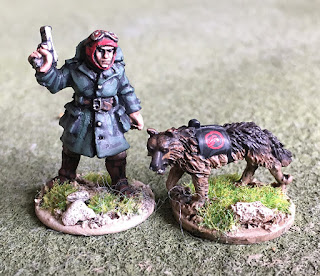 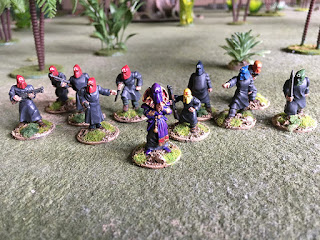 The Cult of Chimera
The Axis forces were the first to arrive, and Tengu was the first to come under a hail of fire from the Cultist hidden in their Temple Tree. 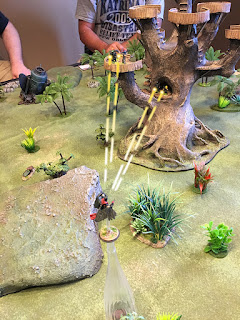 On the other side, the Scarlet Speedster zipped in, taking out one the Cultists with flurry hypersonic punches. 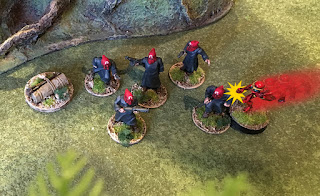 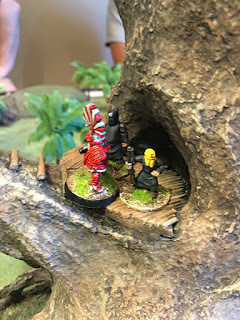 Meanwhile, the Sentinel of Justice made the mistake of disturbing an island idol, insighting the Natives. Soon two more heroes would get involved. 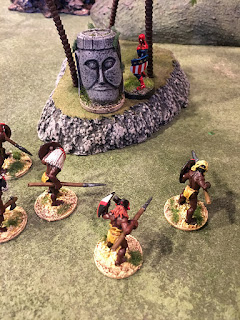 Tengu spots the Cult Leader and attacks! Little does he know, the Chimera leader has the ability to steal powers. The winged super is soon wing-less, and it's the Cult Leader with black, shiny feathers. 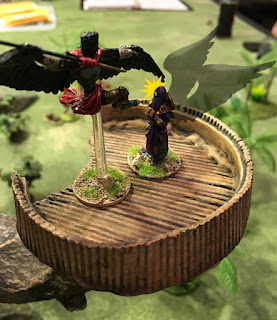 On the other side of the tree, Rikishi has bounded up to quickly deal with the remaining cultists. 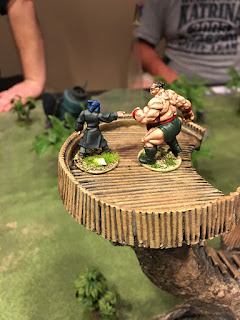 Tsunami makes the same mistake as the Sentinel and with the same results. 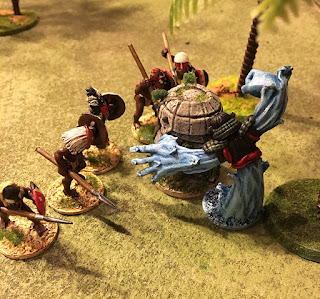 With the cultists dealt with, Hachiman captures Red Raptor and makes for the waiting submarine. 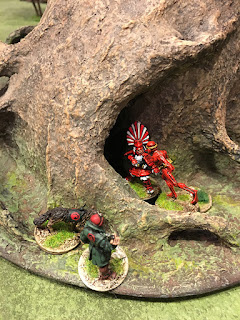 The Sacrlet Speedster tries to intervene, but the invisible Shinobi strikes, taking out the red racer... 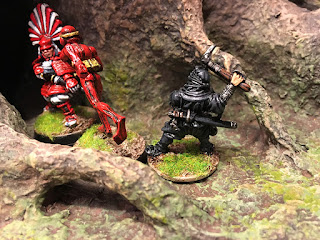 Captive in hand the Soldiers of the Rising Sun start to withdraw. Having spent too much time handling Natives, the Liberty Legion tries one last mad dash to rescue the Raptor... 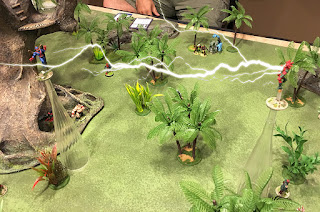 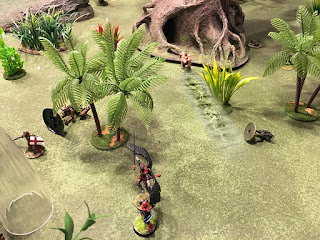 ...only to be shattered by lightning from Raiden and knocked down by shockwaves from the feet of Rikishi. It was a dark day for Our Heroes. Who knows what dark plans those villains have for Red Raptor. And maybe worse, during the battle the Chimera Leader escaped! 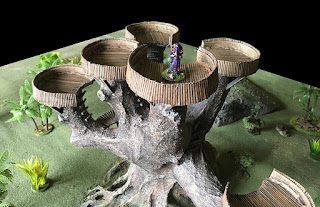 Next episode: Uncaging the Raptor!

Posted by BaronVonJ at 8:57 AM

That temple tree is a fantastic terrain piece!

Yes love the temple tree! Looks like a fun game too

Can't take credit for the tree. I buddy of mine made it.
-J

What rules were you using, if I might ask?