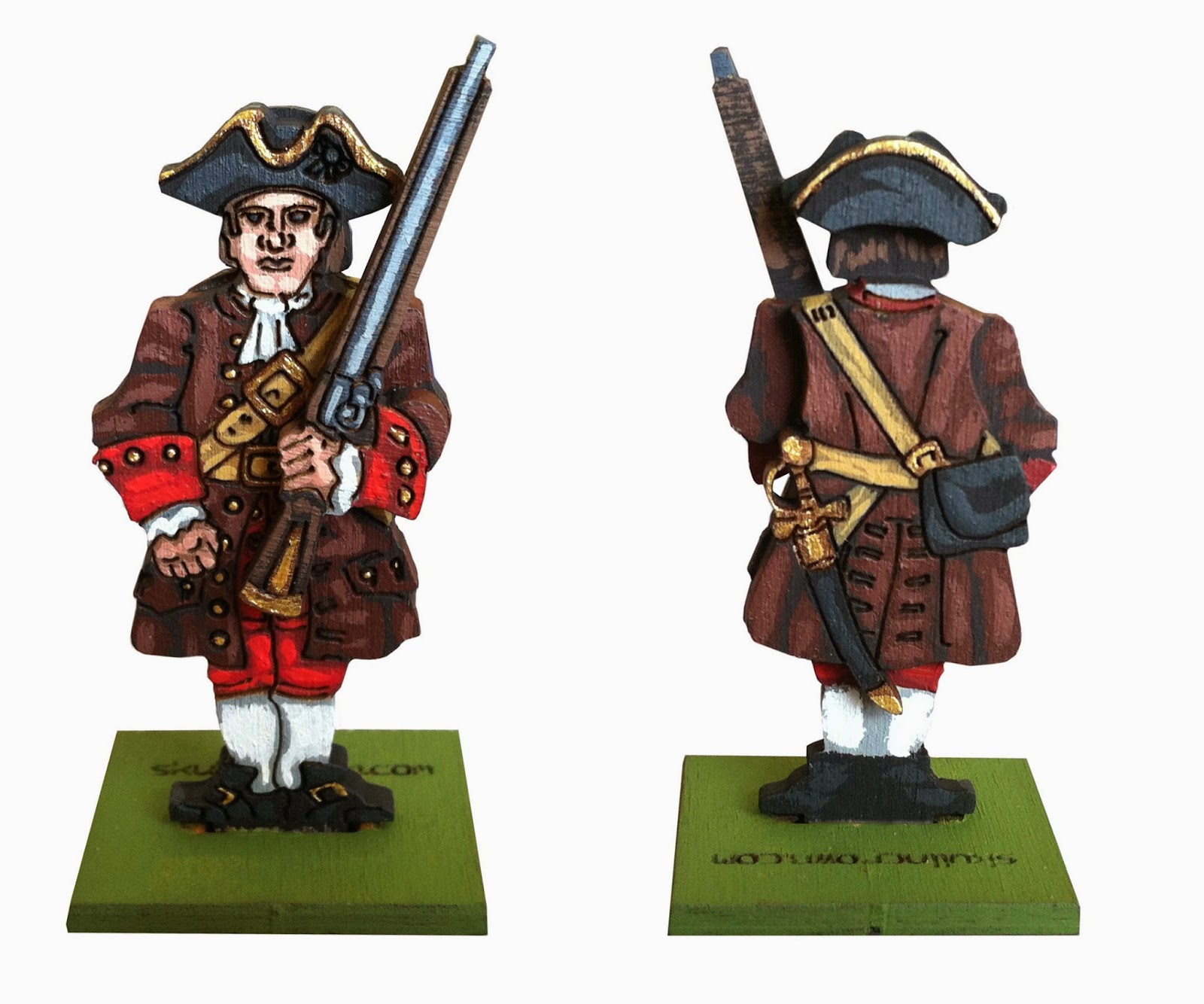 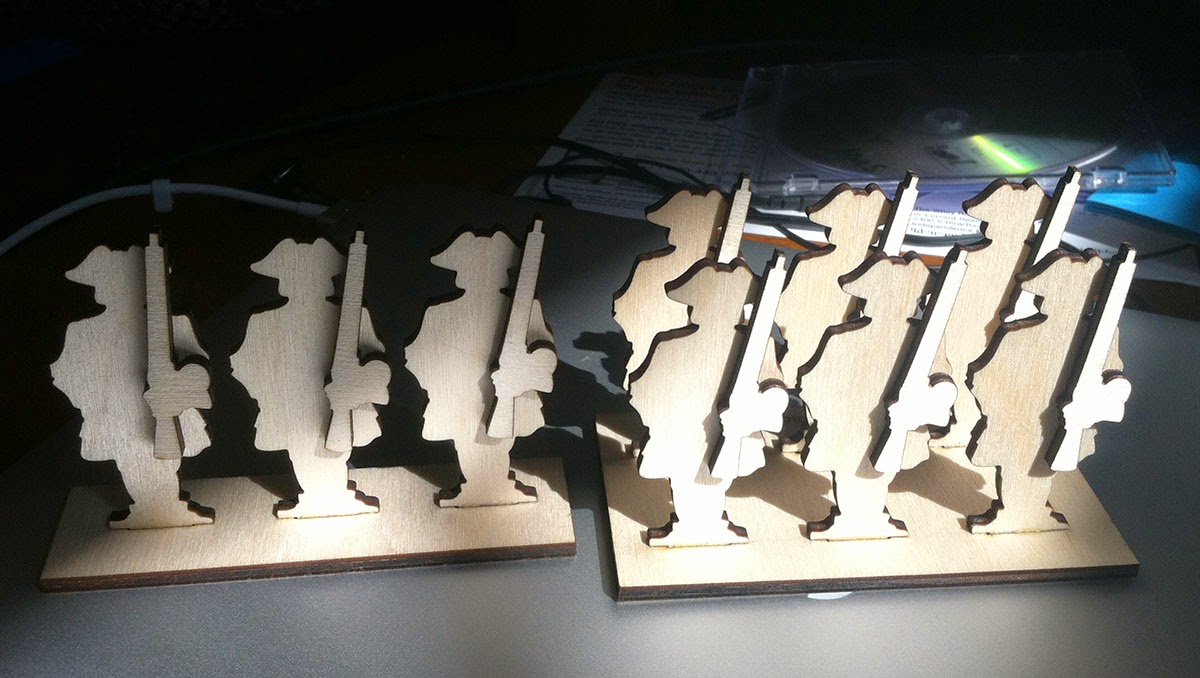 Posted by BaronVonJ at 8:45 AM

Wow, that's pretty cool! Nice work, both of you!

Bravo- Soon the regimental tailor will be very busy!

And the Royal Flag maker.

Bottom of foot to tippy top of hat 60mm. So really 54mm I guess.

Is this going the kinetic path of hurled projectiles?

No flying balls for this one.