Pulp Alley- Ep. 23: the Treasure of El Kabong (or the Curse of the Crate) 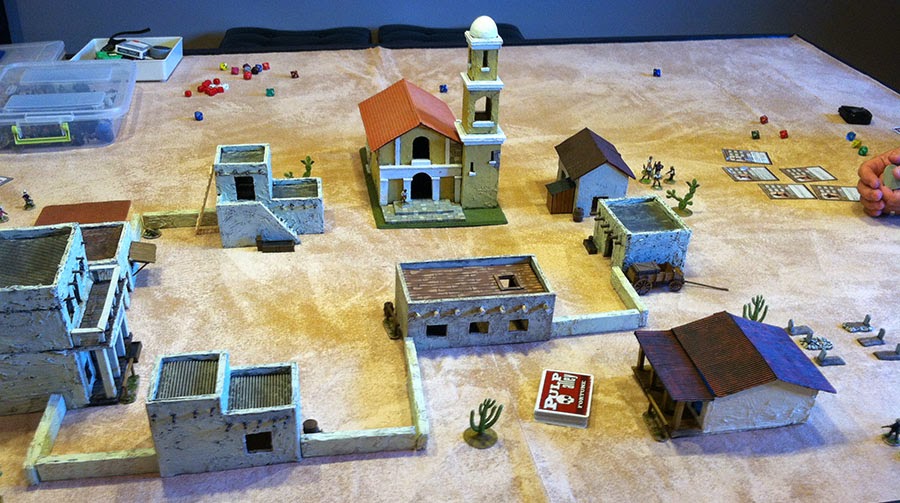 In a small Mexican village of no consequence the hidden treasure of the fabled hero El Kabong has been found by renegade archeologist Robert "Arkansas Bob" Rudebaugh. Amongst its treasures is the Sword of El Kabong, rumored to have mystical powers. 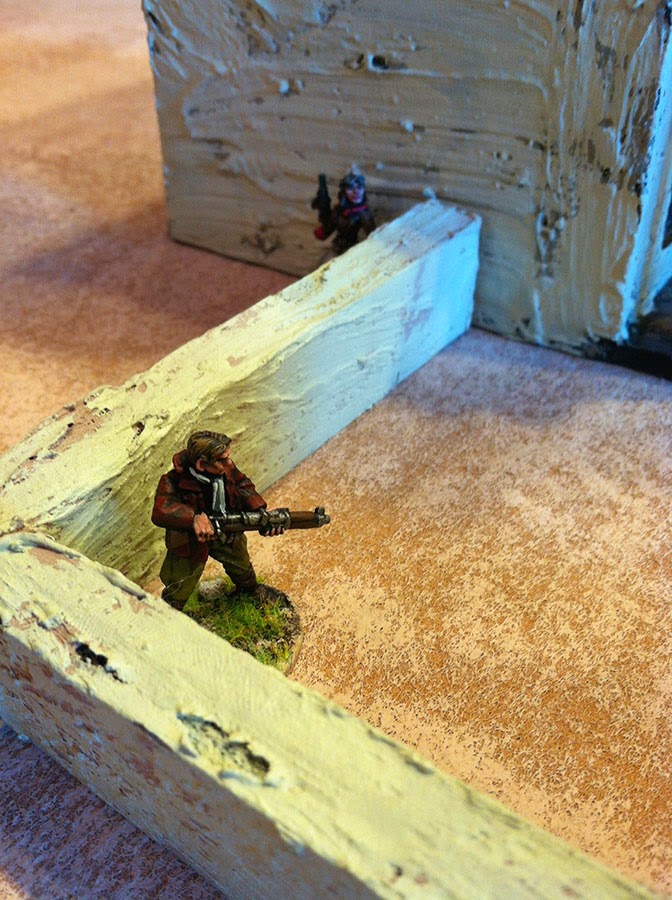 Curtis, Ally of the Raptor, hops a wall followed by Roxie Rocket
Arkansas Bob seems to have gone missing, and along with him the exact whereabouts of the treasure. Four Leagues have converged on his last known whereabouts to claim the riches.
First is Pecos Pete and Giddy Up Gang. Posing as everyone's favorite Saturday Matinee idol, Pete is really an secret agent of the US government. He uses his start status to get in places others can't.
The Royal Archeological And Mystic Society wants the treasure for purely scientific study, while Virginia Dare and Danger, Inc. has been hired by a wealthy businessman to claim it.
And finally, the enigmatic Red Raptor has his own reason for the treasure.
All teams had to claim at least one minor Plot Point before moving to the Major one, the treasure itself. 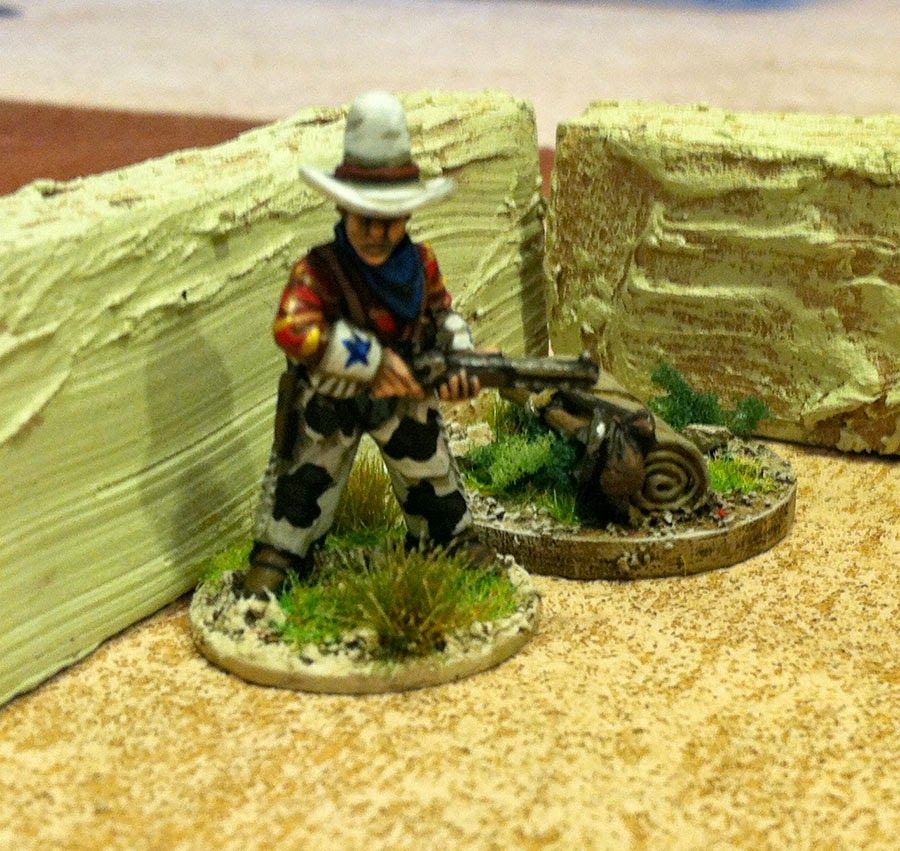 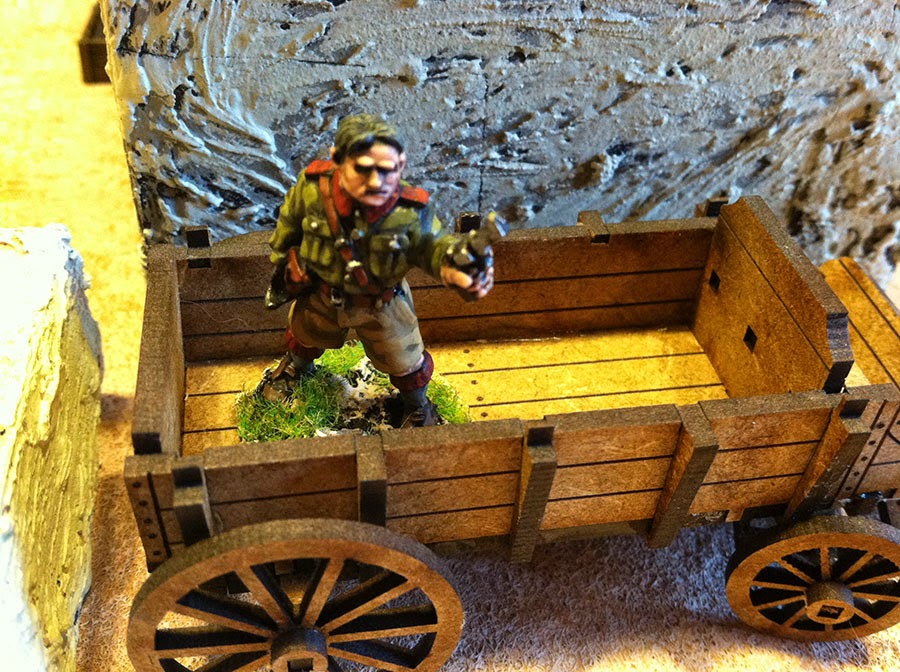 Lefty grabs a a crate 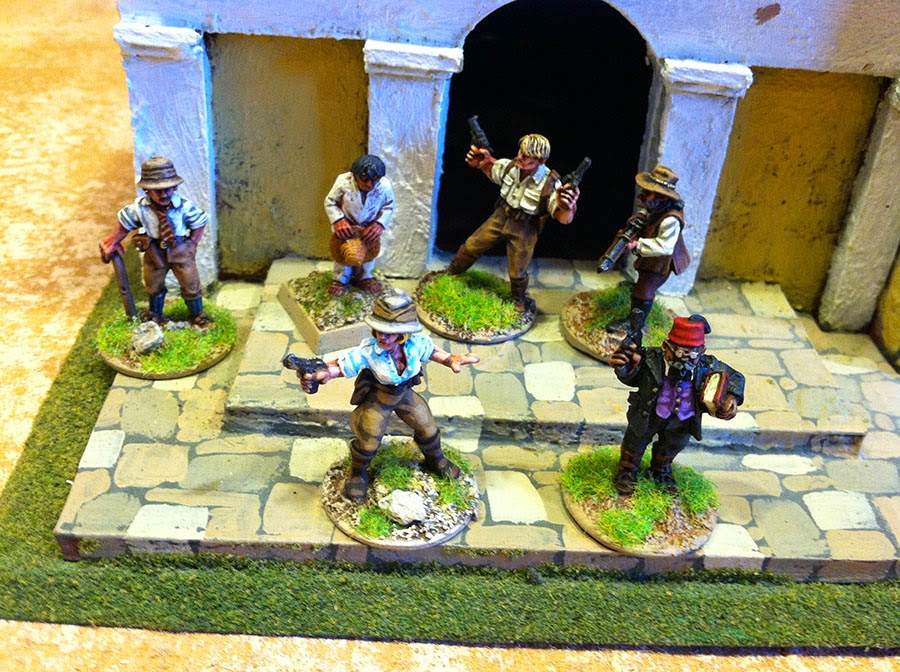 The Royal Archeology and Mystic Society question a local
Danger Inc, moved fast and Virginia's right hand man Lefty claimed large crate that had a dislodged grave stone in it. Aha! The treasure was in the grave yard, very close to their present position.
Meanwhile, the others snatched up their own Plot Points, leaving the game tied.
The Major Plot Point, the grave proved a tough one. The place was over run with scorpions and other nasty desert critters. 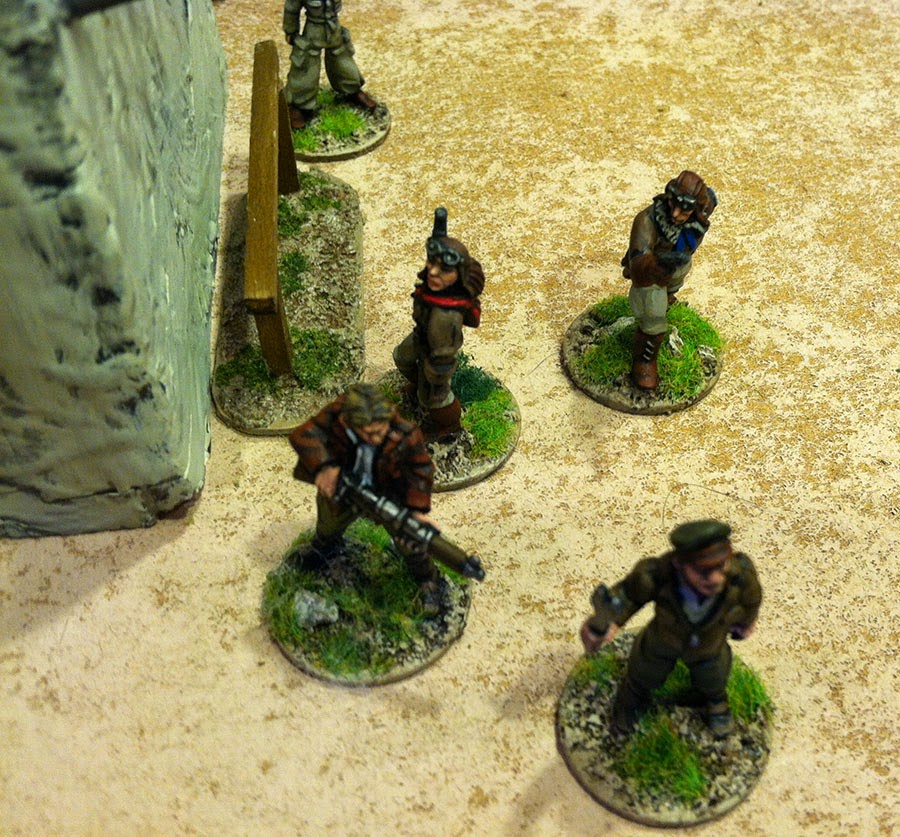 The Raptor's crew move in 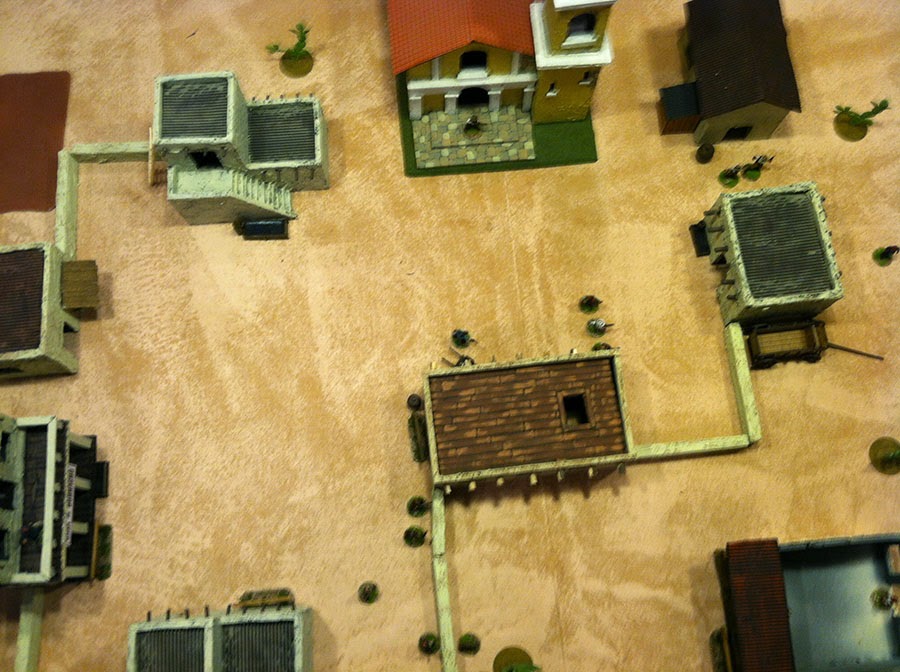 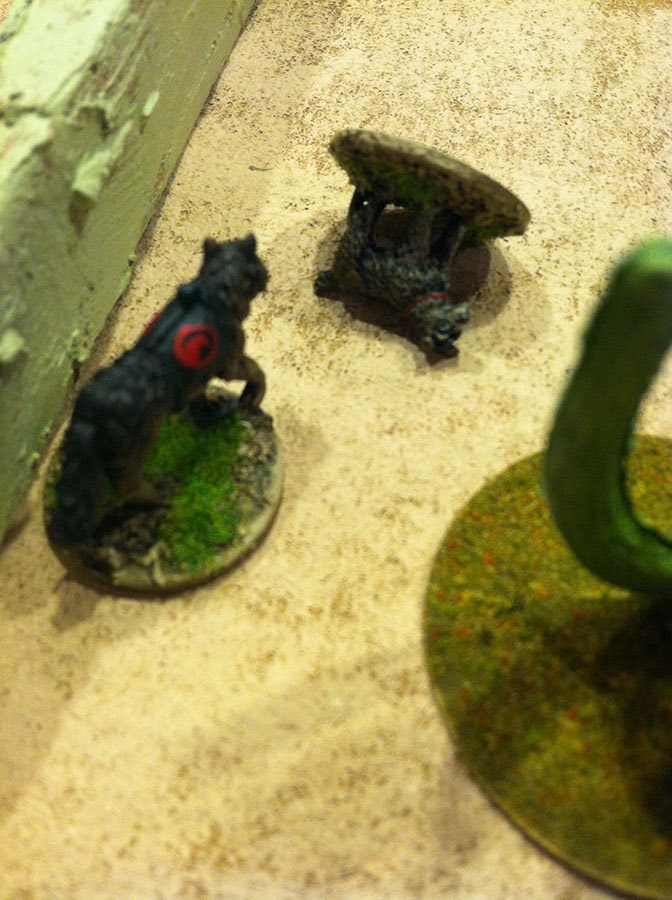 Ace, Sidekick to the Red Raptor tears apart poor Wellington, Dare's dog
After it was finally claimed by Dare herself, instead of leaving the board with the winning points she decided to hang around. Oh, greed.
The game turned into a slugfest with whomever grabbing the crate quickly getting eliminated.
In the end, turn number 6 happened and Dare escaped in a very dramatic fashion.
Good time.
Posted by BaronVonJ at 12:10 PM

Looks like a good fun game! Very "pulp-y". Excellent minis and terrain, and an interesting and intriguing story.

You'll see them again in a couple of weeks when I do the Magnificent Seven
scenario.

Great stuff! Plenty of Pulpy goodness there. Love the minis and village.