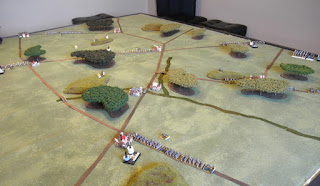 For the fourth Thursday in a row I have somehow escaped being the one putting on the game. This time, Basement General Nick brought his own rules "Orders to Eagles". He also brought his fine collection of miniatures and terrain. It was a semi-fictional fight between the French and Saxon allies vs the Prussians (I think. I had been to a Happy Hour right before, so some details are fuzzy). 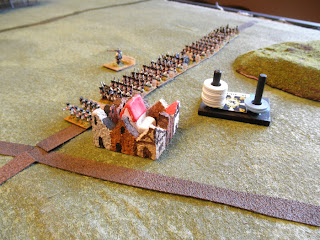 Prussians along the road. 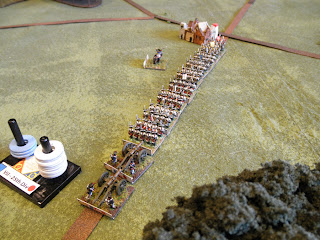 The French move to meet them 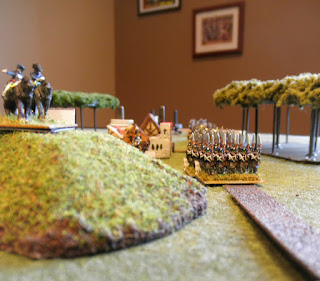 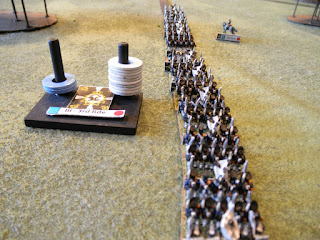 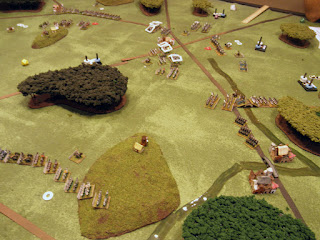 In the distance, squares are formed. 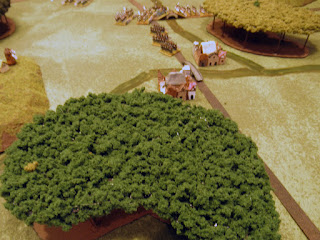 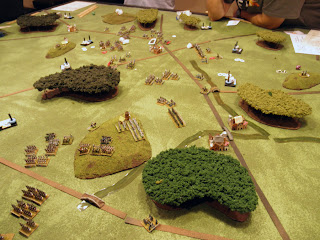 I think, as usual most folks had fun. And that's what matters.
Next Thursday, Nappies again. This time 6mm and Fast Play Grande Armee.

Posted by BaronVonJ at 1:42 PM

What are those platforms with the stacks of washers all about?

THose represent a combo of your pools of orders and morale.

something that your house rules use?

if you could make them a bit more 'camouflaged' with the ability to still see the important data they would be awesome!

Actually not really our house rules. We usually use Fast Play Grande Armee. For 28mm scale we use Black Powder.