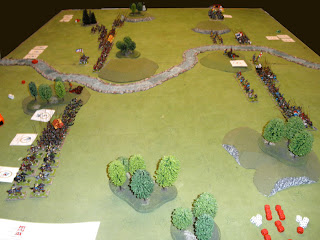 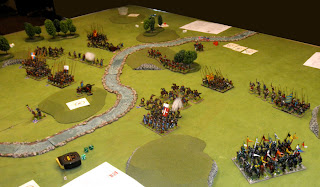 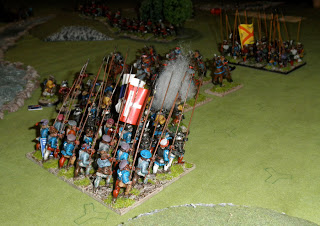 If you look closely at this picture, you'll see I've created a Hex grid on my mat. Hmmm, what could that be for....?
Posted by BaronVonJ at 7:42 AM

Thanks for the report. I downloaded Actions quite some time ago but have yet to play them.

Great game. Just doesn't work for this scale. I'm going to paint up some troops for period of Actions!, like some French Wars of Religion.
As far as cards go, I got the deck from the newest C&C edition that works for bigger battles.
-J

p.s. El Grego forgot to tell you, love the new blog about half continent.
-J