In the aftermath of Order 66, Imperial Inquisitors have been dispatched to hunt down the last of the Jedis. Using a false distress beacon, the Sith have lured Jedis to some deserted Jungle Ruins.

The scenario was simple.  The Jedis had to find the source of the false signal to keep any more Jedis from being lured to their deaths, and take out any Sith.

The Imperial forces had to kill any Jedi they found. 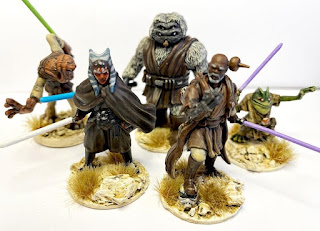 The Jedis. Withe Ahsoka and a very much alive Mace Windu. "I ain't dead mutherf....!" 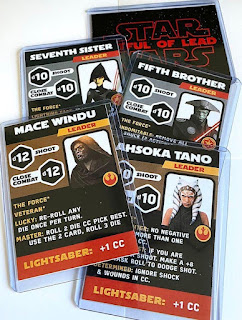 Each player had a Force Wielder along with bodyguard of 4, including a heavy weapons specialist. 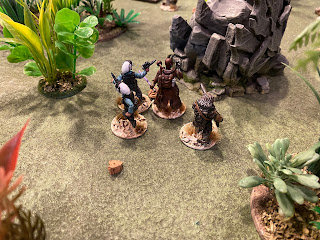 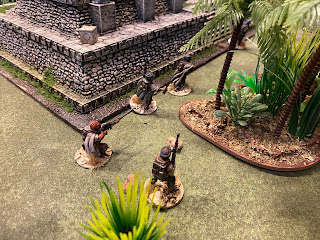 The Mon Calamari sniper proved to be the VIP of the game. Three times he tried to shoot an Inquisitor and 3 times the shot was deflected back at him. Wounded several times he kept getting back up and finally scored a hit, taking out the Seventh Sister. 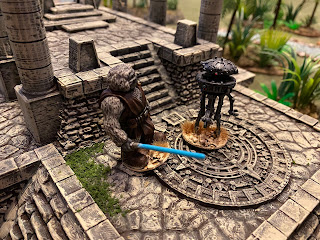 First blood went to the probe droid. A very confused Jedi then went down to a blaster bolt moments later. 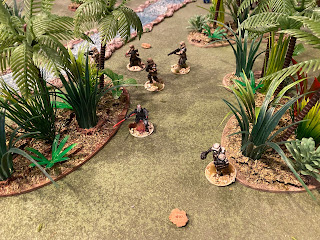 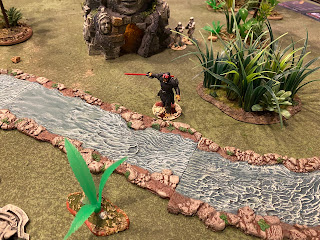 A quick Force Leap across the river to engage the Jedi... 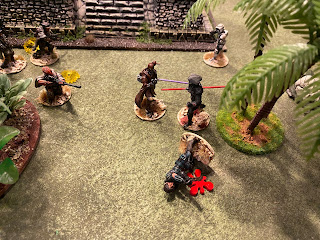 ...leads to a fight with Mace defending a certain Droptrooper. Mace skillfully removed the Sith's head. 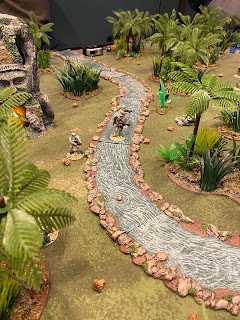 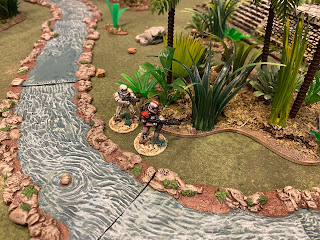 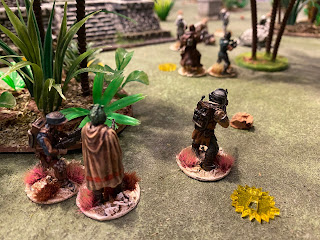 By turn 4 the Imperials have lost all 3 Inquisistors. Time to call in the drop ships and escape. 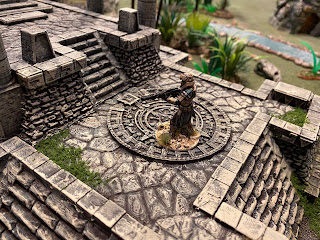 Great 6 player game over in 90 minutes! The Jedis were victorious with some really cinematic moments. The 2nd edition of Galactic Heroes is available for preorder now at Wiley Games, and the whole game can be viewed here!