Dash Dixon and the Secret Cargo

Dash Dixon and the Rocket Rangers have once again been called to action to save the Planet Covid Prime from the iron grip of Emperor Xorg-Khan and his corrupt Governor. 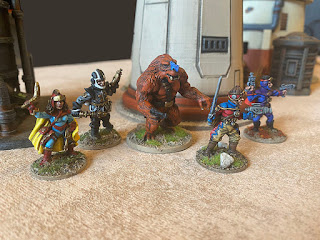 Dash and his pals land, ready to nab the Governor and take him to Justice! 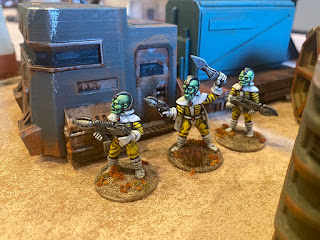 The amphibian Retrovarians have come to take a precious cargo back to their waiting ship. 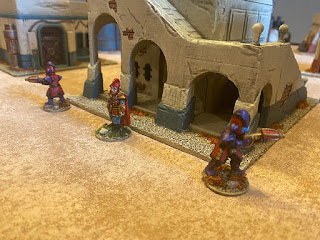 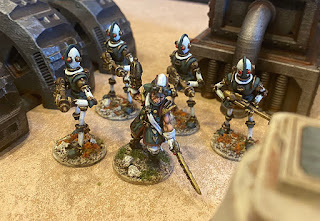 The Robot Legion has also arrived, looking for the rogue Techno Mage Mechanus. 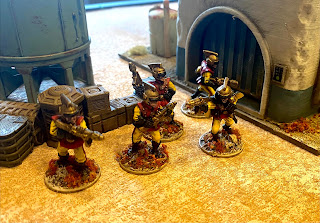 The Imperial Navy would like the Techno Mage back also 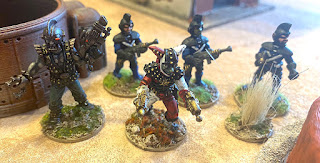 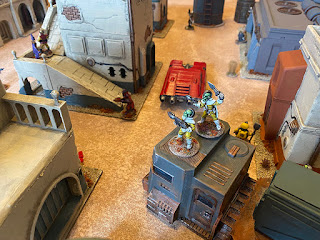 The game starts. The Retrovarians seize a transport from the spaceport to carry their cargo. The old clunker has some trouble getting started, but soon the aliens are plowing down the streets towards their ship. 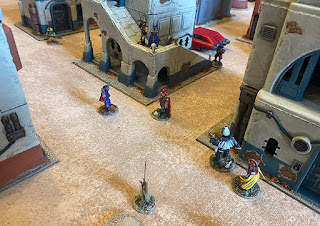 The Azullians stand between Dash and the Governor. A few blasts from his gun and Stella's sonic boomerang, and there are a few less shocktroopers... 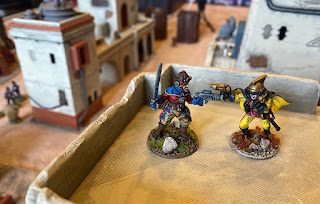 Catian Zultor of the Imperial Navy, searches for the Techno Mage, but runs into Dash instead. Dash lets his Powersword do the talking. Zultor is now minus one head. 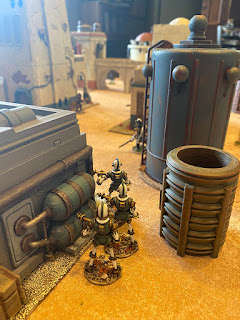 The Robots track down their Mage, but have to run a gauntlet of fire to get there. 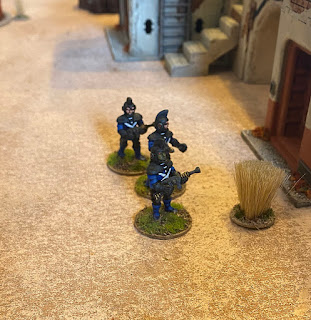 The Pirates, soon find themselves without a Captain. No one seems to like Corvus much, and he is quickly out of the game. 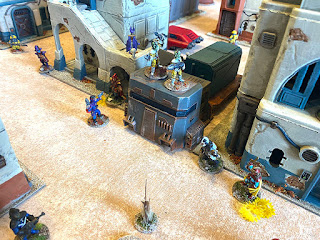 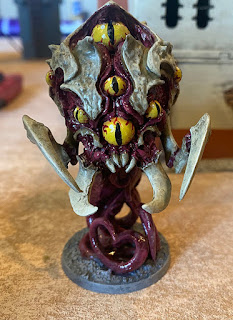 The pirates manage to set up a  road block, but the truck itself breaks down and spills the cargo onto the street. The cargo box open, What emerges terrifies all but the Retrovarians. 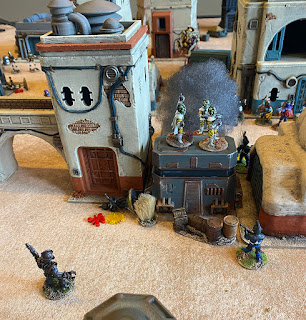 The Pirates are finished off along with the Azullians guarding the Governor. 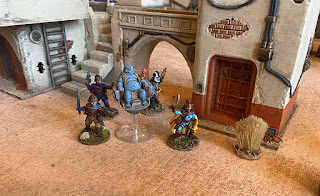 Dsepite a shot that should have been a killing blow (Dash has 9 Lives), Dash and remaining crew make off with the Governor, 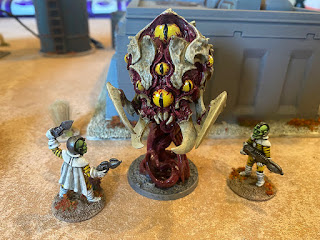 The Retrovarians are once again with their Alien god. 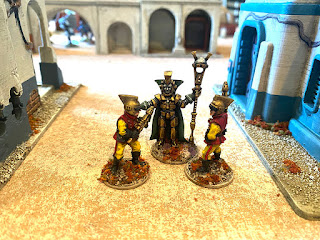 The Empire has back its rogue Techno Mage. Who knows what the next game will bring!?

We used Jokers to activate various Events in the game, like the cargo falling off, freak dust storms, etc.

All the players had objectives. These were all interwoven to give the maximum chaos. Speaking of players, I had the great pleasure of hosting this game remotely with the crew from Rocky's War Room in a sort of crossover affair. I'll post the video AAR here shortly.

Posted by BaronVonJ at 9:45 AM

Beautiful game. Makes me want to get out my copy of Galactic Heros and get some games in. Love the paint job on the 3D printed terrain too.

Great game and set up! I've missed battle reports, good to see you have found a way to keep playing.