Well, 2020 once again had its way. I missed a trip to London for BLAM and missed a chance to have Wiley Wargame Weekend, my own little convention here in town,

But I was able to put together a virtual addition. Thanks to technology, I was still able to play. I hosted 3 linked scenarios. note: Large colored numbers are there for players to be see their forces on screen.

Battle 1: A German airfleet clashed with an Anglo French fleet over the North Sea. A small section broke off and made a bee-line for a small village in northern England. There the home defense forces scrambled and clashed the Germans. The German fleet was decimated but managed to land a section ground forces near the village. We used Starfighters! fleet sized battles for this. 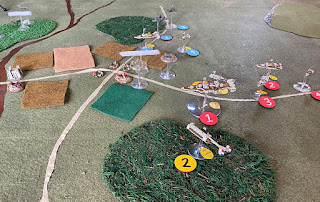 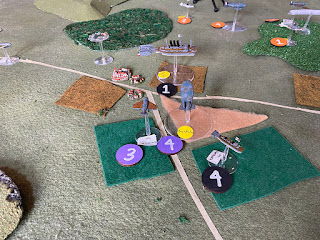 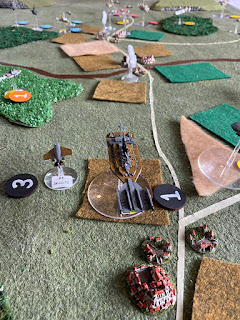 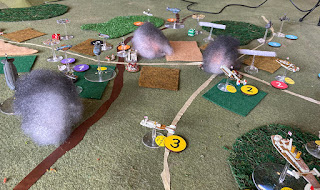 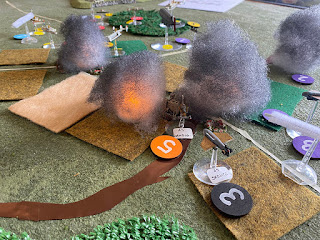 Battle 2: German troops make their way into the village in search of Dutch scientist Erasmus Van Wratchet and his newest technology. Possession of which could tip the balance of power in the world. The Germans were repulsed, but they would return. Straight Fistful of Lead for this one. 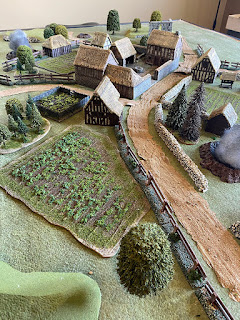 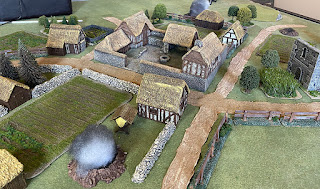 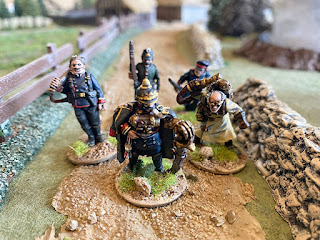 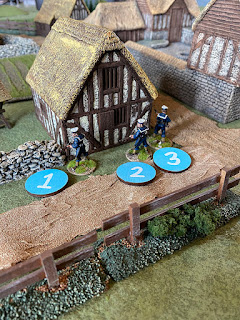 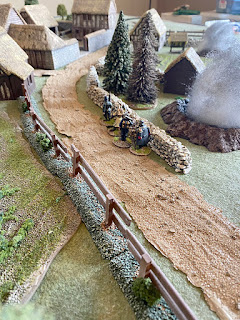 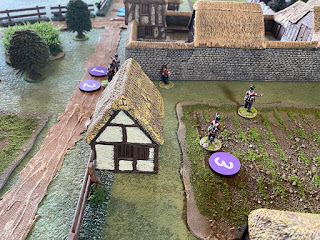 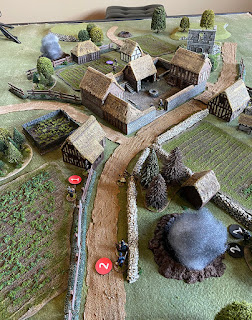 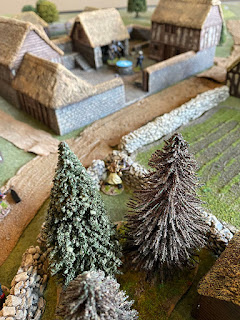 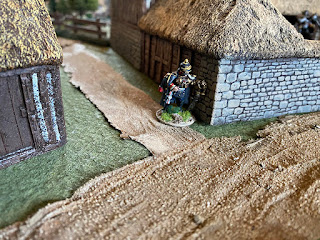 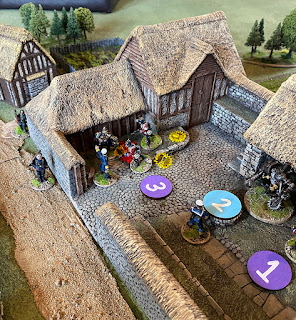 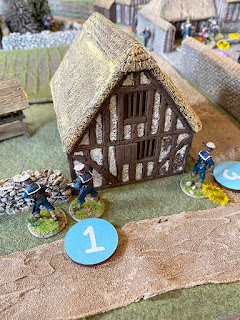 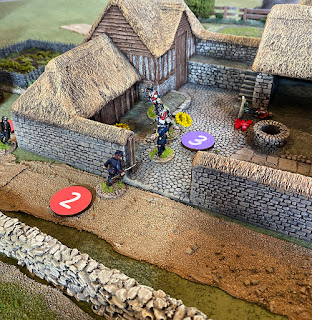 Battle 3: The Hun returned to exact revenge with larger forces. This time they were sent packing for good! A nice little game of Bigger Battles. 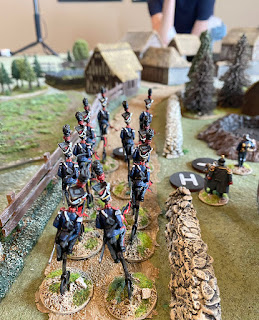 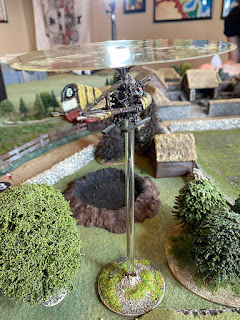 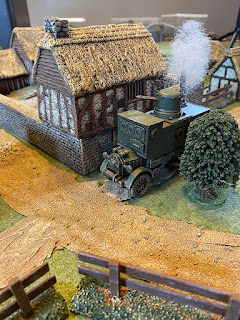 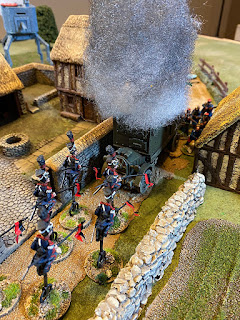 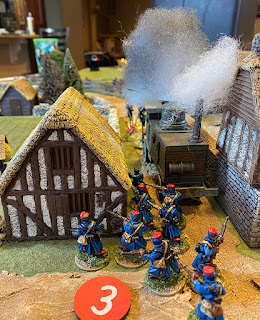 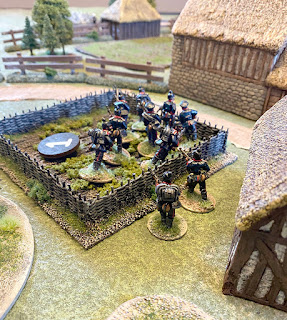 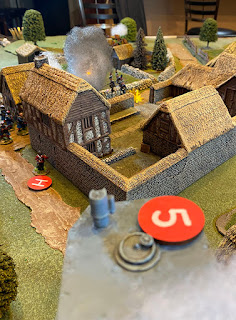 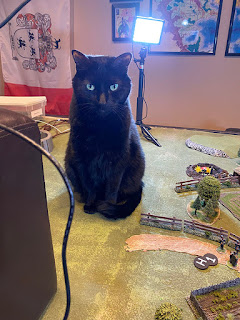 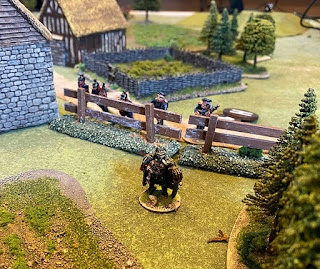 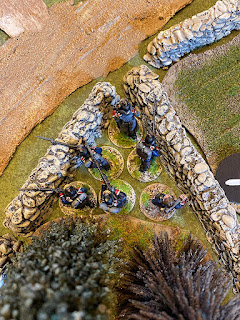 Although my back would argue differently, I had a really great time. Couldn't ask for a better birthday (unless it was with a pint in Jolly Ole). Thanks to all the players who made time to stop in and play.