"An Imperial scientist has gone rogue. He has valuable information and is being held at an Imperial facility on a backwater planet named Tatooine. Your mission is to capture him and find out what information he has."

That was the Rebel briefing. The Rebels are commanded by the extremist Saw Gerrara. There is also a group of Bounty Hunters willing to capture the scientist and sell him to the highest bidder. Oh, and don't forget he is being held by the Empire, led by Admiral Thrawn, the greatest tactician the Empire has.
We had a 7 player game, and it was not only a blast (pun intended), but a snail biter to the end. I ran Saw, and my forces did a lot of lousy dice rolling (The dice are with me. I am one with the dice), but luckily my Rebel partner had more luck. 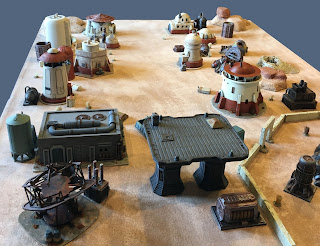 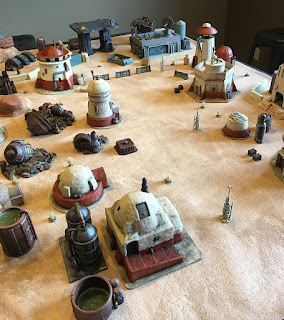 A hive of villainy 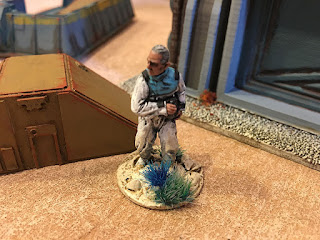 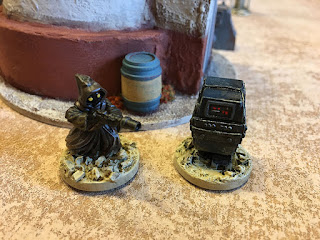 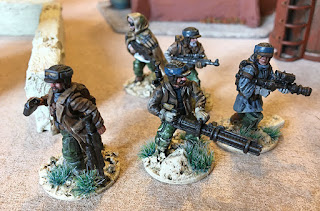 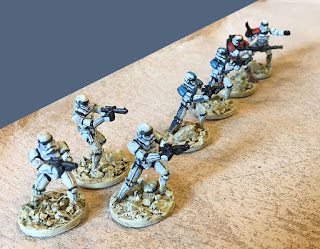 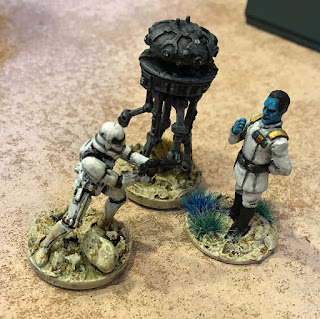 "Sir, reports are coming in of Rebel activity". 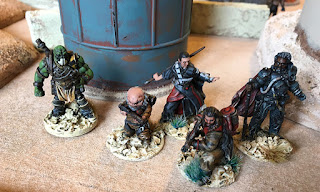 "Save the Rebellion, etc, etc..." Yes, I talked like him the whole time.
The Empire players started at both ends of the table, with the scientist inside their building behind a road block. Each player had a Leader, a Specialist heavy gunner, 2 Regulars and a group of Grunt raw recruit troopers.
The Rebels came in from the long sides, while the bounty hunters entered from junk pile. Scattered around the battlefield were secondary objectives. These were either Rebel or Empire, but players wouldn't know which until searched and flipped over to reveal. Bounty Hunters could use either.
I also put the Jokers in the deck. When played the triggered Special Events played out as they were revealed:
First Joker: Sandstorm- no visibility past 12"
2: Sandstorm ends
3: Imperial reinforcements (3 Grunts)
4: X wing staffing run
5: Enfant Mon joins Bounty Hunters
6: Sandstorm
7: Sandstorm ends
8: Imperial orbital bombardment
9: Rebel shuttle lands to pick up captured scientist 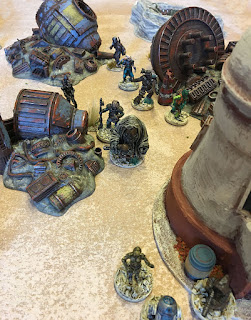 Bounty Hunters move in through the junk yard. 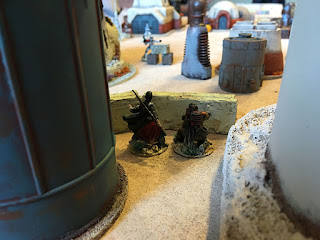 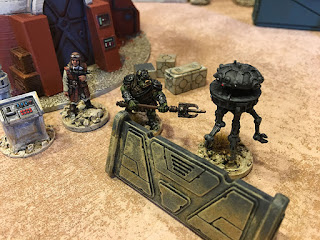 The didn't seem to favor anyone except the Mandalorian who couldn't seem to miss. Admiral Thrawn was killed in the Rebel staffing run, while the Stormtroopers were, well, Stormtroopers.
"Not the 501st, the 5-0-worst".
The Rebels were able to capture the scientist. They had a choice. Keep him as a captive, which involved giving up a fighter to handle him, or arm him and treat hime like another fighter. The second option was chosen, but it meant the next Joker that was played could try to control him (showing his true loyalty). He stayed Rebel. 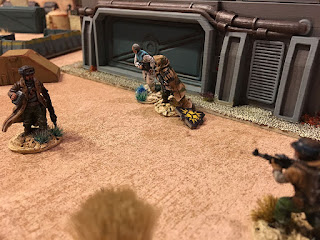 The shuttle arrived right on time and we called it. Galactic Heroes made another great, cinematic game. Now, what kind of info did the scientist have...? 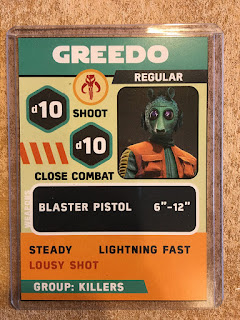 Steve (who painted the minis) did these great cards for the players.
If you want to play this particular game, we'll be running it at Wiley Wargame Weekend in October. 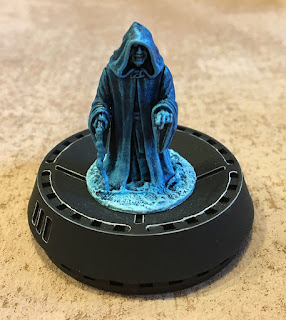 The Emperor is watching...

Posted by BaronVonJ at 8:37 AM

Great game! I feel sorry for all the snails that were bitten during it.