The Uprising: A Galactic Heroes Game 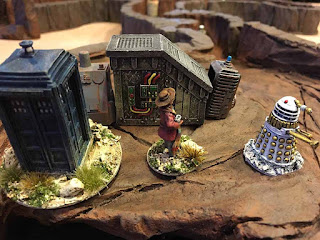 The Slave Mines of Drazzit IV are a cruel place, run by even crueler masters. Daleks have enslaved races from across the galaxy to toil away digging ceaselessly for ore to fuel their spaceships.

But now, a strange savior has appeared, promising freedom from the Dalek overlords. He brings weapons and a chance for escape!
Disclaimer: I am not a Dr Who fan. I know just enough Who-lore to be dangerous. But, we have a player amongst us who is very passionate about all things Doctor related and he provided the Dr Who minis while I provided the alien prisoners.
The scenario: There are 3 computers spread around the mines. On computer opens the gates, one releases the slave collars keeping each alien from using their innate abilities (Mutations form the upcoming wasteland Warriors) and the big console shuts everything down, including the shield keeping reinforcements from attacking the base.
The slaves start initially unarmed, but the Doctor can arm them simply by touching them and handing off weapons. The Doc can use the Tardis to teleport 3d10" on his turn.
In addition, if a player uses a Joker, he can trigger a cave in. This is just the blast template attack they can center wherever they want. 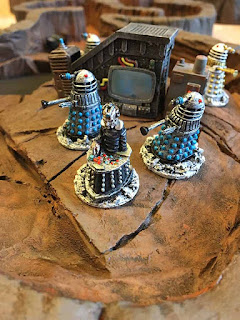 The Overlords and their Leader 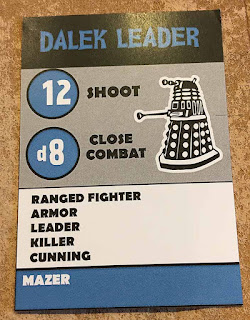 Sample card done for the game 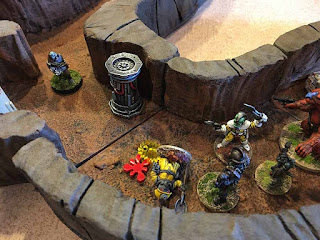 The slaves rise up, but without the Doctor they can only attack with shovels and picks. Those not gunned down are killed by rock slides. 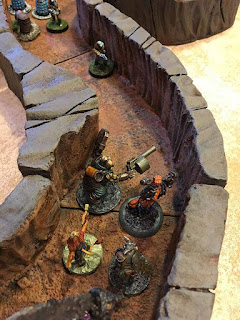 The Daleks minions are dealt with easily. It also helped that the Daleks  didn't have a problem blasting their own minions to get to the slaves. 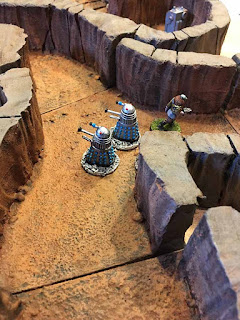 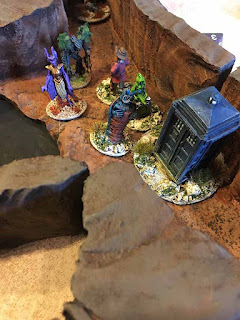 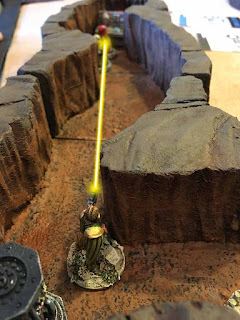 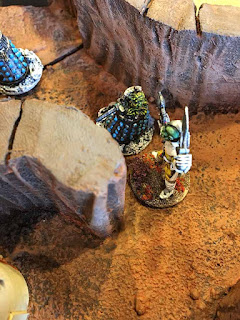 But they do die! Unfortunately, they have a habit of blowing up after you damage them. 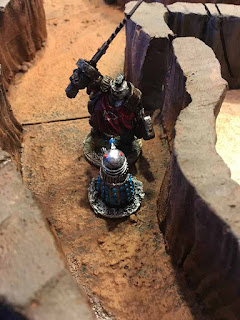 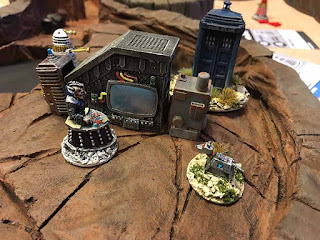 K-9 is blasted apart by Davros 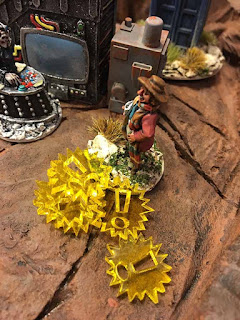 That's a lot of Shaken markers Doc. Time to get out!
The slaves looked like they might pull it off for a minute, but the loss of the Doctor and some brutal rock slides took their toll. In the end, only Krog and Jimmy escaped. 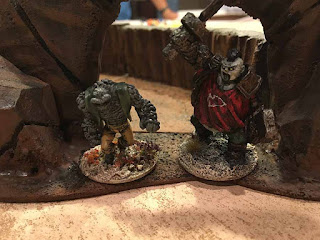 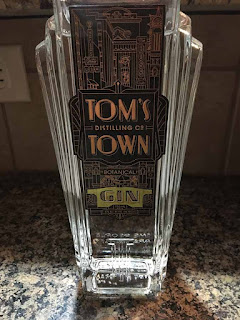 The slaves needed a drink afterwards. Time for some local gin.
Posted by BaronVonJ at 8:23 AM

looks great. love the laser shot effect u did in the one pic. great write up!