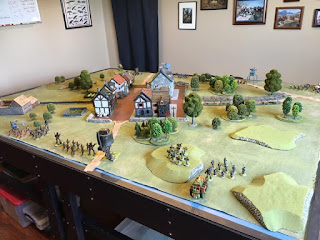 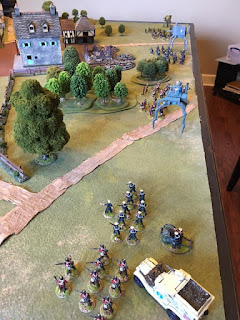 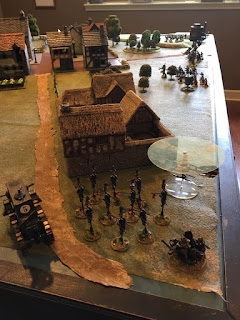 The German Empire
Had another great play test, another great battle.
6 players. 16 units on the table including armored contraptions and flyers, all fought to conclusion in 2 1/2 hours with drinking and BSing included. 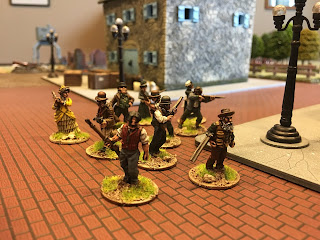 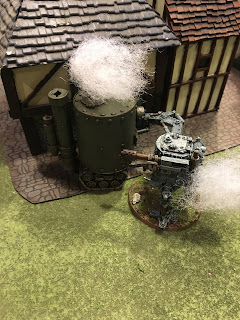 Contraption fight! The Killenkanners torn the Allied mech open with his Kannenopener 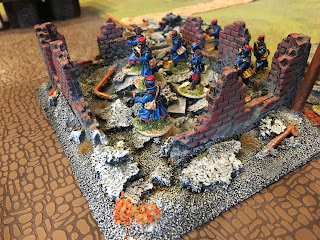 French in the ruins 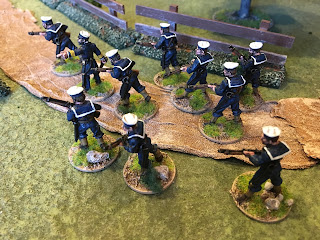 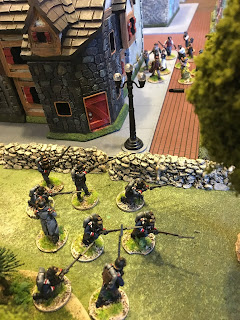 Luftmarines introduce themselves to the locals 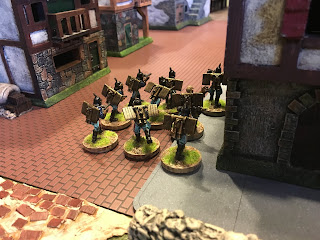 Rokkittruppen land with only one loss from their experimental jetpacks 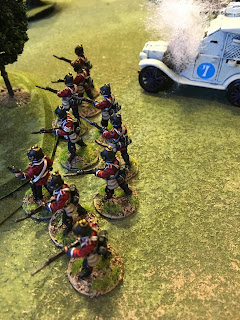 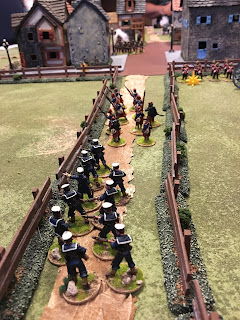 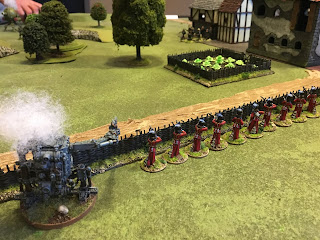 The Empress's Own Lady Hussars moments before their are wiped out to a man (er, woman)...
Few more play tests. Few more rules to tidy it up. Might run a game at RECRUITs.

Posted by BaronVonJ at 7:04 AM

great looking game. How big can the units be? The reason I am asking is that I have several units of cavalry with 8 figures and infantry with 16 figures which is the way they came from the manufacturer.

Should work with what you have.

This looks great! What are all the other contraptions? Just found your blog from Lead Adventure Forum, great stuff.