Engines rumble to life, echoing across the wastelands. It's time once agian for the Wastelands Cup!

The Racers on parade before the race. 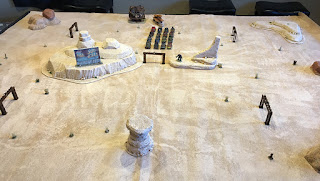 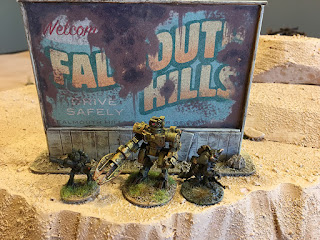 The race attracts mutants from the wastes. 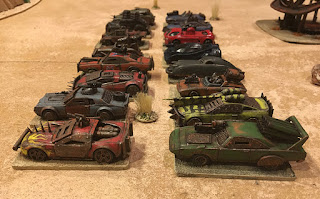 Contestants had a primary car and and a back up in case of elimination. These came in handy... 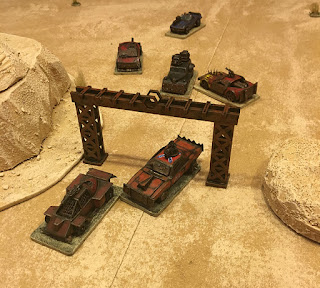 The mash up before the first gate. The introduction of the figure 8 track and gates made things interesting from the start. Gates activated and deactivated weapons throughout the race. Racers had to pass through them in order. Many crashed at or into the gates. 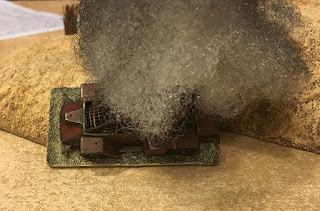 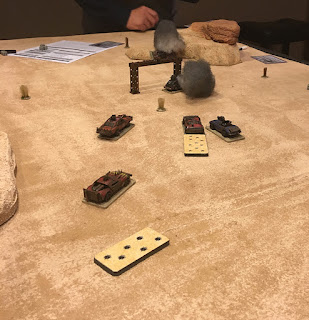 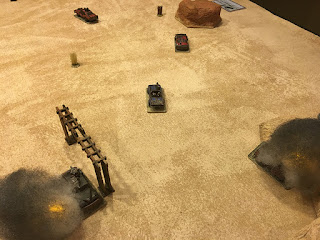 By Gate 3 there are 3 burning wrecks. 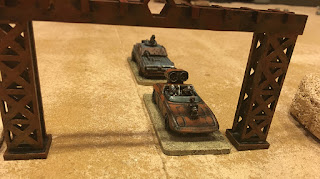 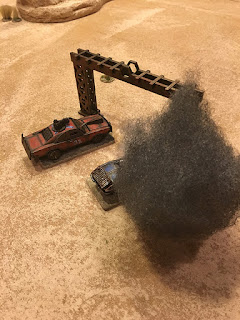 Soon, the Duke Boys are the only team still on their first car. 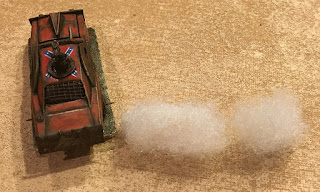 The Duke Boys skip around the final turn to victory!
The introduction of gates and the figure 8 track proved tricky for the players that want to hit full throttle and blaze away. The players who controlled the impulse and weighed risk vs reward proved the winners. Another great game of the old classic Axles and Alloys!

That game was an amazing amount of fun and filled with laughter. Brakes? We don't need no stinking brakes! Thanks for hosting.