Long have the greenskin hordes looked down from their mountains and coveted the riches of the denizens of the valley below. But always has their guardian, the wizard Valdamere protected them. Word has spread that the old wizard is dying. Now is the time for Garn Gorespear and minions to strike! 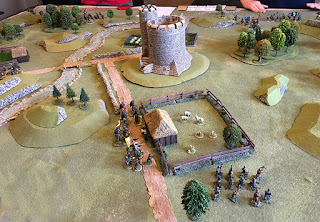 A few of the Duke's men scramble to intercept the horde. 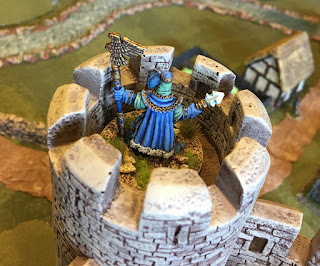 News of the wizard's death have been greatly exaggerated. 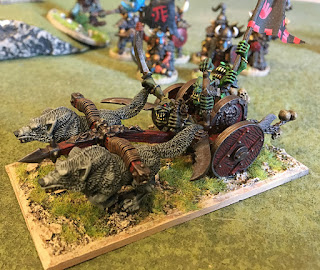 A goblin chariot streaks across the field. 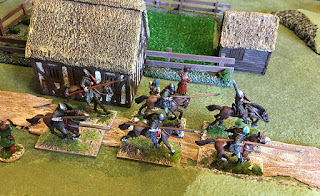 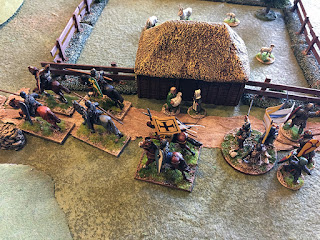 "Out of the way peasants! We're here to save the day!"

Gary looks for opponents, but finds only cabbages. 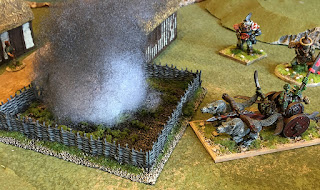 Let the burning and pillaging begin! 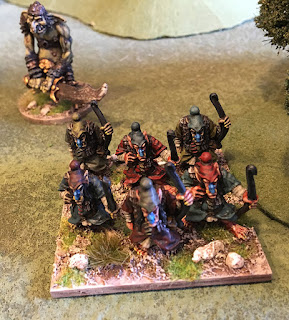 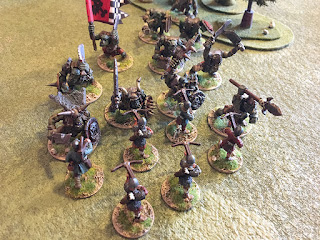 A few skirmishes fail to make their escape and are destroyed by orcs. 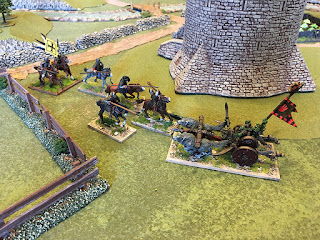 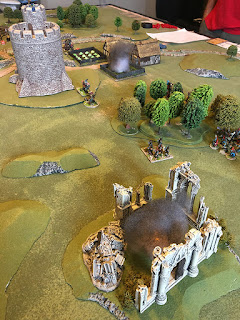 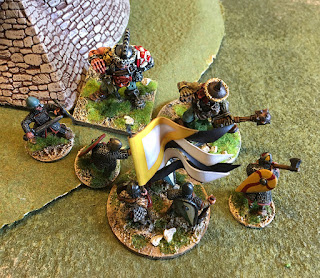 The Duke himself takes on a pair of ogres.
This turned out o be a great little 4 player game. On the small side for us. We usually play DR with each player getting 3 "Luck: tokens to preroll failed activations or poor attack/defense roll. Not this time.
The Duke's men could not get going until it was too late. I wrote this off as too much time getting lazy and fat in the valley.
We managed to decimate the Orc forces but not till after they burned most of the village. We had enough time left over to play Gorechosen, a great little gladiator game.
Posted by BaronVonJ at 8:40 AM

Nice report! Looks like fun. Great minis and terrain, too (I have some of those old goblin chariots)