It's been a awhile since we've played any Victorian SciFi. With the news I'd be hosting an 8 player game, cold boilers were stoked to life, battered old veterans were dragged from their plastic homes and piles of 20 sided dice were stacked in anticipation. 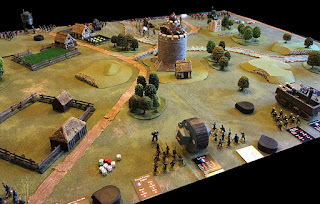 Forces marshal for the assault. 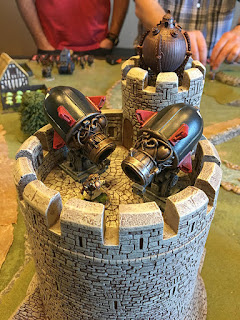 The tower laboratory of the mad professor. Both sides want his latest invention! 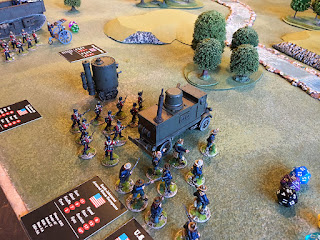 The American Expeditionary Force holds the right flank for the Allies. 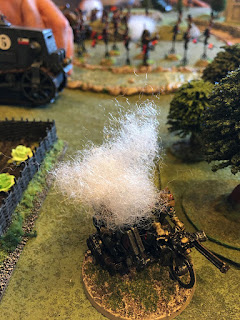 The Jaguar speeds ahead. This little beastie is usually dead within a turn, but he managed to dodge and weave until the end. 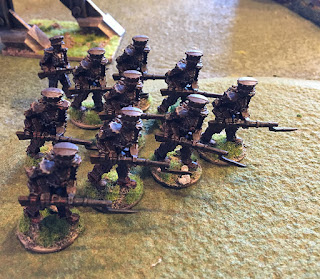 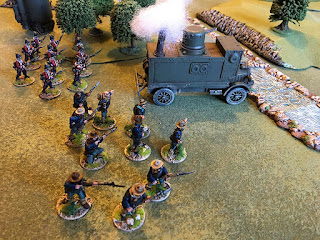 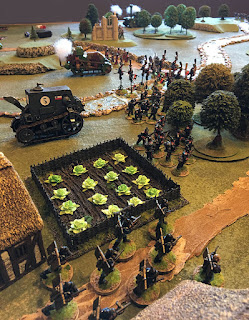 "Look at the size of those cabbages!"..german forces are momentarily distracted. 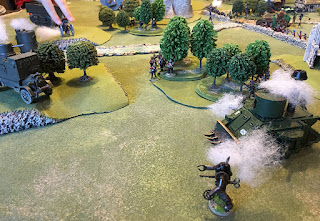 Krieghosen with tank support advance against the Americans. 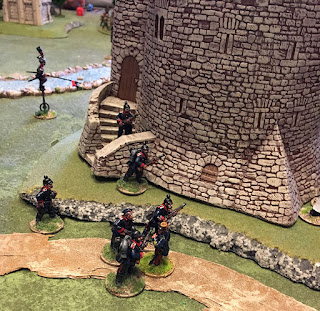 Meanwhile, the Germans abscond with the mad scientist. 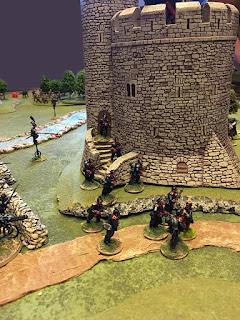 It was a close run game. I was glad to see the troops back to their terrible habits after a few games otherwise. The Rokkitruppen, Ulan Unicycle Lancers and Citizens Brigade died horribly and to a man without firing a shot. Contraptions failed when they were needed most and many beers were drank to salve the losses.

Posted by BaronVonJ at 1:08 PM

Great set up and miniatures! Looked like a good game...

Great looking game, looks like you all had fun.

I've been looking for some rules for VSF.... these look great fun.