Campaign for the Kingdom: The Final Battle 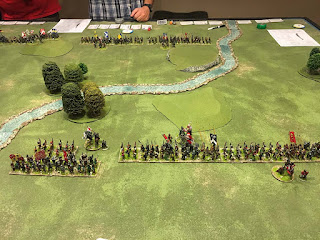 The War has raged for months. Years. Sometimes we forget. Nobles have risen to power, only to fall. Last night we were able to finally declare a winner at the Battle of Blood River. 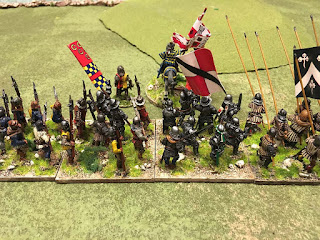 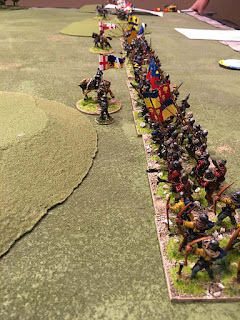 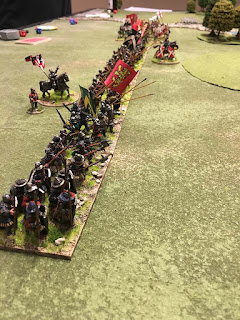 Lionel, Baron of Stonekeep faced off against Duke Horace of Dunharrow with their allied nobles.
Lionel was able to get his troops across the river first and force a double team on Horace's left flank. There might have been some duplicity by Horace's right flank commander. We'll never know. 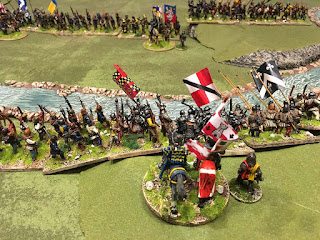 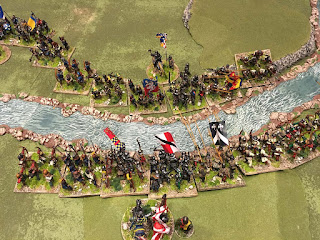 It was a clear victory for Lionel. Rarely do these rules give it up a one sided victory.
All hail King Lionel! But for how long.....? 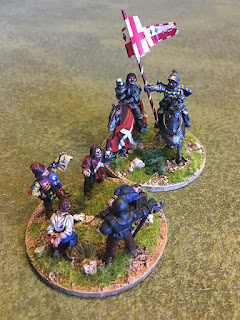 The game went fast enough, we were able to play a game of Flick 'Em Up! 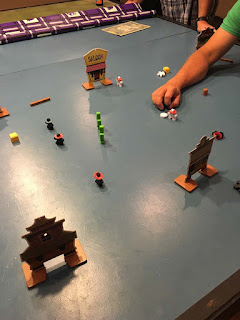 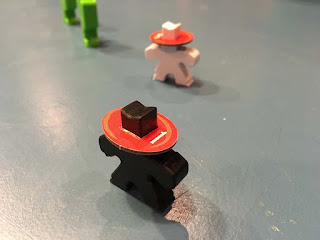 Posted by BaronVonJ at 3:26 PM