TSATF: Head 'em off at the pass

Last night we decided to "kick it old school" with some Sword and the Flame. TSATF has been around almost as long as me, and in many ways, like me, shows its age. But that doesn't mean it can't be fun.
One of our three Scotts club brought over his miniatures and his terrain and we tried a game scenario involving the British trying to get supplies through a dangerous stretch of hills to their fort. Scott actually backed off on the number of baddies in the hills awaiting the redcoats, and we still got slaughtered. 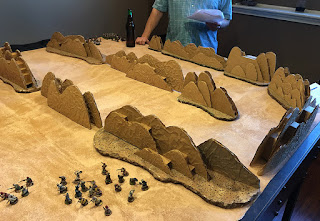 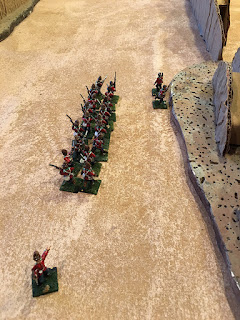 "I say, scout those hills." 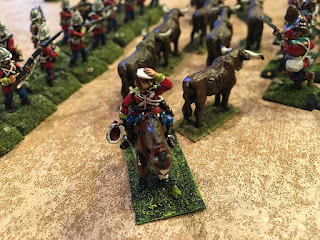 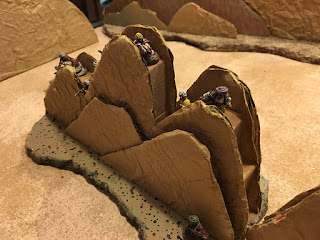 Gunfire from the hills 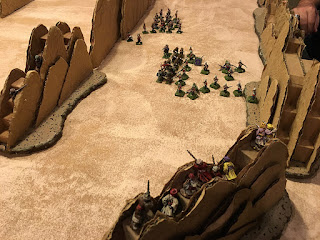 "It's a trap!"-RIP Admiral Akbar 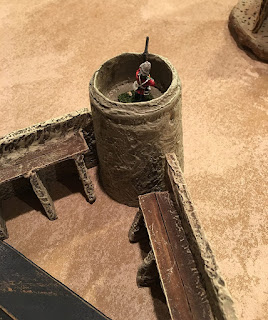 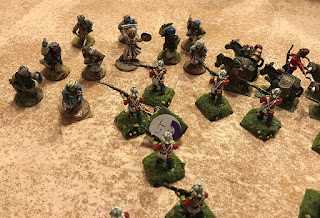 The British didn't even make the first turn, and the Afghans still had another unit in hiding. There are alot of quirks in the old rules. like the wounded natives on the ground attacking you, British forced to drag their wounded around that make things really tough. Makes me very excited for the upcoming "the Men Who Would be Kings" rules.

I love the variant rules like Sword to Adventure. Love these rules!

Great looking game. I was very taken with your hills and the way you used them double sided so to speak. I normally just have mine on the table edge. I will dig them out and use them like you. thanks for the inspiration.

I originally found the idea for the hills on the Major General Tremorden Rederring site many years ago. The original site was taken down some time ago. However there is a working site at the Internet Archive Wayback Machine! Here is the link for how to create the Hills/Mountains.

That is a great scenario and like everyone else said, love the hills! They would work great with my Wooden Soldiers, as they are the same dimension.
Cheers
Ths

Lovely looking game, and reminds me of the many hours I spent pouring over the Major General's site back in the day.