Department 13 has intercepted Top Secret Radio transmissions that the Empire of Japan is trying to resurrect Operation Kaiju on the island of Mauwanu Tatu. Dispatch the Liberty Legion with all haste! 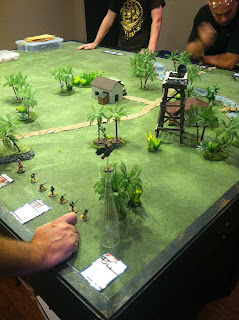 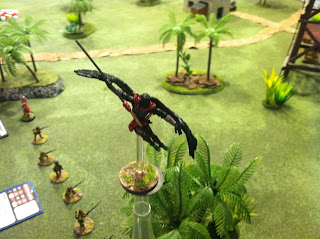 Tengu takes to the skies. 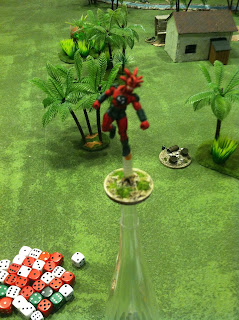 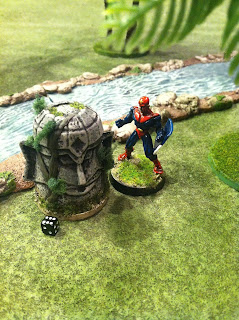 The Sentinel of Liberty captures the first target. 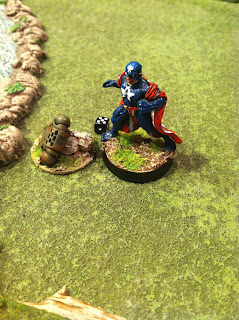 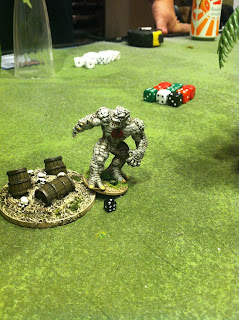 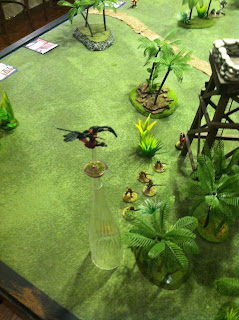 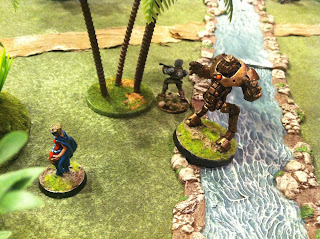 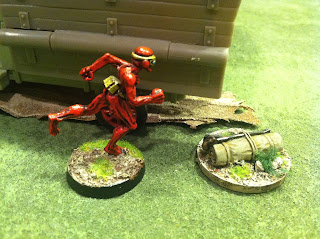 The Scarlet Speedster nabs some points. 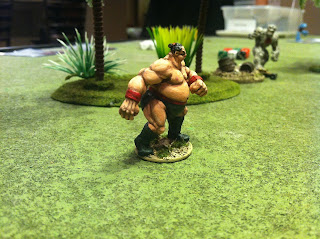 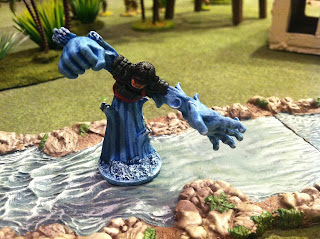 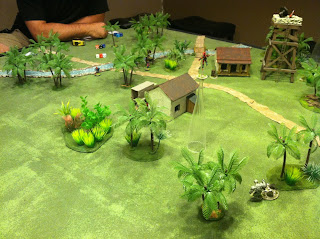 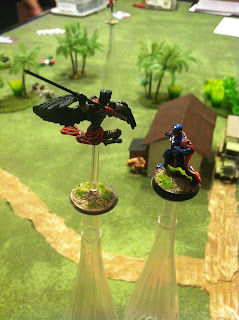 a battle for control of the skies. 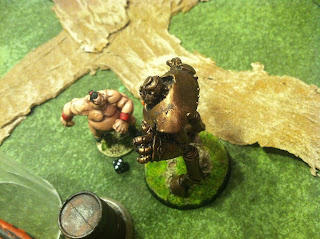 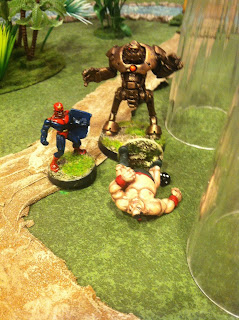 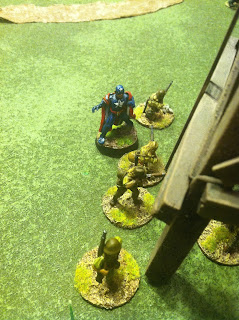 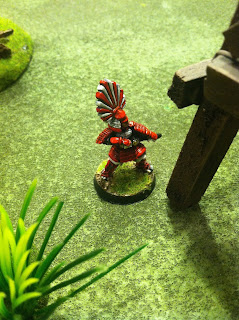 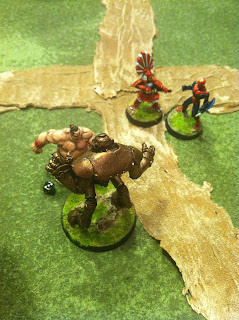 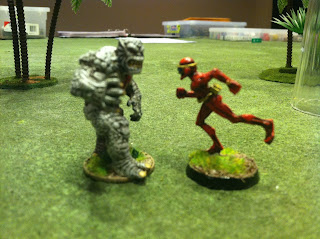 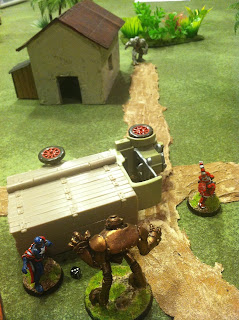 Oni takes out two heroes with a truck! The battle swayed back and forth, but ultimately ended in a tie. Both sides are eager for a rematch.
Posted by BaronVonJ at 4:18 PM

Nice to see a return to superhero gaming on your blog. I seem to remember the Japanese didn't fare so well last time, but you appear to have bolstered their ranks. Your Heroclix (and Heroscape) conversions are always inspiring and I may have "borrowed" your idea for a Southern-themed team. Keep up the good work.
Regards Jez

Yea, love the post and enjoyable as the last one! What game system are you using?

Supersystem v2.
The Japanese fared better thanks to two things:
1- I lost their stats and had to remake them, possibly for the better.
2- The American heroes are a little more balanced. Last time the British heroes, which are a litter more min/max types, wiped the floor with the competition.