Once more into 5 Core 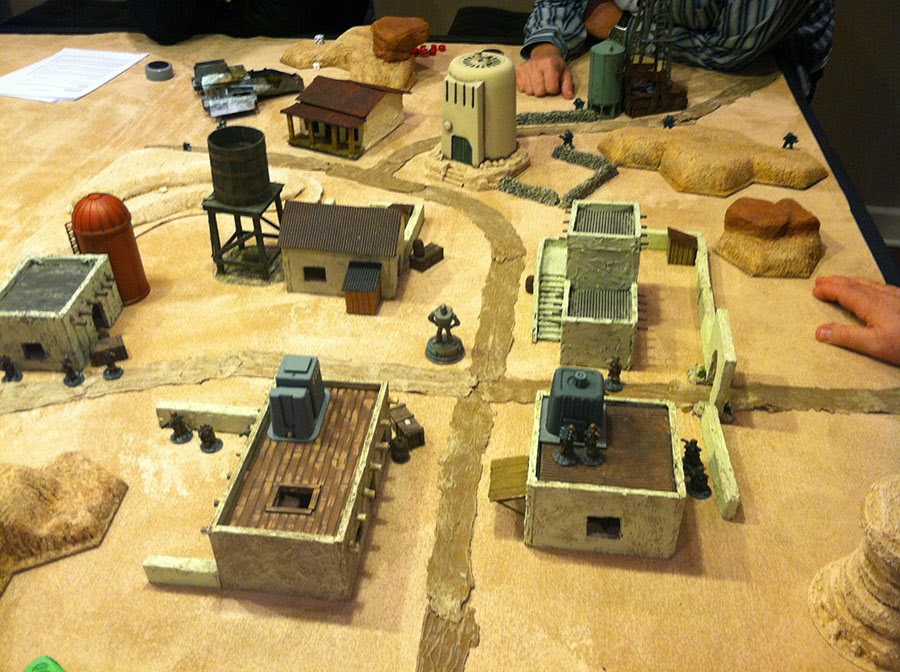 We had a small group (even got the Boy to play) last night. It was perfect chnace to run another 5 Core game.
This was a follow game to the previous Rebel victory. Flushed with success the Rebels move up to the next no name town that seems to populate their miserable world, hoping to wreck a few key objectives. Rebel forces hug all available cover
They had five to choose from, everything from a statue of galactic hero Bud Lastyear, to a run down refinery. Five objectives the defending Marines knew about, but the Rebels only cared about 3. But which three?
Once again the Marines were outnumbered. Mostly for balance issues as the Marines have armor saves the Rebels do not, and better weapons.
It started out very cautious for both sides. Then, the Rebs let a missile fly at the refinery. A miss. There's one objective identified! 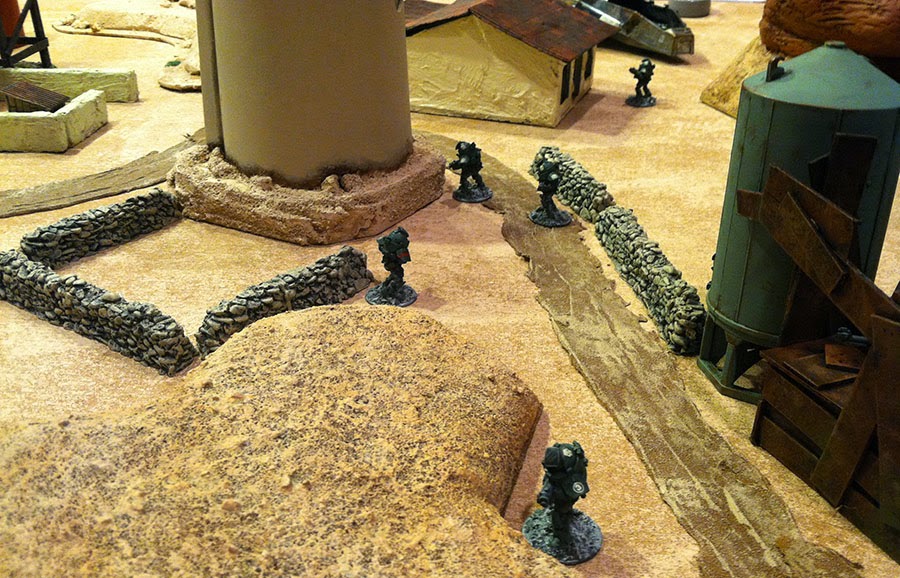 Marines move up to hold objectives 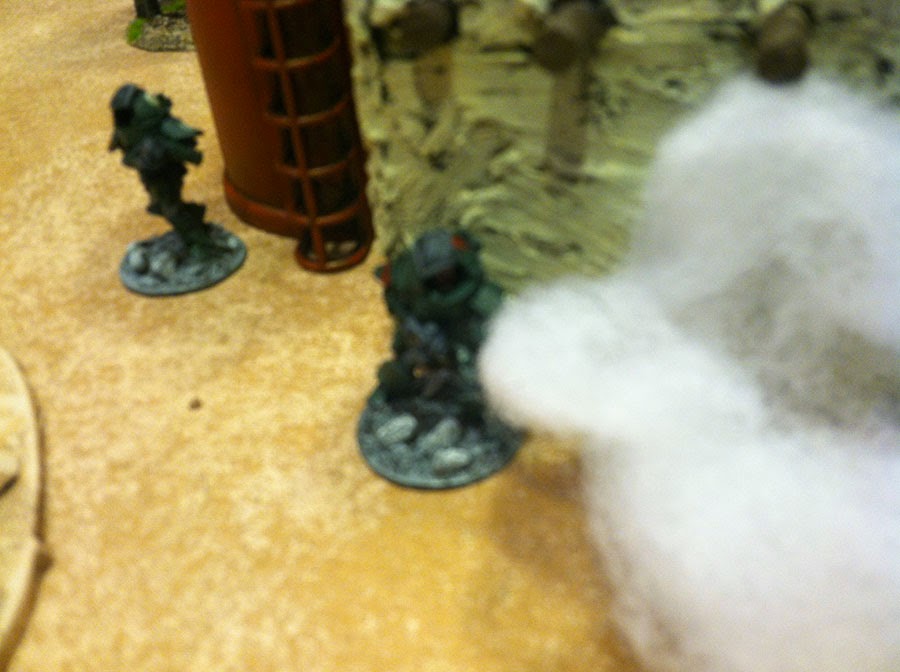 Marine Captain Kargan takes a direct hit from a rocket and survives thanks to his armor.
A brave Rebel ran into the empty street, survived incoming fire and then placed a demo charge at the base of the statue. Three turns later, BOOM! One objective taken out, the symbol of Galactic oppression.
There was alot of "Scurry" and "Firefight" events rolled. This made some interesting decisions. ONe player "figured things out" towards the end and used a Scurry to place all his men ready to open up. The next turn, the Marines peeked out to fire at the now exposed Rebels and were immediately met with a hail of fire from the ready Rebels.
The refinery went down to another missile, and in a with the Marines pinned a final rocket took out the final objective.
Another good game. I think we did everything right this time. Not a game for the gamey or faint of heart. If you loved Squad Leader, you'll like these rules.
Posted by BaronVonJ at 9:10 AM

Thinking ahead and setting yourself up to take advantage of "fire fights" or locking down fields so the enemy can't move without getting Shock dice is a big key to "figuring out" the game. Well played.