A quick picture of a quick game 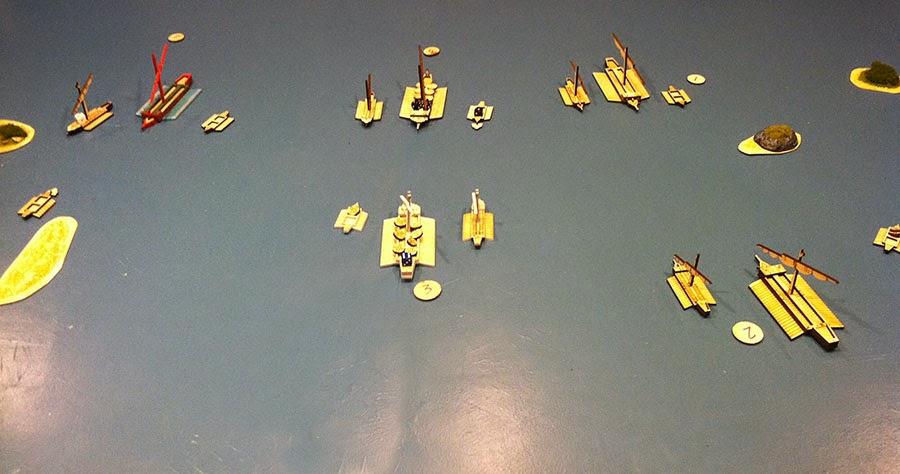 Last night I had the pleasure of trying out the soon to be released "Galleys, Guns and Glory" rules by Skull and Crown, that go with their great ships.
As I mentioned before, I was able to get a hold of the pre-release ships thanks to trade. I'm doing all the flags that will come with purchase of the ships, in return for a fleet of said ships.

The game was easy to pick up and fun to play. Something I need as most Game nights are essentially mini conventions. There was hasty gun fire, fabulous critical hits, desperate boarding actions and lots of blood in the water.
We didn't use alot of the extras like special Captains or national traits, just to let everyone get ahold of the rules, which they picked up within 2 turns. Victory went to the Turks this time.Now, back to painting ships...
Posted by BaronVonJ at 9:30 AM

Crappy time to get the flu. Sorry I missed it.