Another night of 5 Core 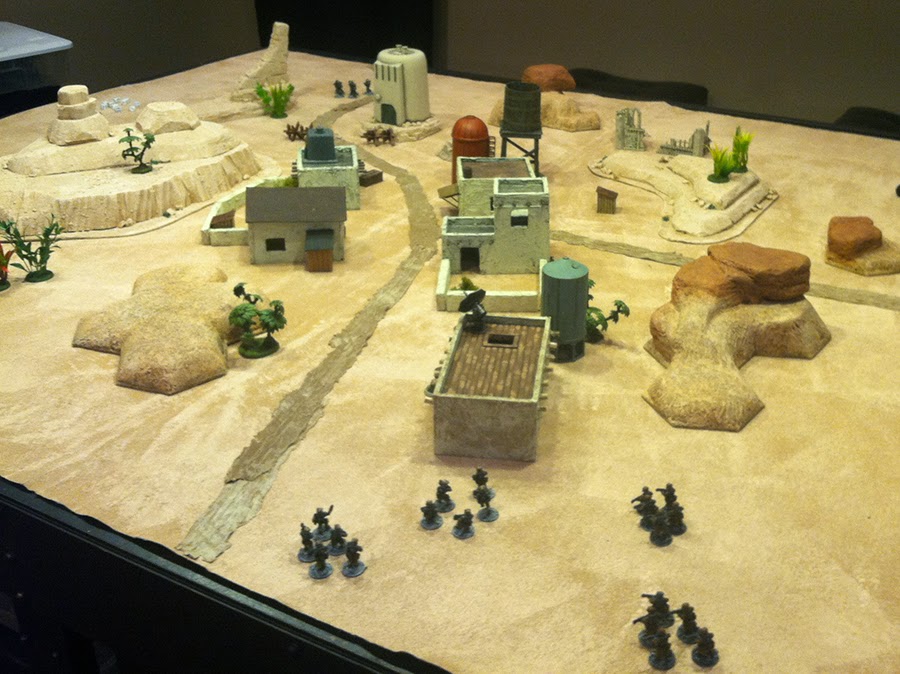 We had so much fun last week, I thought we've give 5Core/5 Parsecs another try while I wait to paint up the crap-ton of minis it will take to play Lion Rampant. 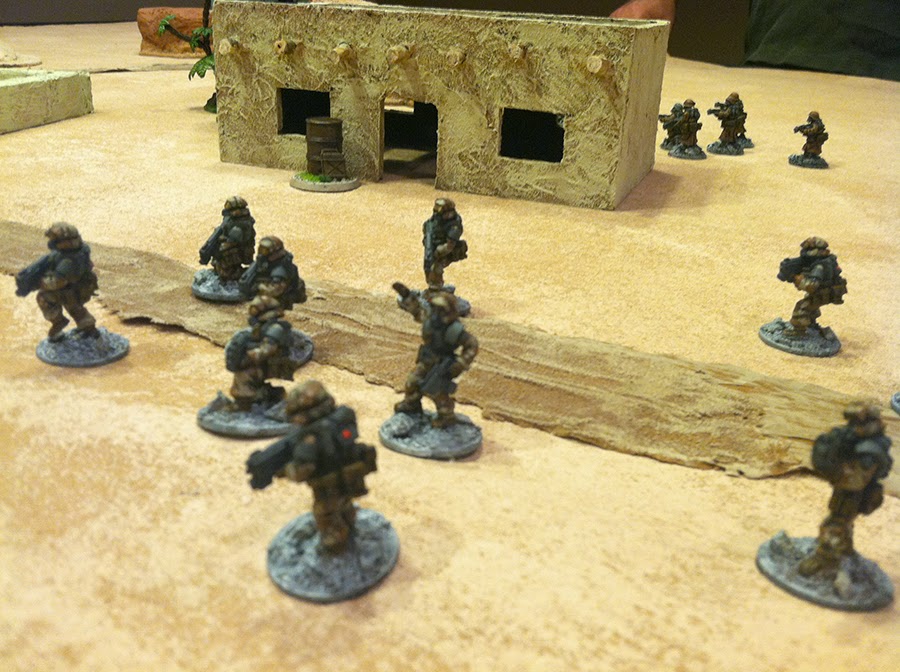 Militia advances
The scenario involved some rebel planetary defense militia attempting to capture a no-name town on a back water world. The Unity government decided to respond with sending in an Assault Marine squad. Both sides started with an objective and had to take one on the far side. 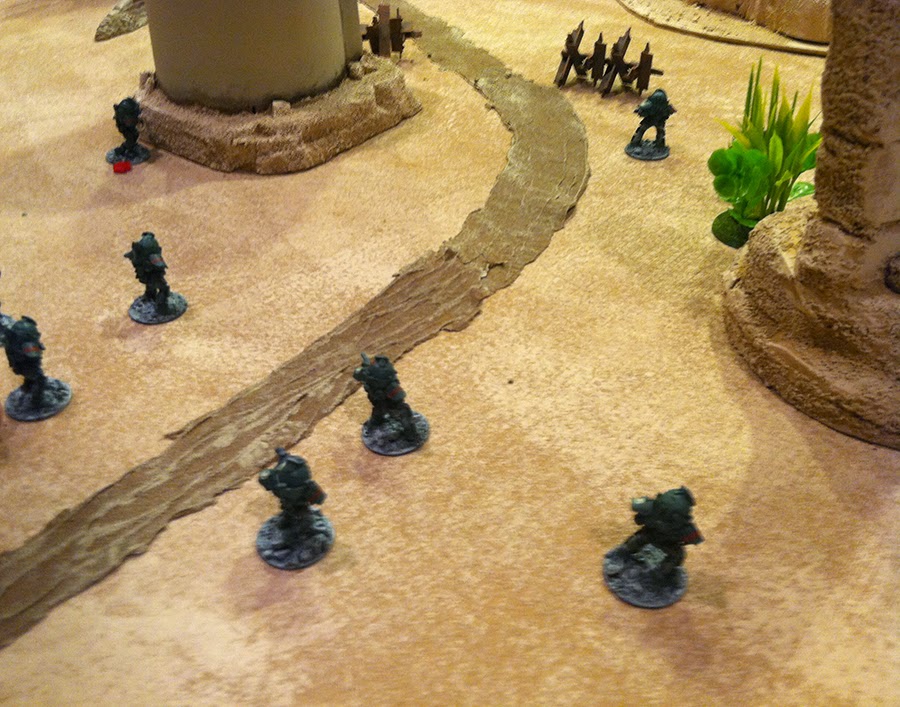 Marines move up to meet them. 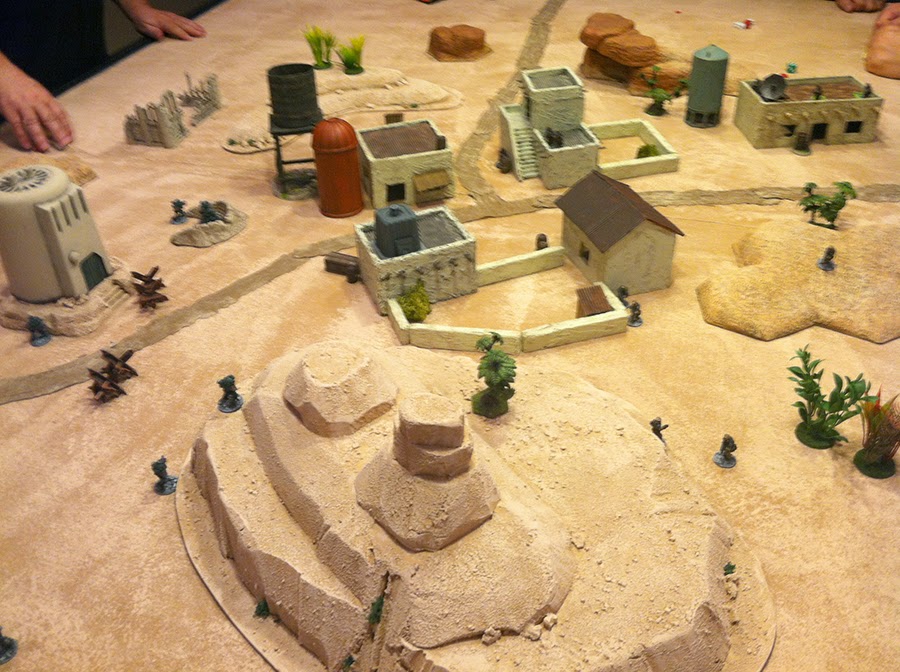 I decided to give the militia a 2-1 advantage because the Marines were armed with the particularly nasty Assault carbine and had Power armor.
An otherwise enjoyable game was ruined by yours truly by missing a single line in the rule book that would have let the marines advance after some terrible Event die rolling. I missed that the "Firefight" Event allows you to move if there are no targets available. The Marines rolled Firefight like 3 times in a row, allowing the militia to take positions quicker. 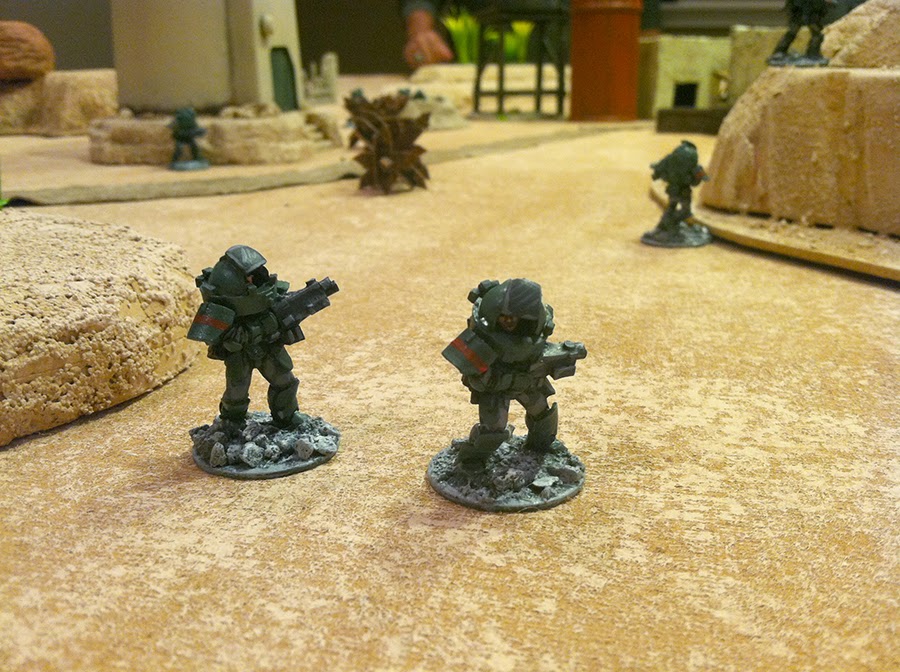 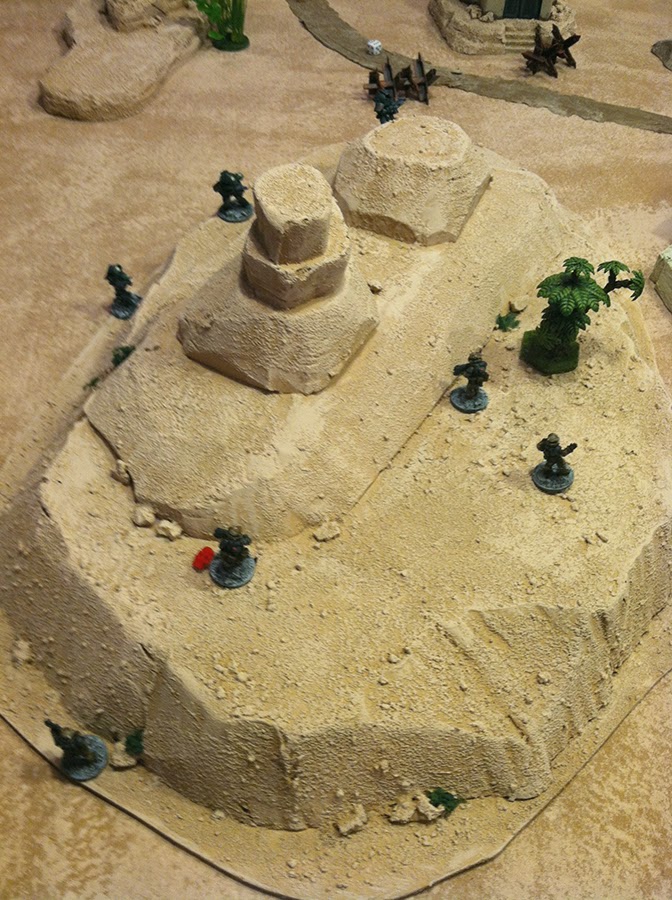 The battle for the hill is a stalemate, but it forces the marines to commit half their dwindling numbers.

The game otherwise does a great job of handling modern/near future warfare. It is really hard to dig out troops in defense. A well placed guy with a machine gun can hold down an enemy platoon. So, you have to flank them or force his head down while you advance.
In the end, the militia was able to out flank the marines by massing their firepower down the middle to keep the marine's heads down.
You either like this kind of warfare (a thinking man's game IMHO) or you don't. Line 'em and shoot ain't gonna cut it. Go play 40k.
Posted by BaronVonJ at 11:59 AM

What a great looking table!

Lovely looking scenery, great looking minis and a top batrep - can't ask for anything more. Many thanks for posting this, and now I've found your blog I look forward to reading more :-)
Blaxkleric
http://fantorical.blogspot.co.uk

Glad the game went well and wicked looking table.
Was this in 28mm as well or 15? I don't recognize the figures.

28. Pig Iron for the rebels. Old Gl0ry/Westwind for the marines.